A 33-year-old teacher has been arrested after three children were allegedly found inside her vehicles trunk.

A 33-year-old reading teacher was arrested after three children were allegedly found inside her vehicle’s trunk.

Officers with the La Vergne Police Department answered the call at a Speedway gas station on Murfreesboro Road Sunday, after receiving a tip from a citizen. 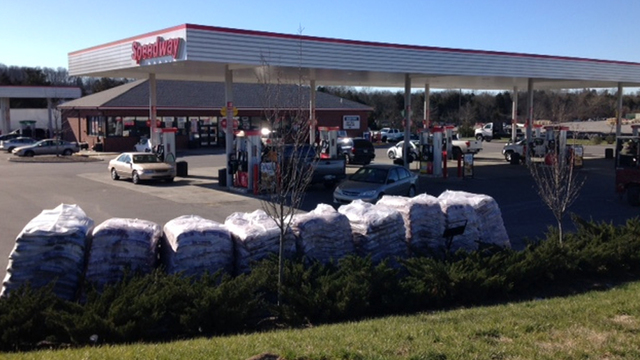 The unidentified person claimed that a woman was seen with kids in the trunk of her car.

Officials confirmed that Andria James was charged with three counts of reckless endangerment in the case.

According to police, three small children -- ages 9 and 10 -- were found in her trunk, while six other kids were found in the cab area of the car.

Parents were called and to pick up their children.

James was arrested and charged with three counts of reckless endangerment. A court date has been set for March 9 at 8 a.m.

But James said there were only six children with her in the car.

"They were in the car and we had seatbelts they were not transported in the trunk," James said.

She says she knows exactly who called police. James said she took some of the kids inside to get snacks and pizza and saw them.

"A Caucasian couple and they were very irritated because it took us too long to order," she said.

Metro Schools officials said James was a part time tutor, and would be placed on administrative leave. A parent of one of the children told NewsChannel 5 she was an intervention teacher at Alex Green Elementary School.

She will be placed on administrative leave as soon as district offices reopen in the morning, as is standard procedure when an employee is arrested. We are in contact with the authorities in Rutherford County and will cooperate fully with their investigation. Obviously, the acts she is accused of are completely inappropriate for an educator entrusted with caring for students, and we will take further disciplinary action if needed as more details come to light.

One parent, Regina Rogers, was furious when she got the call from police.

"When I got there all the kids was piled up inside her vehicle, crying , scared. Was crying for their mothers, you know. I was very shocked," said Rogers. "I was very angry, very, very angry, but I kept myself together, as an adult an a mom of 6 kids."

Rogers said she allowed her kids to go with James for a weekend of fun activities. Rogers' daughter, 9-year-old Jashawna Roucker, said they did things like swim at the YMCA, go to the skating rink, and play at James' house.

Jashawna said during the weekend James would split the children up, taking only a few in the car at a time - except for the one trip to the gas station.

James says that trip was out of necessity. She says a stranger followed her to her house and she felt like she needed to get to kids out of there.

"The kids weren't safe at the time so I transported them to a safe environment," she said. The gas station is just outside her neighborhood.

Even though Jashawna said she didn't feel scared or in danger with James, Rogers said the teacher should be fired for what happened over the weekend.