A suspect search got underway in Madison after a man allegedly raped a woman and then led police on a high-speed chase in a stolen car.

Officers with the Tennessee Highway Patrol and other law enforcement agencies have arrested rape and theft suspect Cordarius Caldwell in Chattanooga after a short chase.

The MNPD Special Response Team told THP and FBI agents in East Tennessee to be on the lookout because Caldwell had left the Nashville area. 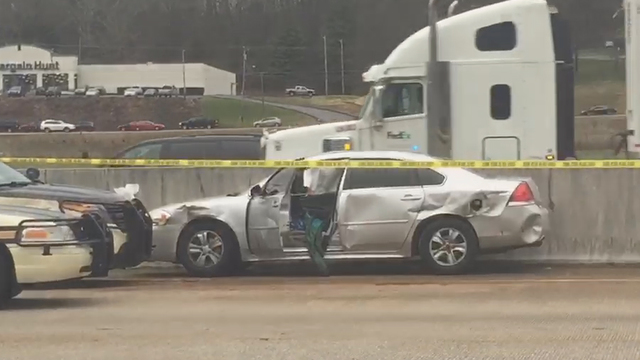 The chase caused a large traffic back up along I-24 East in Chattanooga. The blockage has since been cleared, and even though traffic was moving it was moving very slowly. 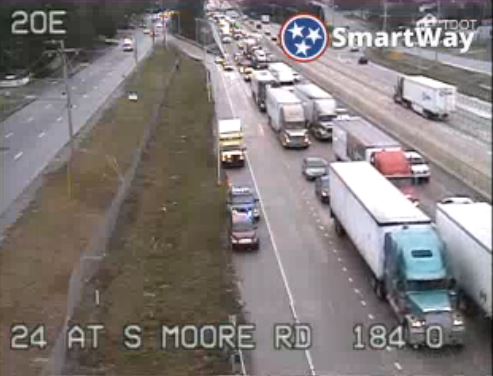 Earlier Wednesday, Metro Nashville Police officers identified the 20-year-old Caldwell. He allegedly raped a woman and then led police on a high-speed chase in a stolen car.

Officers with Metro Nashville Police were called to a home Cherry Street in Madison after neighbors reported seeing a suspicious person in the area around 2:15 a.m.

Witnesses said they heard the woman screaming that she was being held against her will.

When they arrived, police found her crawling out of a window and hysterically yelling that she’d just been raped.

Police setting up crime scene tape around home on Cherry Street where a woman was reportedly raped. @NC5 pic.twitter.com/zQnSig5b7Q

Caldwell was seen fleeing the house which prompted a foot pursuit in the area around Old Hickory Boulevard and Gallatin Pike.

According to police, Caldwell stole a vehicle from a woman at a nearby Shell station. She had apparently left the car door open while she went inside to buy cigarettes.

From there a police pursuit ensued, with speeds topping 100 mph at one point.

Officers eventually had to call off the chase due to the high rate of speed.

The vehicle was described as a grey Chevrolet Impala with a dent in the door and a temporary tag. It was last seen in the Brick Church Pike, Trinity Lane area.

Caldwell was charged with aggravated rape and false imprisonment after allegedly sexually assaulting a 20-year-old woman at gunpoint.

Police said Caldwell brought the woman to the home on Cherry Street from Rutherford County after becoming acquainted with her through Facebook.

Officials have taken 21-year-old Zachery L. Hunter into custody. They confirmed Hunter was inside the home at the time. He has been charged with aggravated rape and false imprisonment for allegedly having knowledge the sexual assault was taking place and not attempting to stop it or render aid to the victim.