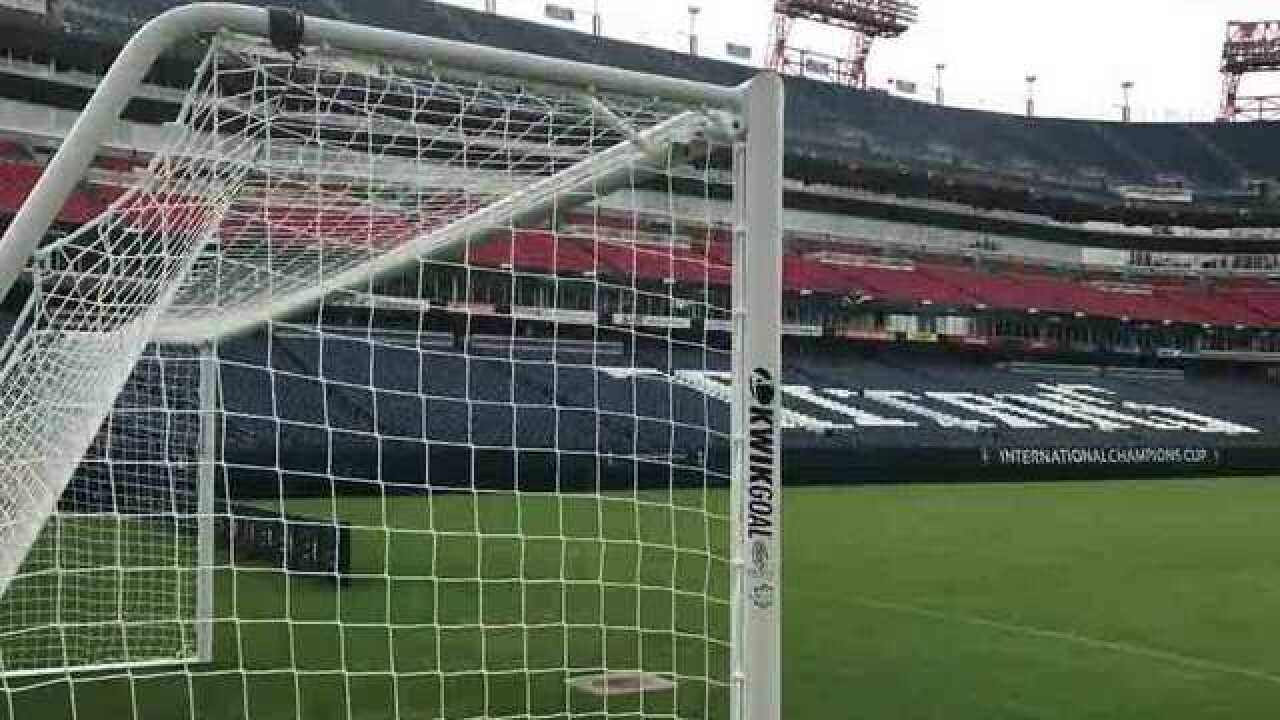 Another possible record-breaking crowd of soccer fans has been expected at Nissan Stadium to watch the International Champions Cup.

English Premiere League teams Manchester City and Tottenham Hotspur will play for the first time in Music City on Saturday. More than 50,000 fans have been expected to attend. Organizers said they're expecting a great atmosphere inside the stadium.

The match comes just three weeks after more than 47,000 fans watched the Gold Cup Opener between the U.S. and Panama at Nissan Stadium.

The Nashville Soccer Club has helped promote the event. The club will start playing in Nashville in March of 2018, and officials said they have watched the excitement continue to build for soccer in Nashville.

“We’ve seen through our fan base, it’s a young, multi-cultural, dynamic market,” said Court Jeske, CEO of Nashville Soccer Club. “Fans are educated and ready to jump on board.”

Nashville is currently among 12 cities in the running for a Major League Soccer (MLS) expansion team. Local supporters believed strong turnout at another major soccer match will help the city’s case for a team. MLS has planned to make the decision in December.

“Soccer here is going to be crazy successful,” said Andrea Yoch, Marketing Director for the International Champions Cup. “I am looking forward to seeing what happens in the next few years.”

There will be a Fan Fest in the parking lot of Nissan Stadium Saturday at 1 p.m. The event will feature merchandise from the two teams, food, and family activities. Gates have been scheduled to open at 3:30 p.m. with the match beginning at 5 p.m.