Thousands of people have descended upon Nashville to take part in the St. Jude Rock 'N' Roll Marathon.

Some 34,000 people will venture on the trek through Nashville – only about half of those runners are actually from Tennessee. The other 53 percent come from other states.

Runners got prepared at the Health and Fitness Expo at the Music City Center Friday afternoon.  They were able to pick up their packets, and do a little shopping for gear needed for the run.

"You hear some great stories people who are fundraising for St. Jude or running for a certain reason," said Elisa Hoffman, who registered runners.  "It's great to hear those heartwarming stories."

Runners will take part in either the 5k, half marathon, or full marathon on Saturday morning, and this year there is a new course. 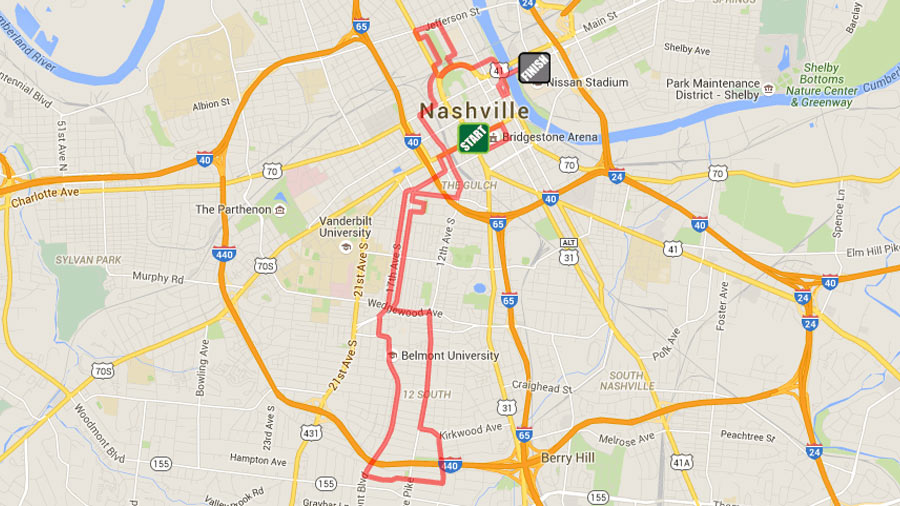 The course will lead participants past the Schermerhorn Symphony, Music City Center and the Musica Roundabout before finishing outside of Nissan Stadium.

For those running, there are 13 Medical Stations, 17 Refreshment Stations, and 800 Volunteers at Water Stations.

An interactive course map is available on the marathon website that displays bathrooms, water and Gatorade stations, music stages and other stops along the way.

Several hundred Metro Nashville Police officials, along with other authorities, will be on-hand to provide security for the race.

Event organizers said they were monitoring the weather reports and would keep runners informed.

"As of now, it's business as usual," said Kevin Buffalino, Event Manager for the St. Jude Rock 'n Roll Marathon.  "We do have contingency plans in place, of course, an will implement plans if need be."

Runners said they felt prepared and ready to go.

"I feel like it will be a challenge," said Jay Yampolsky, who was running is fourth marathon.  "I think the hills could be a factor, but I’m mentally prepared."

"It makes us feel good we can do something to contribute back," said Jon Cameron who helped raise $11,000 for St. Jude Children's Research Hospital.

Police said anyone who plans on parking in the Pinnacle Bank garage should do so by 6 a.m.

There's also a Post-race concert at Bridgestone Arena with The Wallflowers headlining. Doors open at 6 p.m. and the concert begins at 7 p.m. The concert is open to all registered runners and volunteers.