Authorities have released new surveillance video of 9-year-old Carlie Trent and Gary Simpson at a grocery store in Hawkins County the day she disappeared.

The new video released Tuesday shows the two at a Save-A-Lot in Rogersville on May 4. Simpson appears to be buying several items in bulk, including canned goods, sodas and toiletries.

The Tennessee Bureau of Investigation said he also purchased camping equipment and supplies, in addition to nail polish and pajamas.

Here are items Gary Simpson purchased, before taking Carlie from her school May 4th. #BringCarlieHome pic.twitter.com/fGuVw7LSsZ

The TBI has since set up a command post in Rogersville. Spokesman Josh DeVine said the intent is to shift some of their resources to that part of the state in an effort to find Carlie .

As tough as this process has been, we will never forget it's all about a nine-year-old girl. #BringCarlieHome https://t.co/vSKKrIJ4dQ

"This was a good location for us to start the effort to be on the ground and coordinate information," said DeVine.  "That is where she is from, and that’s where he is from."

TBI officials said Carlie’s uncle, Gary Simpson, removed her from school on May 4 under false pretenses. He previously had custody of Carlie, but her father was recently granted custody.

The TBI confirmed Simpson was still on the list of people approved to pick her up at school.

At this point, DeVine said there’s “no specific evidence” to indicate if the two are still in Tennessee or if they moved to another state, however officials believe Carlie is in "imminent danger."

Surveillance video from a Rogersville grocery store captured the moments shortly after Simpson picked Carlie up from her school.

Other photos and video also released by the TBI showed Simpson at a Walmart in Rogersville on Wednesday.

A spokesperson for the TBI said Simpson appeared to be buying camping supplies, and as a result, the two may be at a campground or somewhere isolated.

The missing child's mother, Shannon Trent, spoke to CBS affiliate WJHL, saying Simpson lied to the school and they aren't sure why he took the girl.

"Bring her home, Gary, safely," Trent said. "Mommy and Daddy and Aunt Linda and everybody, we love her so much."

Simpson has no criminal history, and TBI investigators said his motives for taking Carlie are unclear.  He is currently unemployed and has limited resources.

The TBI has received more than 500 tips since the Amber Alert was issued last Thursday.  DeVine said most were centered around the Dodge van. 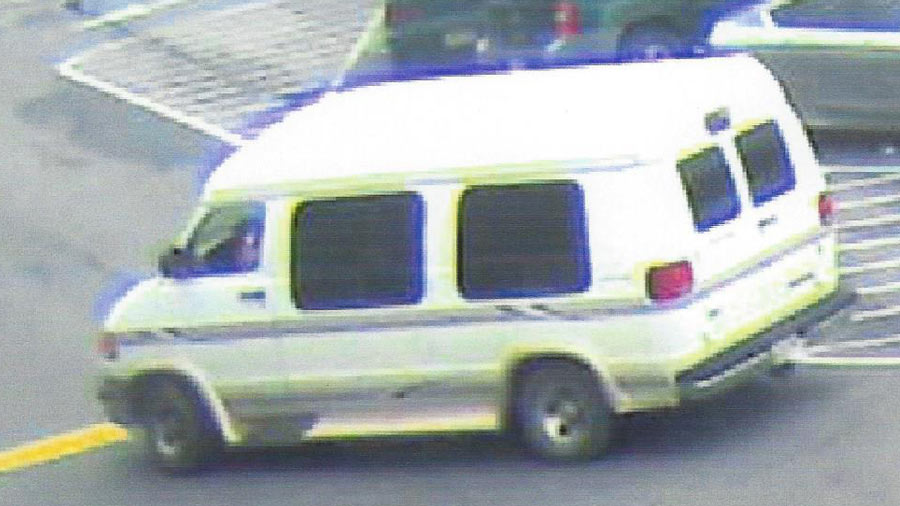 "We will not stop until we get answers for this family, this community, and others across the region who are holding out hope and wanting to find this girl and bring her home," said DeVine.

The U.S. Marshals increased the reward on Monday to $5,000 for the safe return of Carlie and information leading to Simpson's arrest.

On Saturday, Dr. Chris Calendine, Carlie’s pediatrician, announced he would be offering a $10,000 reward in addition to the $2,500 offered by the U.S. Marshal’s Service.

Dr. Calendine said the reward was for information leading to Carlie’s safe recovery. He had previously planned to use the money to save for a boat, but he wanted to see it used to further the effort to bring Carlie home.

Carlie is 4'8" tall, weighs 75lbs with blonde hair and blue eyes. She was last seen wearing a black and gray tank top shirt with blue jeans.

The TBI released a home video of her, hoping it would help bring her home.

He was last seen wearing a brown cap, a dark colored shirt and jeans. He was last seen driving a white 2002 Dodge Conversion Van with TN registration 173GPS. The van has a dark stripe down the middle with light gold running boards and paint is chipping off of the hood.

Warrants have been issued for Simpson for kidnapping.

Officials asked anyone who may have seen the child, her uncle, to immediately call 911 in order to have the quickest response from law enforcement officials.

If you have any other information on the case, call 1-800-TBI-FIND.