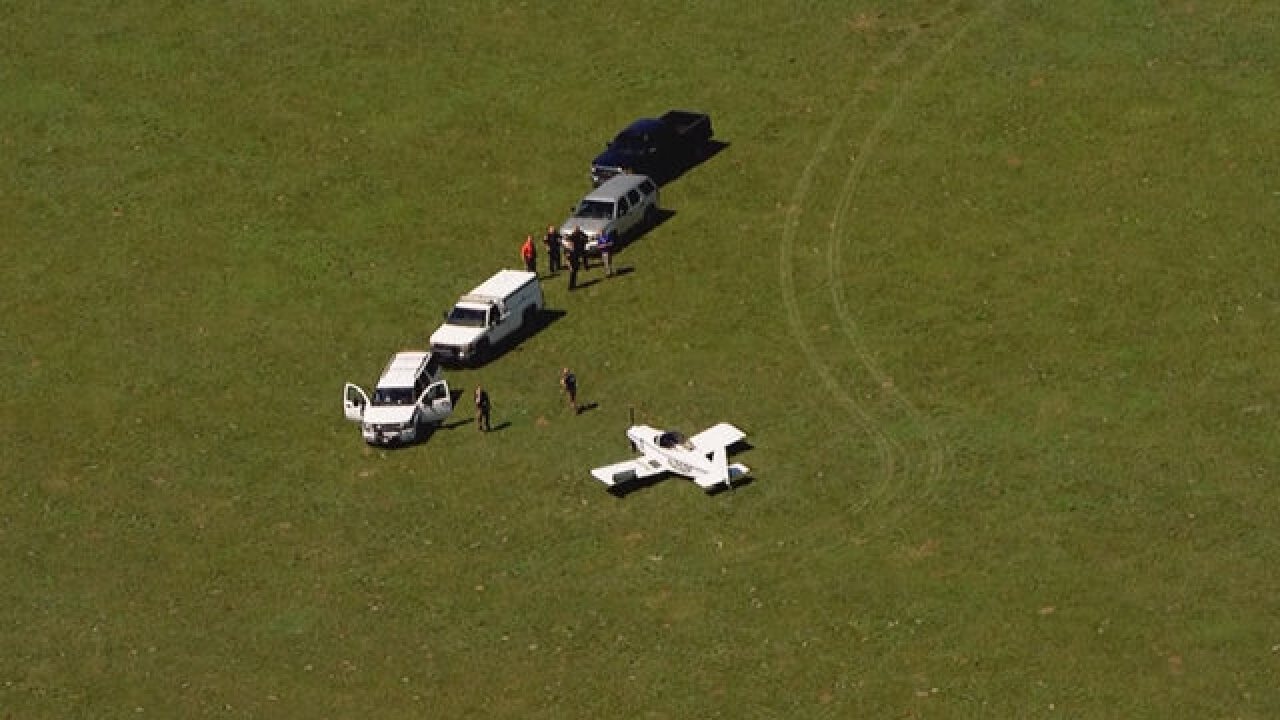 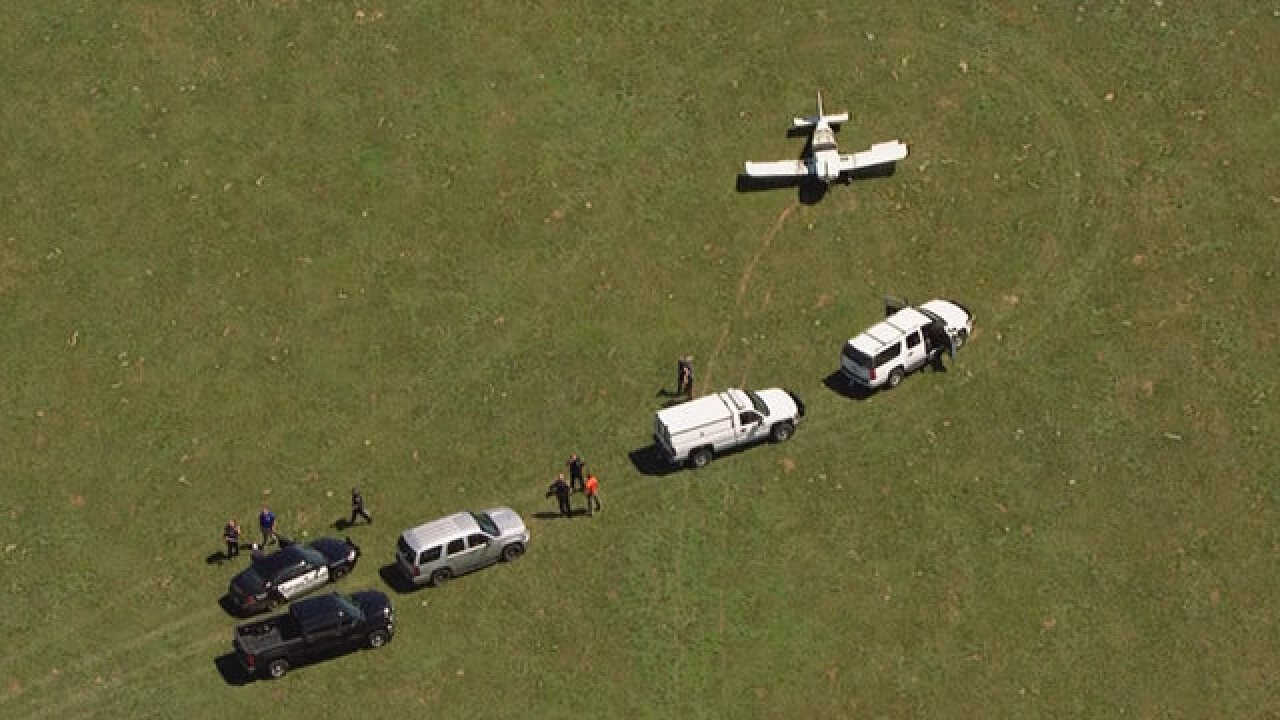 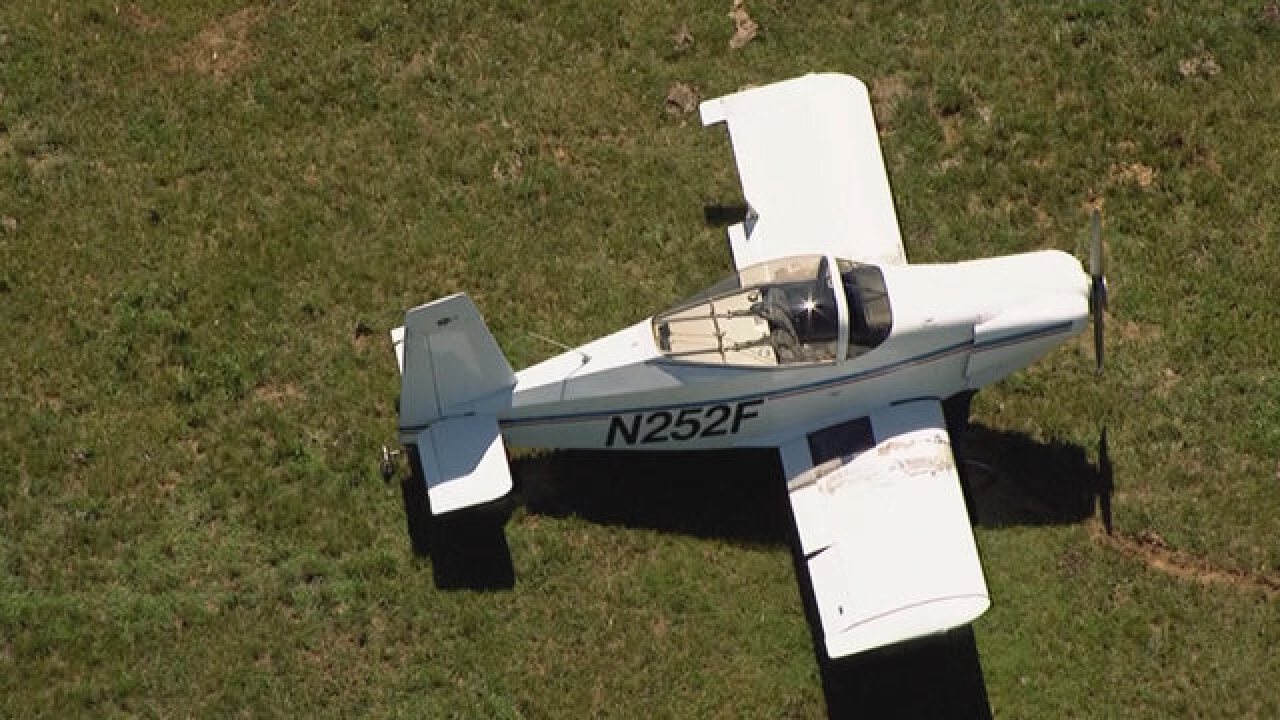 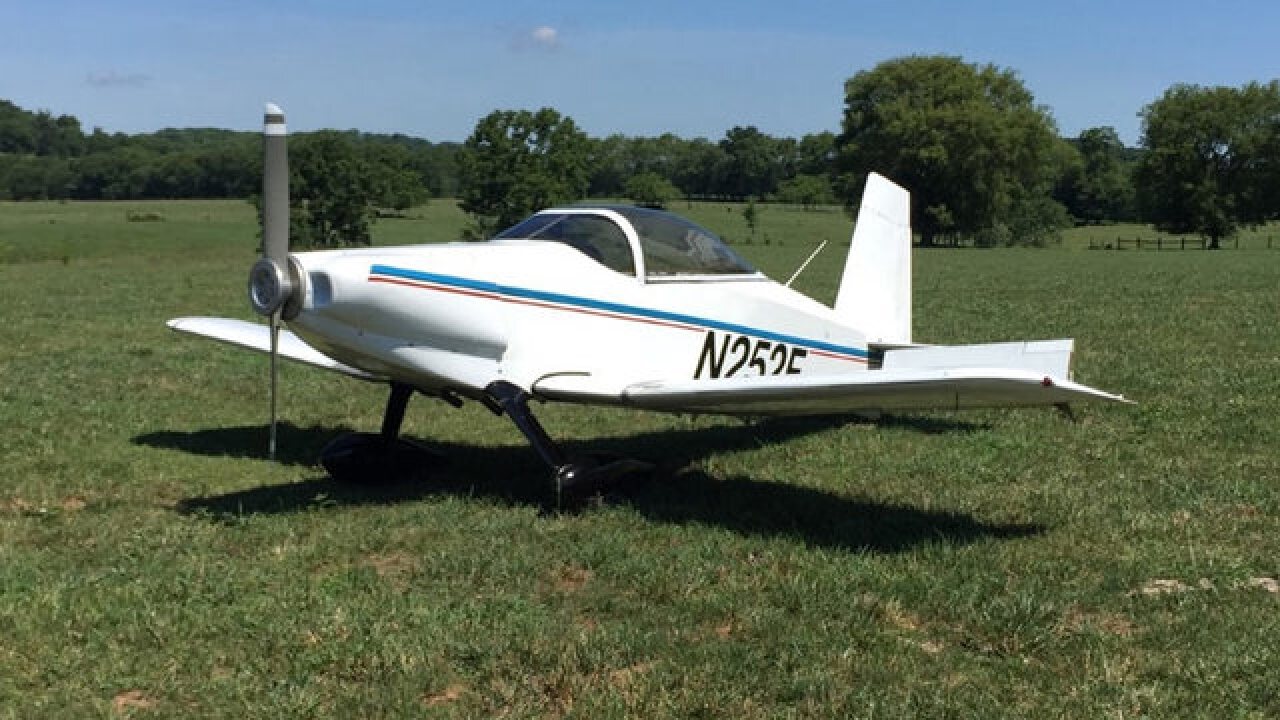 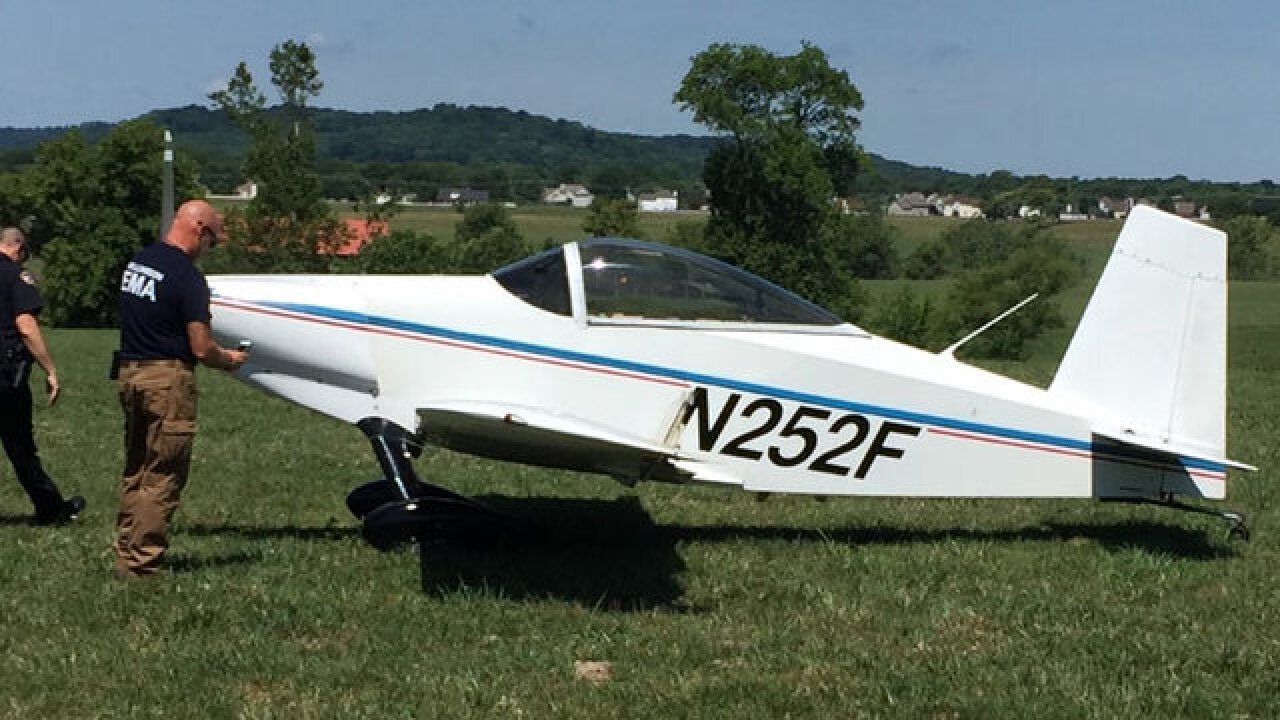 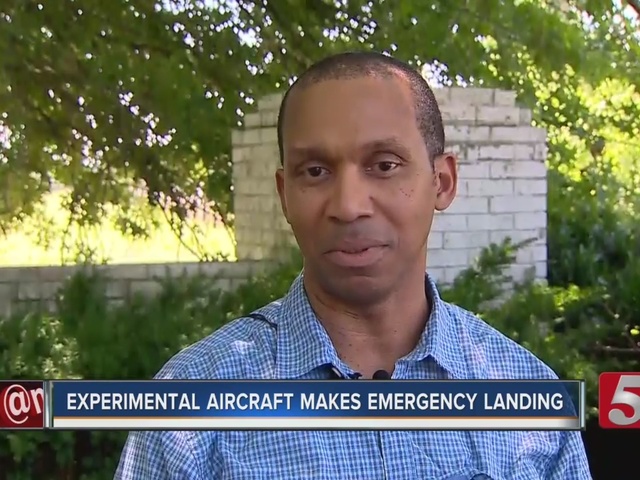 A small plane has made an emergency landing in Williamson County, according to officials.

The incident happened in a field just off Interstate 65 near mile marker 56.

That location was reportedly near Summit High School.

According to preliminary reports, the aircraft was an experimental plane. According to the plane’s registration, it’s a 1968 Fleming Thorp T-18. That’s a fixed wing, two-seater plane with a single engine.

Authorities said the plane was intact other than a possible bent wheel well.

The pilot is from North Carolina. He fueled up in Warren County and was on his way to Arkansas.

Emergency crews were on the scene. The FAA was investigating.