A suspect was taken into custody after allegedly turning himself in following a fatal shooting in Madison.

A suspect has been charged with criminal homicide in connection with a deadly shooting at a Madison apartment complex.

The incident happened shortly before 11:30 p.m. Sunday near Burkely Drive and Argle Avenue.

He was listed in critical condition but died from his injuries a short time later.

Earlier in the evening, a suspect identified as 30-year-old James DeMoss, allegedly assaulted and threatened his wife and two others inside the apartment complex.

He and his wife had apparently been visiting a friend there.

Police said one of the victims called Thomas and said DeMoss was armed with a handgun and threatening them. 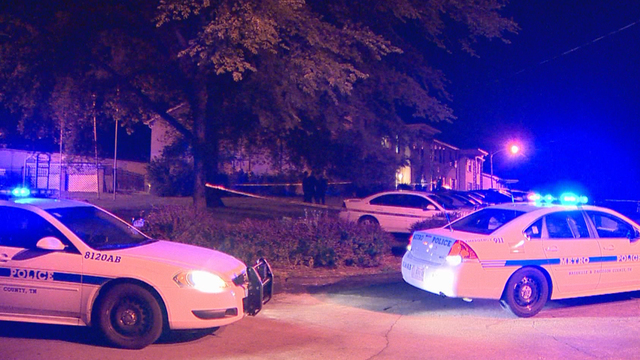 Thomas, whom police said was armed with a rifle, encountered DeMoss in the parking lot.

Witnesses told police DeMoss fired at Thomas while he was holding his weapon down.

DeMoss was also charged with two counts of aggravated assault and one count of reckless endangerment for the incident inside the apartment.