One person was shot by a Maury County Sheriff's deputy near a Columbia doctor's office.

One person was shot by a Maury County Sheriff's deputy near a Columbia area doctor's office.

The shooting happened around 5:30 p.m. Wednesday along Highway 31 between Spring Hill and Columbia.

Maury County Sheriff's deputies were meeting a male subject, identified as 25-year-old Trevor Jacoby, at a location at the Maury Regional Medical Center - Columbia Pediatrics as part of ongoing investigation.

According to the Tennessee Bureau of Investigation, Jacoby attempted to run over officers as deputies were trying to make an arrest.

Here is a look at the scene of a shooting involving a Maury Co Sheriff's deputy. @TBInvestigation is investigating. pic.twitter.com/VhOBLigKVq

One of the deputies fired at least one shot. Jacoby was struck and was rushed to Maury Regional Medical Center before being airlifted to Vanderbilt University Medical Center. According to those with the TBI, Jacoby remained in the hospital for treatment Thursday.

The entire doctor's office parking lot was taped off while police investigated. 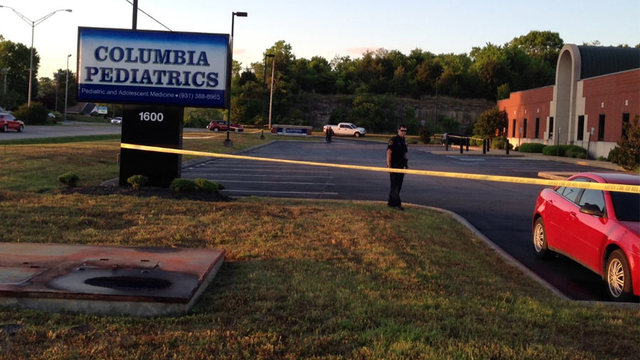 No deputies were injured during the shooting.

The District Attorney General would ultimately determine whether or not the shooting was justified.