The Story Of The Nashville Predators Emergency Backup Goalie 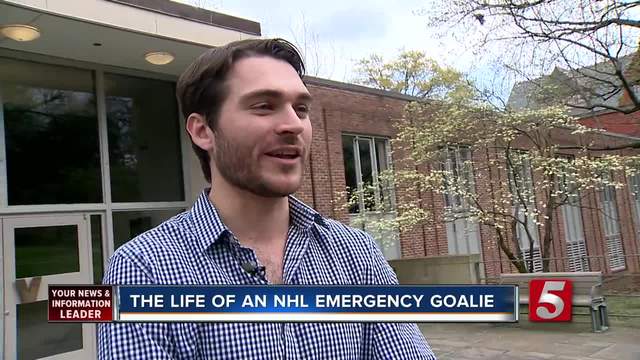 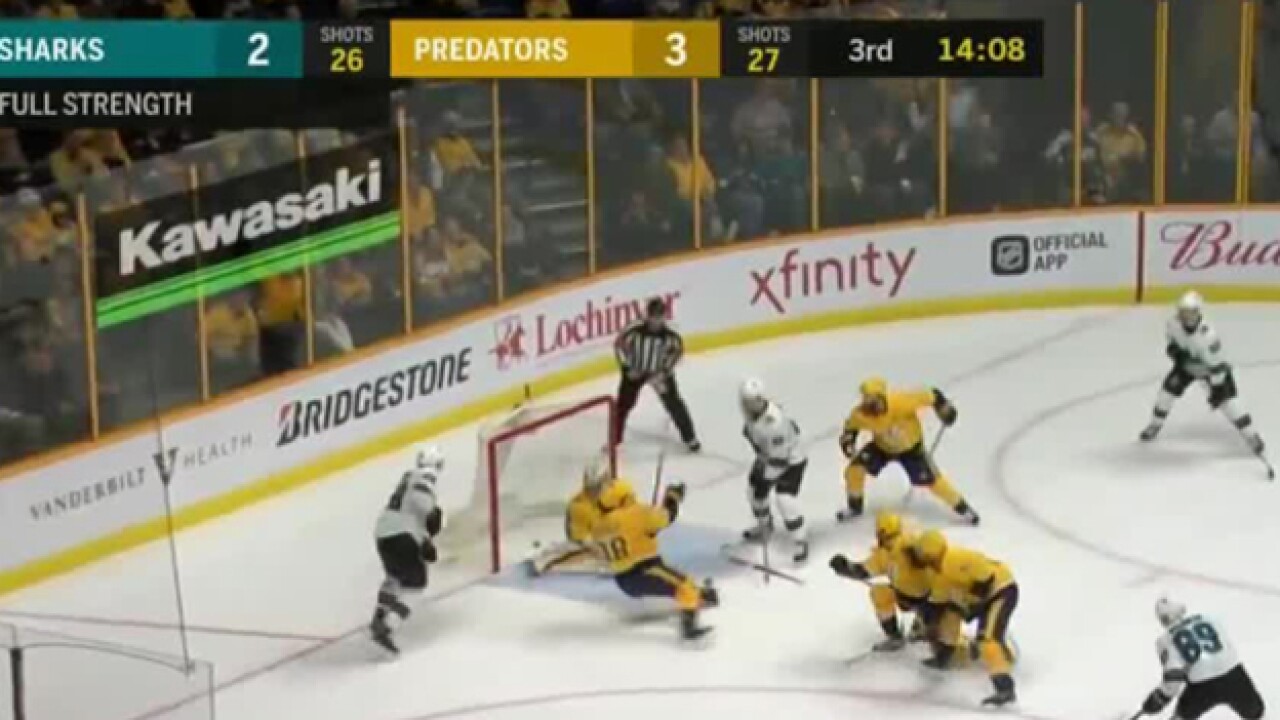 “Every now and then you’ll get a phone call or a text from the goalie coach just asking if you’re available, and you never really say no,” Tom Tysowsky said.

Tysowsky played at Holy Cross, a division one college, and coached hockey before moving to Nashville for law school, where almost immediately, he was tapped to be an emergency backup goalie.

As part of his deal, he’s given tickets to every game where he’s on stand-by, and he has all of his gear from college in the trunk of his car, so if he’s called into action, he’ll be ready to suit-up.

While it rarely happens, he did get the call one night at Bridgestone Arena when the Predators were playing Winnipeg.

“I actually got a phone call sitting in the stands, and they told me to go grab my gear from my car,” Tysowsky said.

He was wearing a Predators shirt, but he was called to suit up for Winnipeg, who had one of their goalies injured. They had their backup goalie in the game, but wanted to make sure they’d have another option if that goalie also got injured.

Back in the locker room, Tysowsky said it got pretty hectic.

“You’re getting dressed and they’re asking you a million questions and they’re sowing (your jersey) up (with your name) in the hallway and everything, and they let me keep it and all that.”

Tysowsky said they have you sign a short contract so that you’re able to play with the team.

“I mean, I don’t really think there’s another sport or situation where you could end up like that.”

While Tysowsky didn’t end up taking the ice in that game, he was able to sit with the players in the locker room and get the feel for being a part of the team.

On Thursday night, another emergency goalie got to the ice in Chicago.

Scott Foster, a 35-year-old accountant, was called in with 14 minutes left in the game, and he ended up facing 7 shots, and blocking 7 shots.

“You let yourself play out that fantasy in your own mind, about how you’ll go in and make a bunch of saves, and it’s pretty unlikely that’ll actually happen, because those guys are so good, and you know, he went in and he did it, so it’s just the coolest story,” Tysowsky said. “He got more than his 15 minutes of fame, he earned it out there, he got seven saves.”

While it was the talk of the sports world on Friday, the Predators actually caught the end of the game on Thursday after they beat the Sharks 5-3.

“We were watching the game because it was the Winnipeg game, so we were cheering for the kid, so we thought he deserved first star of the game,” Preds Coach Peter Laviolette said.

Roman Josi said it was a lot of fun watching it all happen. “I mean, it’s just exciting, we were all celebrating when he made a save, and what a great story, and I’m sure he had a lot of fun.”

And Predators goalie Pekka Rinne said he could only imagine what the moment was like for Foster.

“I’m sure he’ll remember that game forever, and at least he’s got the bragging rights now, won an NHL game, pretty cool."

For Tysowsky, Foster getting on the ice made what seemed like a dream a potential reality. While he doesn’t know how he would play if he got in a game, he said he’d try his hardest, regardless of which team he played for.

“Any fourth liner would one of the best players I’ve ever faced against, so , it’s another level,” Tysowsky said. “I think you count your stars every time you make a save, and that’s why this story’s so great, he goes seven saves, seven shots, and the crowd was going nuts. You couldn’t draw a script any better.”

The Predators have an additional emergency goalie that is on stand-by when Tysowsky isn’t at the games.