Thousands of people came together to cheer on the horses and root for the jockeys at the 76th annual Iroquois Steeplechase in Nashville, and the winner was Scorpiancer.

Gates opened at 8 a.m. Saturday, and the first race took place at 1 p.m.

Race day consisted of seven races with approximately 40 minutes between each one, and of course the races ended with the featured race, the Iroquois, around 5:30 p.m. with the win going to horse number four, Scorpiancer.

According to reports, a jockey was injured during the first race. Reports stated Jack Fisher fell on the final jump while racing on With Rhythm. The extent of his injuries was unknown. 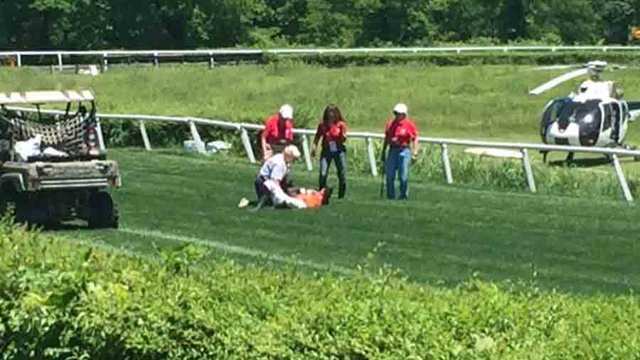 The event has been around since 1941, and a whole lot has changed since then.

The crowds have grown. Officials said they were expecting up to 35,000 people at the race.

It's also gone international and high-tech - Steeplechase, there's an app for that.

If you want to know how to navigate the sprawling grounds of the Iroquois Steeplechase, where to park, how to get to the grandstands, or even the track conditions of the lush green grass, you can find out through the app.

Of course, for many people the races have become a chance to show off their fashion.

Each year, experts believe the horses and the competitions get a little better, partly due to a budding international partnership with England, where jumping races have been insanely popular.