Thursday marked one decade since a deadly tornado outbreak ripped through Middle Tennessee.

NewsChannel 5 Meteorologist Lelan Statom recalled covering the storms on-air, while also worrying about his own home which was in the storm’s path. 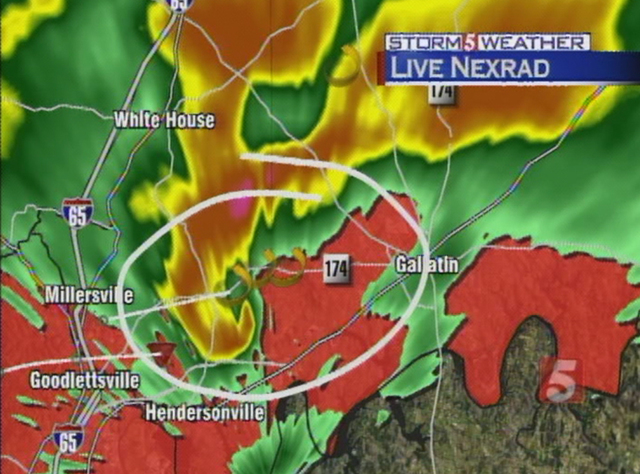 “When the tornadoes hit, I was in a situation of giving important information during our non-stop weather coverage. At the same time, I was trying to find out about my neighborhood which was hit during the storms,” said Statom. “My home survived, but I continue to pray for the families whose lives were forever changed that day.”

An EF-3 tornado, with winds up to 206 mph killed four people in Gallatin – making it the deadliest single tornado in the mid-state since the 1970s.

“Our [inaudible] out front is totally destroyed, it's just ghastly everywhere. A tornado hit a house, we have a woman dying,” one woman told dispatch at the time.

Other tornadoes killed three people in Warren County, and damaged hundreds of homes and buildings in areas such as Dickson County, Hendersonville, and Goodlettsville.