Police have credited the public with helping identify two suspects who allegedly stole more than $2,000 from a Franklin retailer.

Officials with Franklin Police released surveillance photos from a Target in Cool Springs back in December. 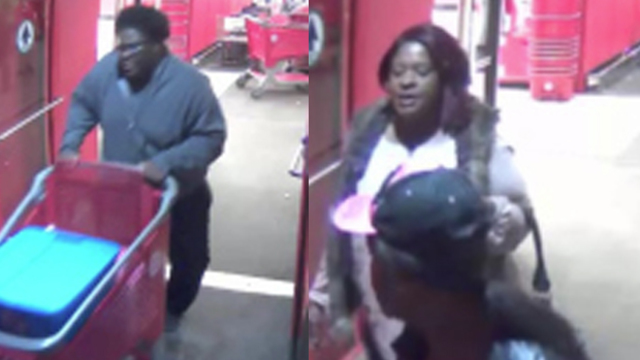 At least $2,315 in merchandise was reported stolen from the store.

Police said two of the four suspects have been identified as 20-year-old Travaris Thomas and 42-year-old Yvette Simpson, both of Nashville.

Thomas was arrested on March 7, while Simpson was arrested the following day. Both have been charged with felony theft and later released on bond.

Police said Simpson is a convicted felon with a history that includes violence.