A delay was reported along westbound Interstate 24 after the driver of an Enterprise truck struck a guardrail and a sign in Smyrna.

The incident was reported early Thursday morning between Almaville Road and State Route 840. 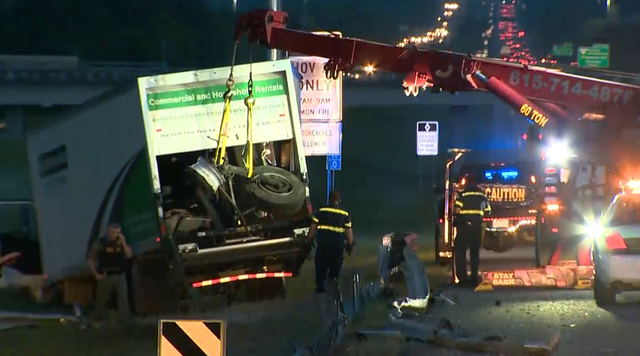 Details of the crash were limited at this time.

The driver appears to have veered off the road and struck the guardrail before hitting a sign. About 40-feet of the railing has been damaged.

Crews were working to unload the truck and clear the scene.

The crash has caused a delay for commuters.