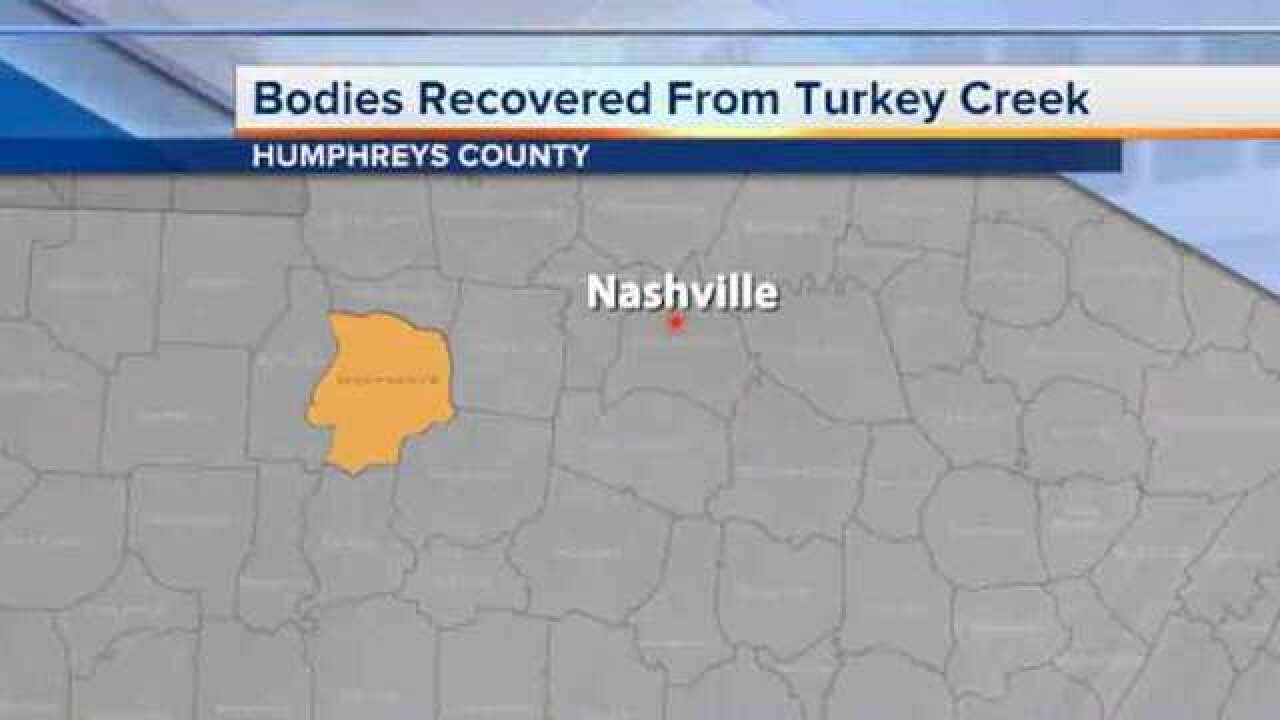 Two bodies have been recovered from Turkey Creek in Humphreys County, according to authorities.

Reports stated a rescue got underway before 7:30 p.m. Saturday near Eagle Bay Marina in the 6500 block of Turkey Creek Road in Waverly. Multiple counties were called into help with search and rescue efforts.

The response was rapid, according to the sheriff of Humphreys County, which he said he was very appreciative of due to the efforts to bring closure to the victims' families.

Not long after the rescue began, crews discovered the two bodies. On Sunday, authorities identified the victims as Michael Shane Keele and Christopher Young, both of Waverly.

One boat was involved in the incident and was found partially submerged, and authorities said they do not believe anyone else was on the boat at the time. Details on what happened were not released.

Further details were not available as the investigation remained ongoing with the Tennessee Wildlife Resources Agency.