Many people have visited a new art project that was inspired by those who fought so hard to break down racial barriers.

Artist Walter Hood created the Witness Walls, now located on the northwest corner of Public Square Park, on the west side of the historic Metro Nashville Courthouse.

That location is just steps away from the place where 57 years ago, on April 19, 1960, students gathered to peacefully protest against segregation. The bombing of attorney Z. Alexander Looby's home was the catalyst for the silent march, which was held to confront Mayor Ben West after weeks of sit-ins.

"The selection of images for the artwork does not seek to highlight key individuals or singular events in a chronological or hierarchical order. Rather, through two resolutions of images accompanied by music of the period, it strives to embed the visitor in a movement in which the whole was greater than the sum of its parts," Hood explained.

"This is an important day for Nashville to honor the individuals who collectively worked to bring justice and equality to their own city and paved the way for nonviolent protest around the country then and now. The actions of students, clergy, and everyday citizens transformed our city and the way we think about equity," Mayor Barry said.

Many people have been featured in the project. Some said they were surprised to see their image on the walls. 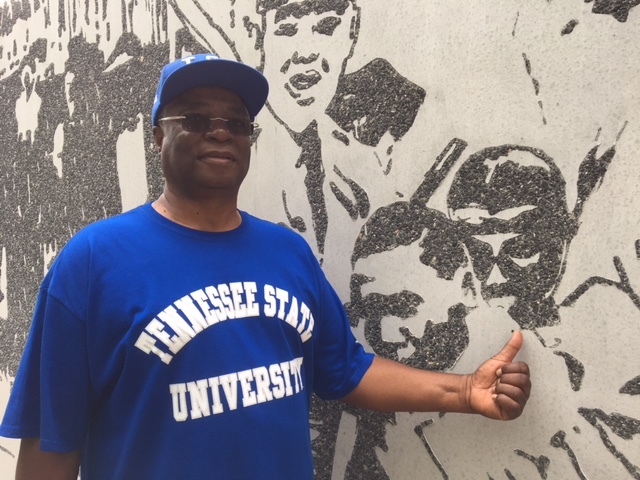 Hood was selected to create Witness Walls as the 50th work commissioned by the city. All 50 have been unveiled since 2010.