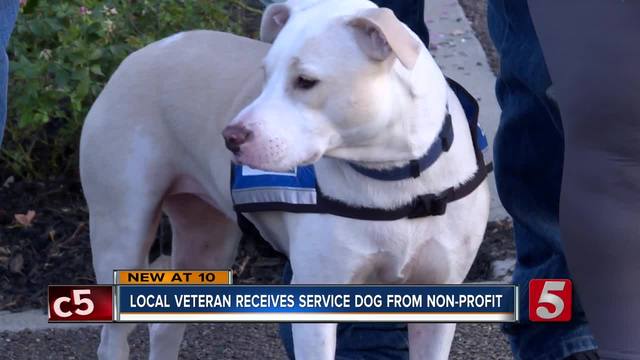 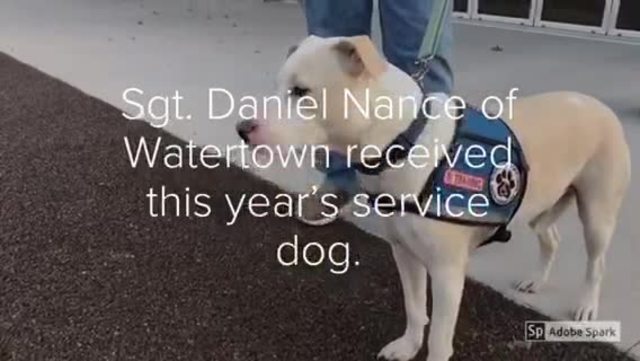 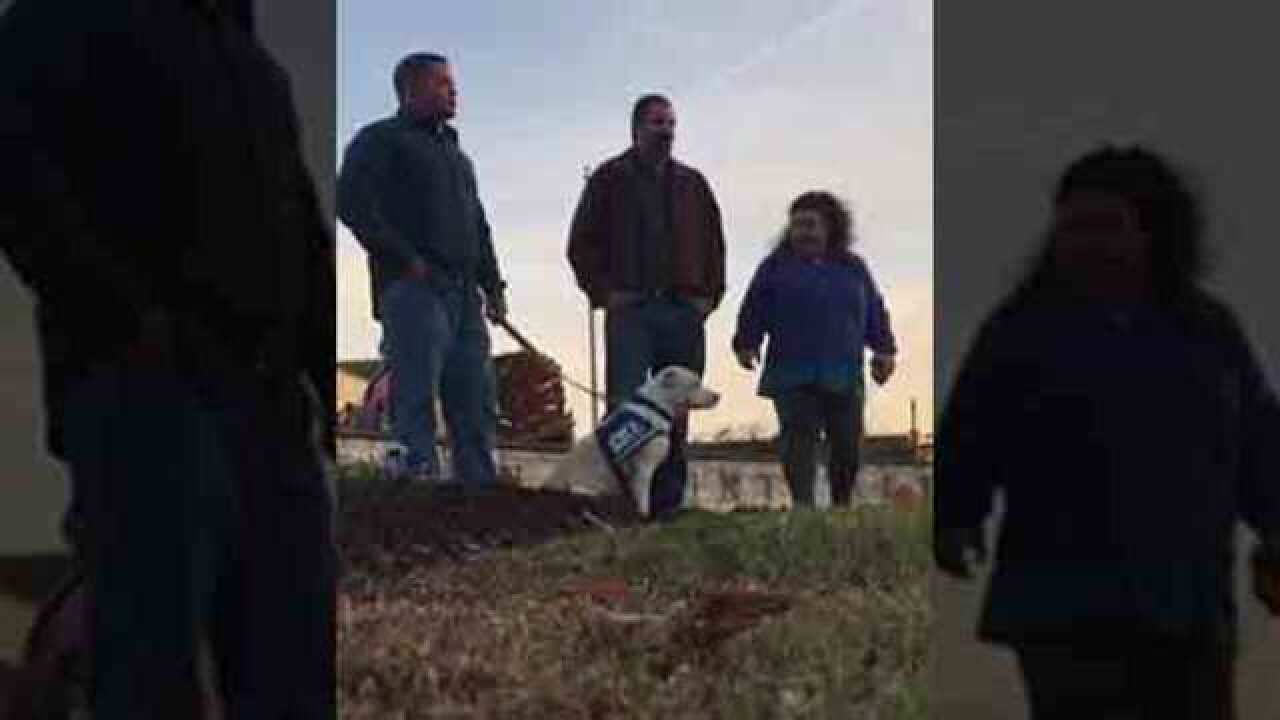 A local Marine Corps veteran was honored by a non-profit which has looked to help veterans cope with post traumatic stress disorder (PTSD).

While in the Marine Corps, Nance spent three years in a combat zone and worked crash fire rescues in West Iraq.

"These dogs are hand selected, trained. They're really a good service tool, a tool to help people who need it. I'm excited to see what the future holds," Nance said.

For nine years, the non-profit has helped raise money for service dogs for veterans and has brought more awareness to veterans' health issues. This was the second service dog presented to a veteran.

Jim Retzke, the president of Fallen Soldiers March, has held a 32-mile march each Veterans Day from Nashville to Lebanon with the goal of raising $30,000.

"It's kind of an informal fundraiser. Service dogs cost about $30,000 a piece," Retzke said.

Those who participated in the march were asked to raise a minimum of $100 for Fallen Soldiers March.

"Our government fails our veterans in so many ways. They don't provide the services in healthcare. We have 20 plus veterans and active-duty military taking their lives every day. It should be very obvious to people that secular psychology is failing them," Retzke said.

Fallen Soldiers March was formed as a nonprofit in 2012 by Retzke as an outgrowth of a walk first done in Wilson County in 2009 to raise awareness for veterans.

For information on how to donate, visit Fallen Soldiers March online or on Facebook .