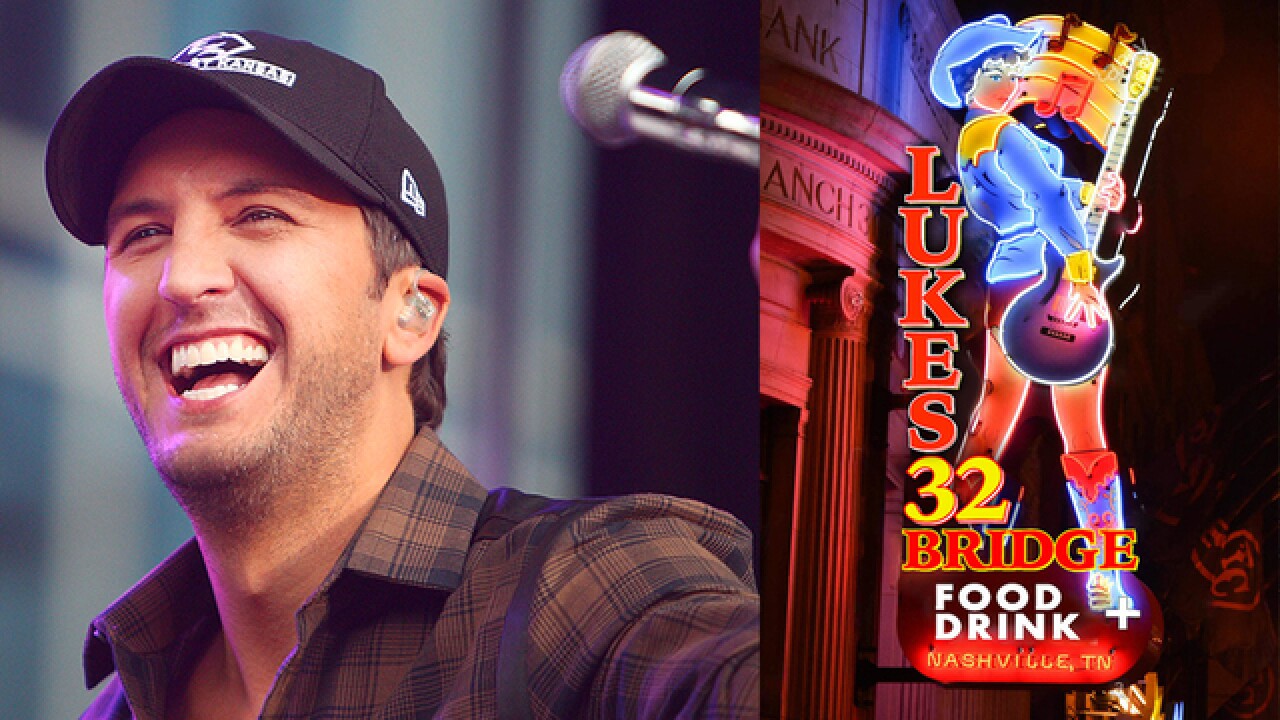 Country singer and songwriter Luke Bryan has hosted a free street concert to mark the opening of his new Tennessee restaurant that drew nearly 30,000 people to downtown Nashville.

Monday's concert marked the grand opening earlier that afternoon of Luke's 32 Bridge Food + Drink, a multi-story live entertainment complex. The concert also featured country singers Ryan Hurd and Cole Swindell. Bryan performed a 75-minute set that included songs such as "Most People are Good" and "Light It Up."

The Georgia native is nominated for the Country Music Association's entertainer of the year award and is traveling across North America on his "What Makes You Country Tour." He has 21 No. 1 hits and has sold around 12 million albums.