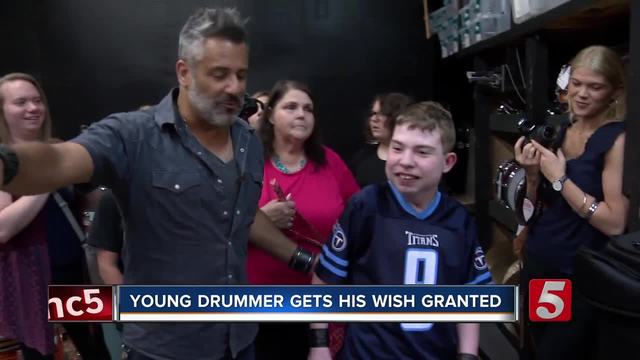 After going through 58 major surgeries in his 12 years, Cameron Shannon has lived a hard life, but through it all, he's kept his head held high. 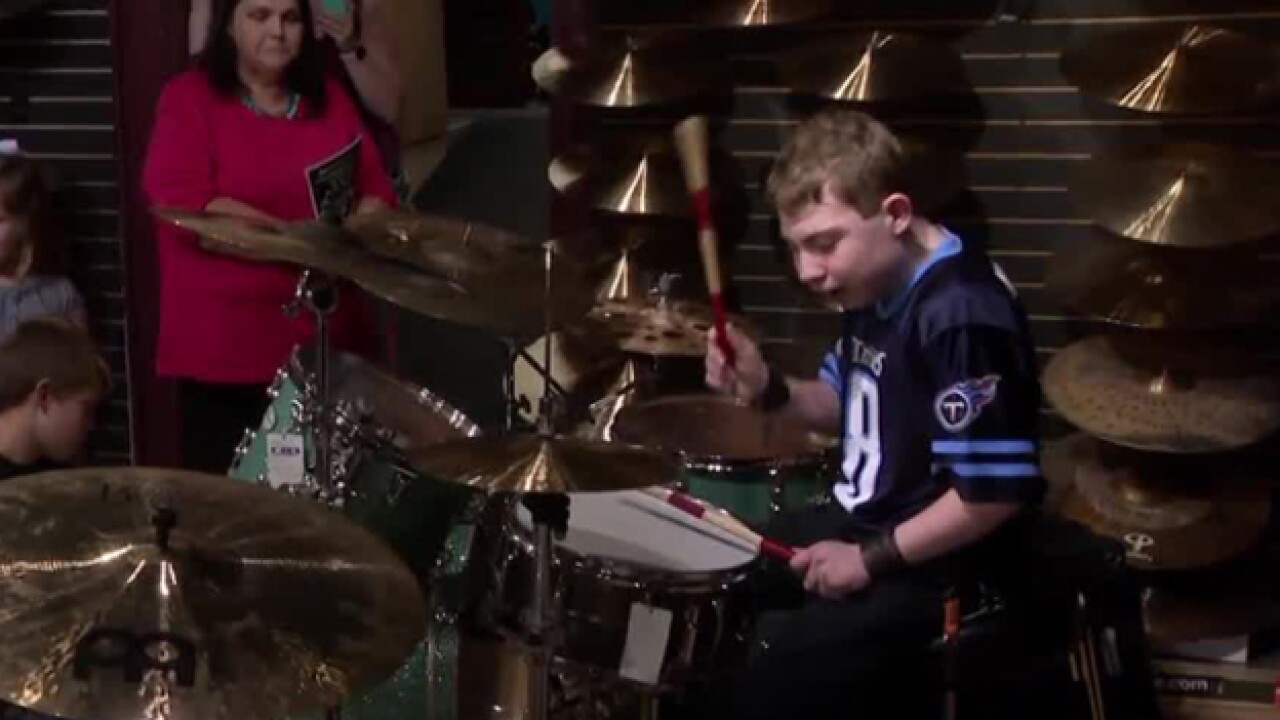 After going through 58 major surgeries in his 12 years, Cameron Shannon has lived a hard life, but through it all, he's kept his head held high.

"Happiest person you'll ever meet. Wakes up every day with a smile on his face, I mean, nothing stops him," Jessica Shannon, Cameron's mother, said.

Through it all, Cameron has played the drums.

"Before every surgery, that's his first question: How long before I can play drums?" Jessica said.

On Thursday, his passion and one of his dreams came together in an unforgettable moment, thanks to Make-A-Wish.

Cameron, and his whole family, gathered at Fork's Drum Closet in 12 South to meet Rich Redmond, who plays drums in Jason Aldean's band, to shop for a new drum kit for Cameron.

Make-A-Wish of Middle Tennessee helped made it happen, and pledged to pay for Cameron's new drum kit, whichever one he chose.

"It's like a dream come true," Redmond said of the opportunity for Cameron. "What kind of drums do you want? Let's go get them!"

The two went through the shop, looking at all the different drum kits, and Cameron even got to play some of the kits side-by-side with Redmond.

“This young man practices, he’s so methodical, he’s so driven, hours of practice, and he matched my licks note for note man – like everything I played, he played!" Redmond said.

At the Shannon home, Cameron is allowed to play between 10 a.m. and 10 p.m., and they love seeing him do something he loves, and his family said they love that he was able to meet someone who has meant so much to him through music.

"Rich is his idol, he follows the Jason Aldean band of course, but because of Rich, "Jessica said. "He loves Rich Redmond."

Cameron was able to find his perfect drum set with the help of Redmond, and for his family, there was nothing better to witness after seeing Cameron live such a hard life.

His surgeries have lasted anywhere from 8 to 21 hours, and he's gone through 58 of them.

"One hour is a long wait when you're waiting for your baby to come out of the OR," Jessica said.

All of these things put together, the hard life Cameron has had to live, but the perseverance he's showed and the love for drums, made this a day that Cameron, his whole family, and Rich Redmond, will never forget.

In the past year, Make-A-Wish of Middle Tennessee has granted about 150 wishes, a record for them, and they have about 150 more kids in the pipeline waiting for their wishes.

Make-A-Wish said they can always use community support, with people letting them know of kids who need a wish fulfilled, as well as volunteers and donors who want to help with the program.

To find more information on Make-A-Wish of Middle Tennessee, you can visit their website.