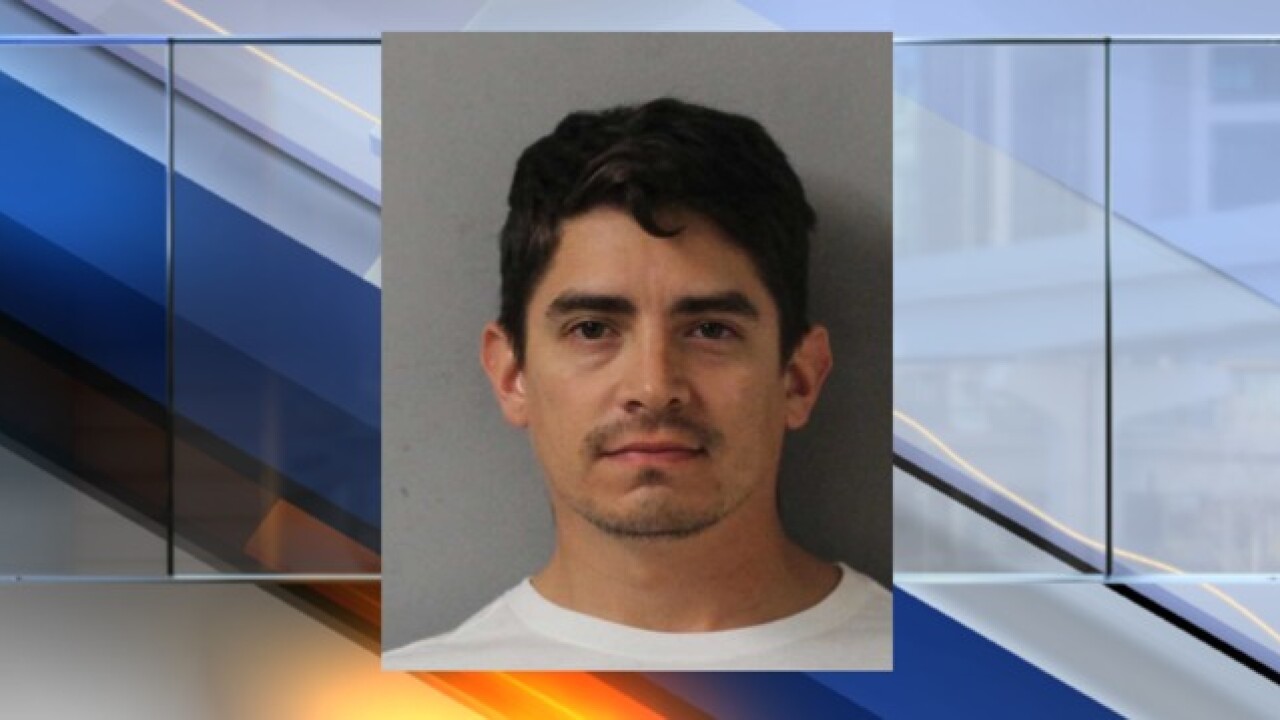 A Texas man is charged with sexual battery after inappropriately touching a woman on board a Southwest flight into Nashville, police said.

According to his arrest affidavit, 30-year-old Alfredo Vela arrived on the flight at about 9:15pm Sunday night.

Metro police were called to the airport when the woman who was sitting next to Vela on the plane reported to airline staff that she had been assaulted.

Police reports show the woman claimed she briefly spoke with Vela on the flight, before falling asleep. She told police she awoke later to Vela rubbing her back with his hand. Then, she said he also touched her inner thigh, breast, and tried to put his hand up her shirt, according to a police report.

The woman told police she froze in fear as Vela was touching her, and then alerted the flight crew as soon as she could.

Police said Vela admitted to scratching the victim's back. He chose not to speak with officers after he was arrested.

Vela was charged with sexual battery, a felony. He was booked into the Davidson County Jail, but posted his $5,000 bond hours later.