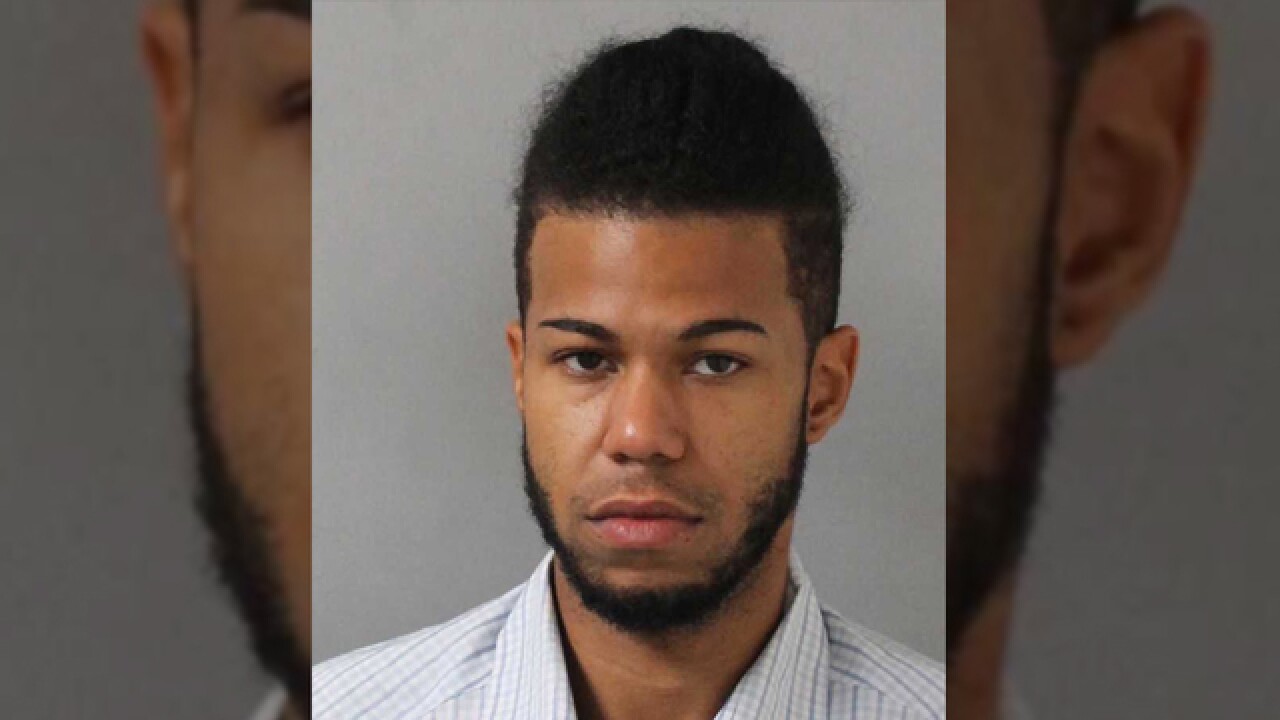 A man has been arrested after allegedly using a dating app to rob a victim in Nashville.

According to an affidavit from Metro Nashville police, Desmond Sullivan Clements met the victim on a dating app called “Jack” and met that person at his house.

When the victim arrived, Clements allegedly demanded $100, but the victim said he didn’t have that much money, investigators said.

According to police, Clements then jumped in the man’s car and started honking the horn, saying he "had friends with guns inside.”

From there, he drove to an ATM on Main Street and ordered the victim to withdraw cash. He told him to “hurry up” and said the longer he took, the more damage would be done to his car.

Police said Clements then began to key the back of the victim's car.

The victim told a witness that he was being robbed and that person called police. Officers arrived and the victim identified Clements as the suspect.

As he was being booked, police said he began to laugh, saying "you don't even have the real me, because that isn't me.”

He then gave the officer factual information that he has outstanding warrants out of Georgia. Police said the reporting officer had taken reports for the suspect in the past week under his false name.