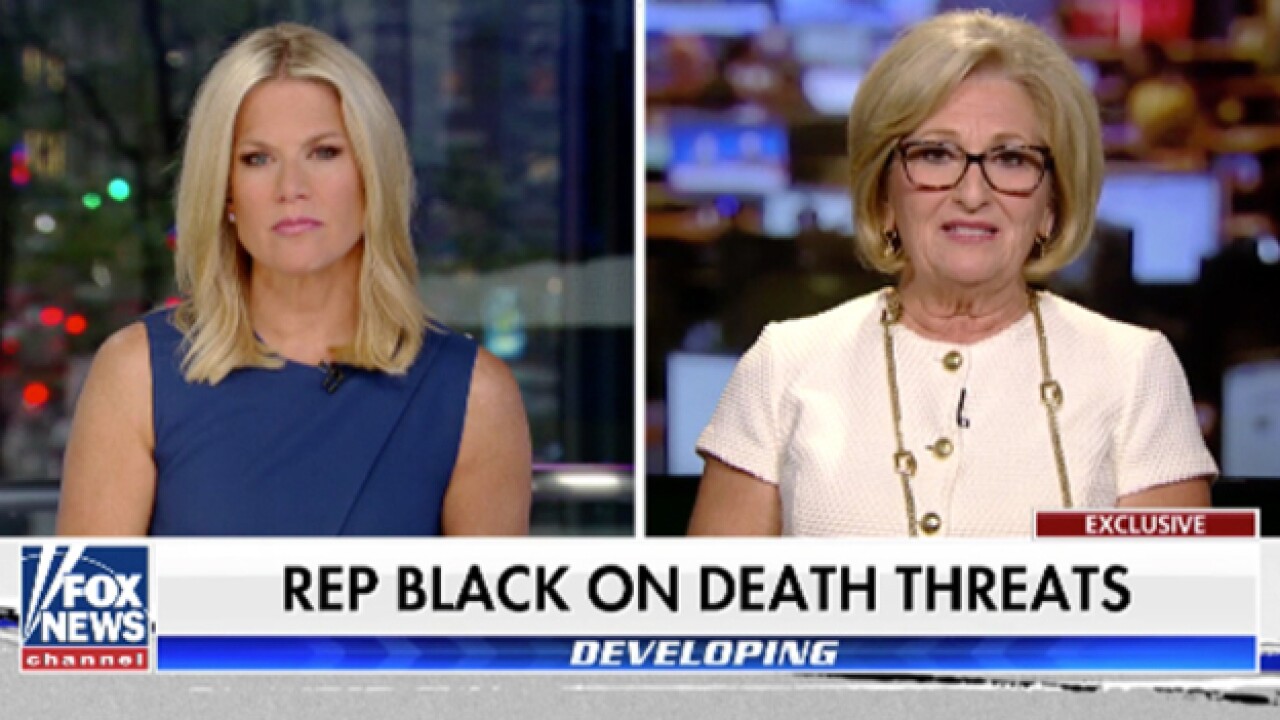 Tennessee Representative and gubernatorial candidate Diane Black says a man was arrested after allegedly threatening to assault and kill her.

The threats were allegedly made after she introduced the Border Wall Trust Fund Act which would help fund President Trump's border wall.

Black told Fox News Wednesday night about the incident on "The Story with Martha MacCallum."

She said the threats were made over voicemails.

"I can tell you they were very serious and they were threatening enough that they concerned police," said Black.

Black went on to explain that she accepts the risks that come with being a public servant but has more peace of mind, knowing the man was arrested.

"You never know when it is going to be serious as it was for Gabby Giffords and Steve Scalise and it's very scary for our families."

MacCallum read a statistic that in 2017 there were 2,000 threatening incidents against members of congress.