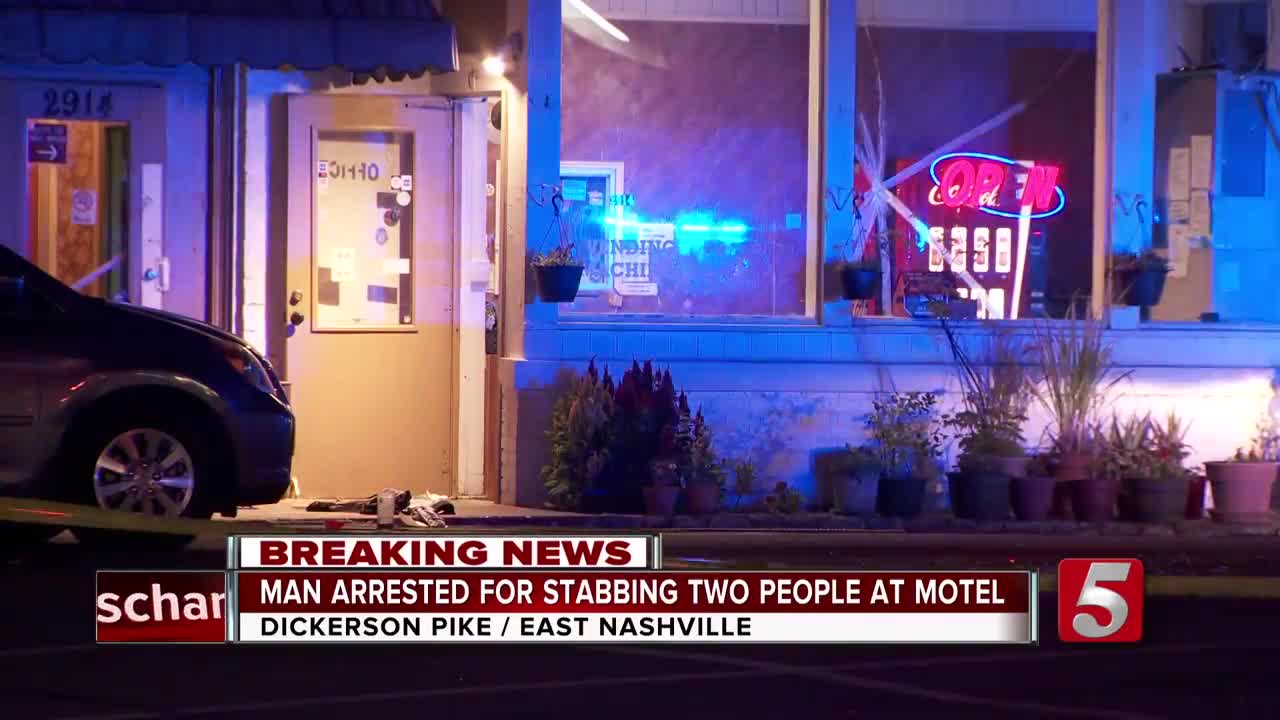 A man is in custody accused of stabbing two people outside a motel and later hitting one with a car. 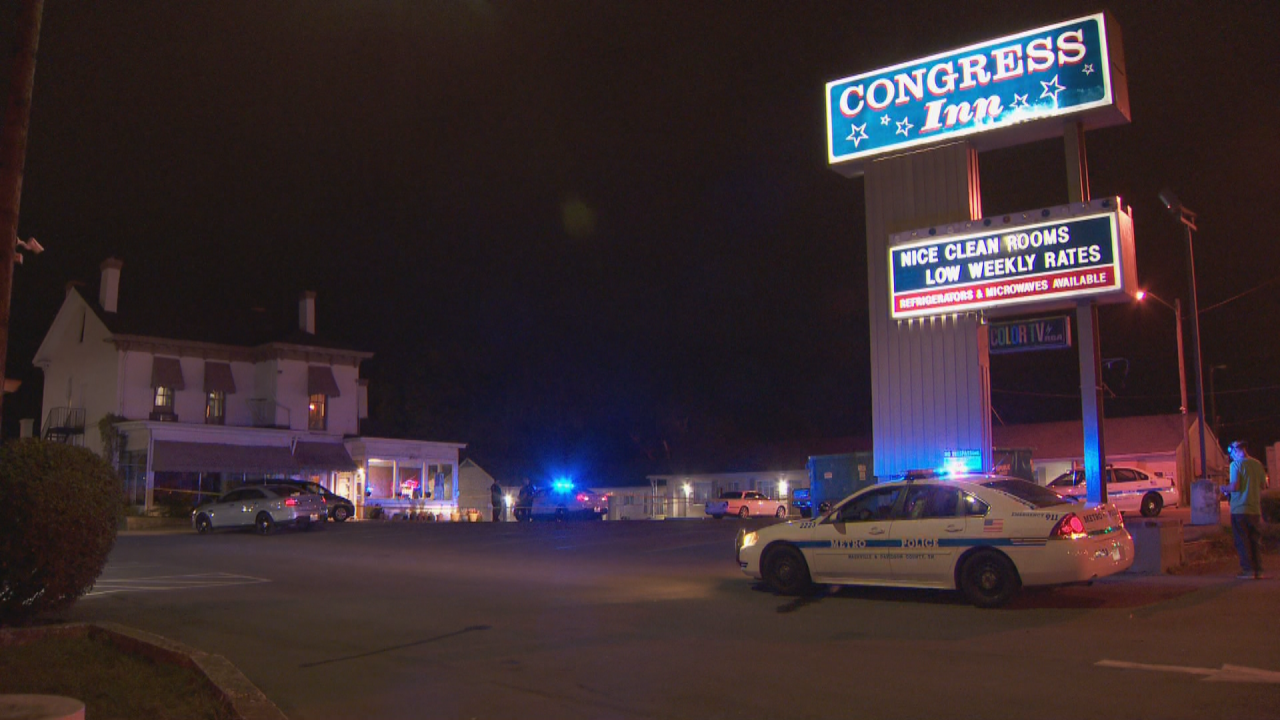 NASHVILLE, Tenn. (WTVF) — A man is in custody accused of stabbing two people outside a motel and later hitting one with a car.

Police said 47-year-old David Starnes was arguing with the two people at Congress Inn over getting a refund for a room.

According to his arrest report, Starnes pulled out a knife and cut a man in the face. The man also received several cuts on his hands while attempting to grab the knife. A woman stepped in to separate the fight, and was stabbed by Starnes in the arm, requiring stitches.

Starnes is accused of then hitting the man with his car as he was driving away from the scene.

Both victims were treated at TriStar Skyline Medical Center.

Starnes was arrested at the scene and charged with two counts of aggravated assault.