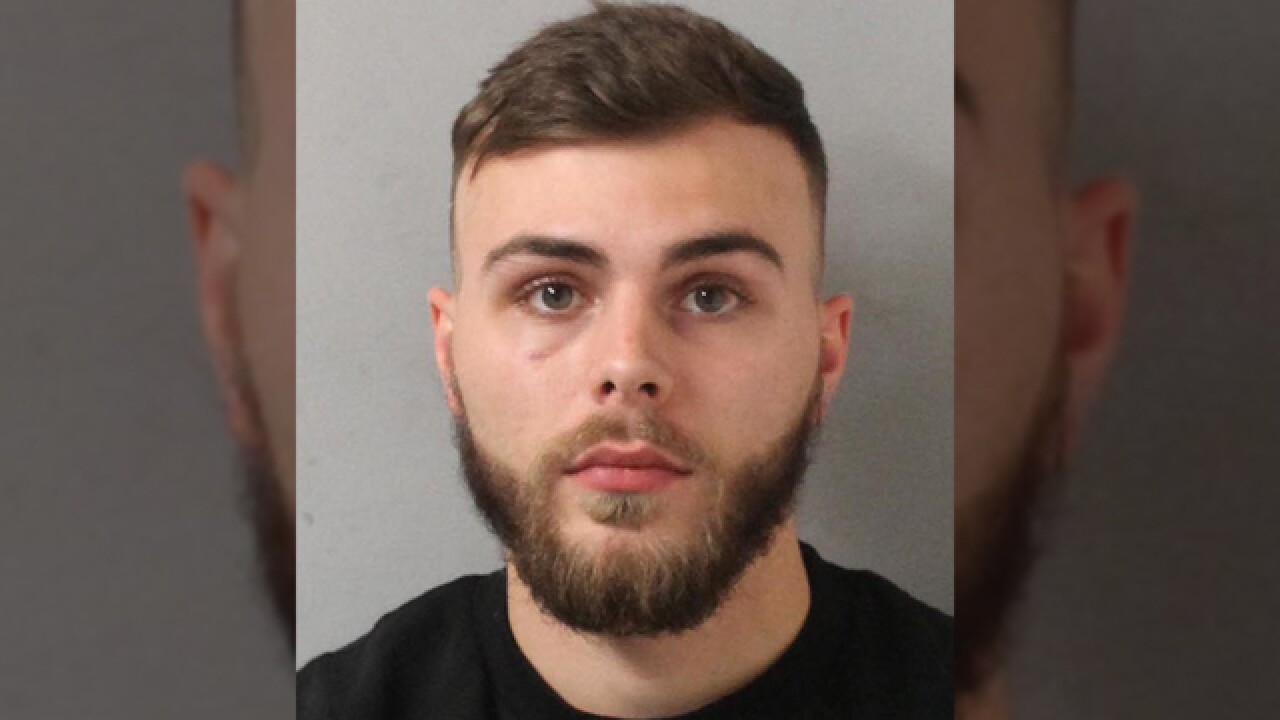 A man has been charged in connection with a fatal hit-and-run crash in Hermitage.

The incident happened around 8:40 p.m. Monday on Old Hickory Boulevard and Central Pike.

Officials with Metro Nashville police said 50-year-old Dwight Daniels, of Georgia, was crossing Old Hickory Boulevard when he was struck by the driver of a 2000 Ford pickup truck.

The driver did not stop.

Police said 24-year-old Christopher Skirvin returned to the scene around 10:30 p.m. and smelled of alcohol. He also had watery, bloodshot eyes and allegedly admitted to drinking three beers earlier in the day.

He consented to a breath test which showed his blood alcohol content to be .09 percent, police said.

Skirvin has been charged with DUI, leaving the scene of a fatal crash, driving on a revoked license, and failure to render aid. He was not charged with vehicular homicide by intoxication because investigators did not find sufficient evidence to show that the cause of the crash was due to his impairment.

Police said the area is not well lit and Daniels was not in a crosswalk at the time of the crash. Skirvin was  released on a $7,000 bond.