Teen dies after fall from scaffolding at Nashville construction site 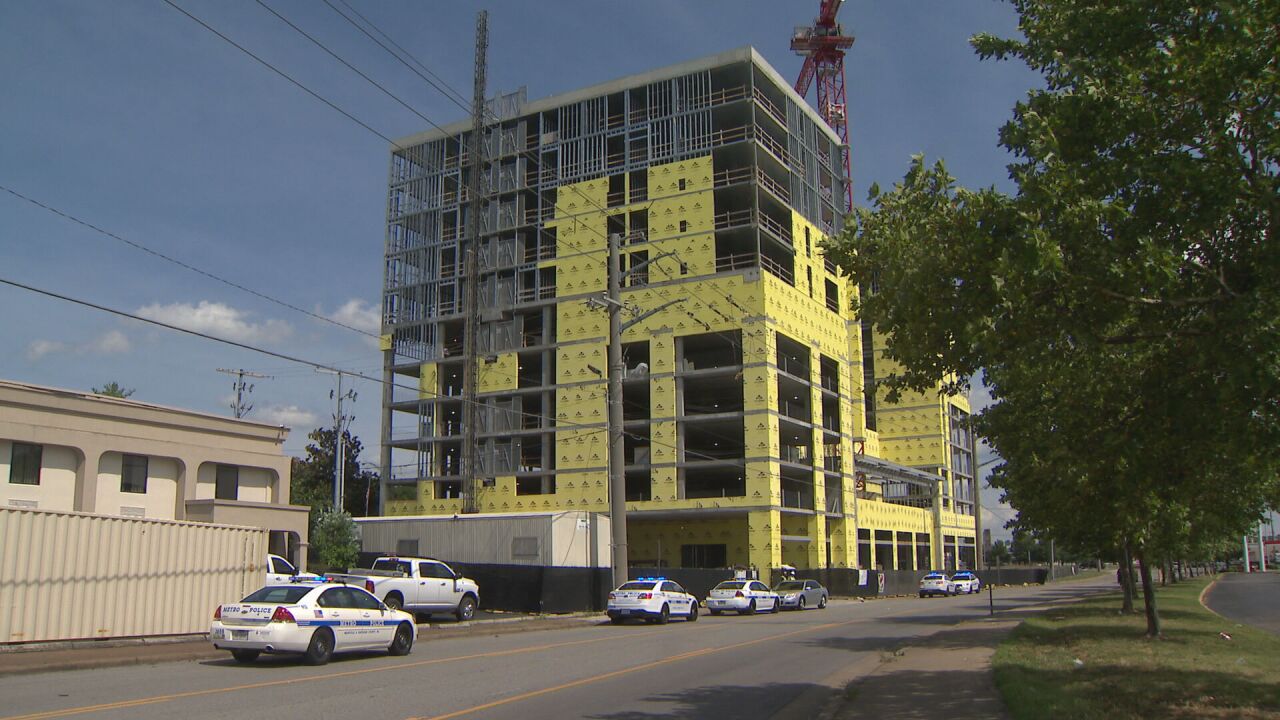 NASHVILLE, Tenn. (WTVF) — A 16-year-old died after he fell from scaffolding at a construction site on Interstate Drive in Nashville on Tuesday afternoon.

Gustavo Enrique Ramirez of Springfield died when he fell 120 feet to the ground at the La Quinta Inn job site at 315 Interstate Drive.

According to Metro Nashville Police officials. Detectives were told that Ramirez was a part-time employee of Cortez Plastering, a subcontractor on the new hotel project.

His 18-year-old brother told police he was on the scaffolding with his back to the Ramirez when he heard a noise, turned around, and saw his brother fall. He immediately called for help.

Police officials say the did not see a safety harness on the victim or the scaffolding.

A representative from the Tennessee Occupational Safety and Health Administration responded to the scene.

Officials say there was no indication of foul play.

D.F. Chase, Inc. released the following statement regarding the accident:

All of us at D.F. Chase, Inc. are deeply saddened over the death of Gustavo Enrique Ramirez. Our hearts go out to his family. At this time, we understand this to be an isolated and tragic event, and the first fatality we have experienced in our 33 years of doing business. We are doing all we can to support TOSHA and his employer in their investigation to understand what went wrong. While TOSHA approved work to resume at the site, we are temporarily stopping work as everyone processes this tragedy.