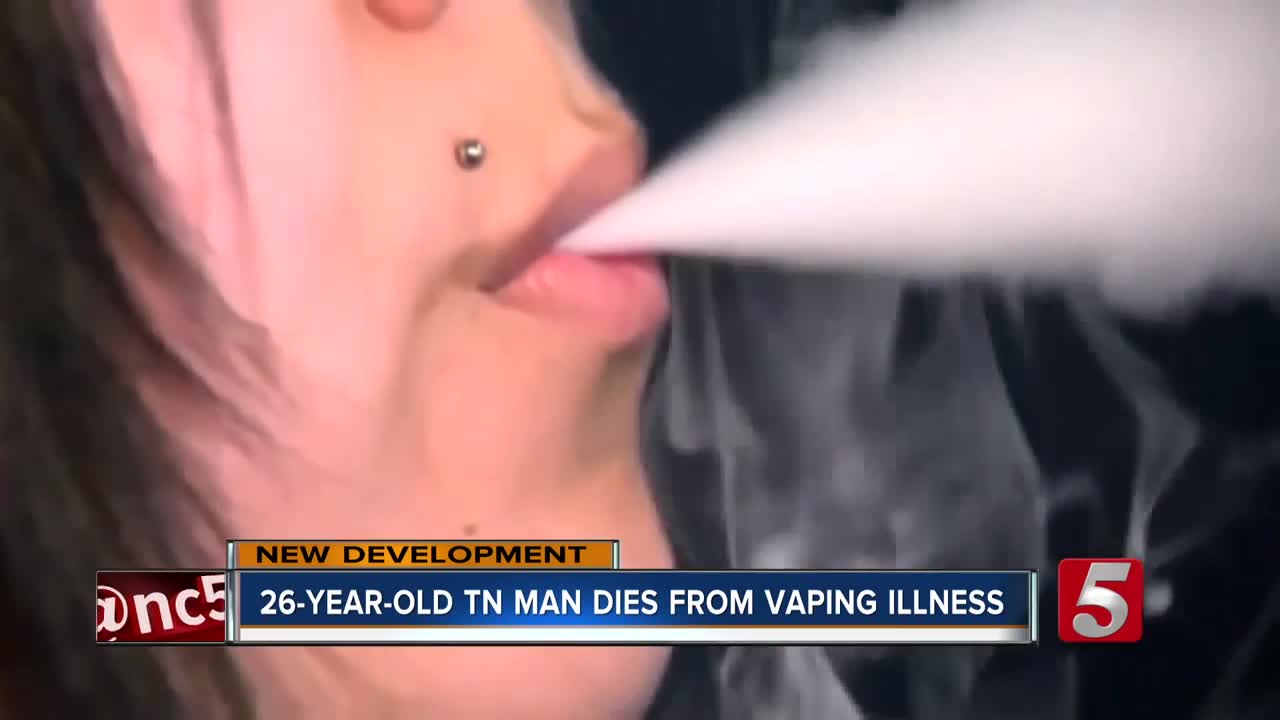 A man in Nashville has died with serious respiratory disease connected to e-cigarette or other vaping devices use, the Tennesee Health Department said. 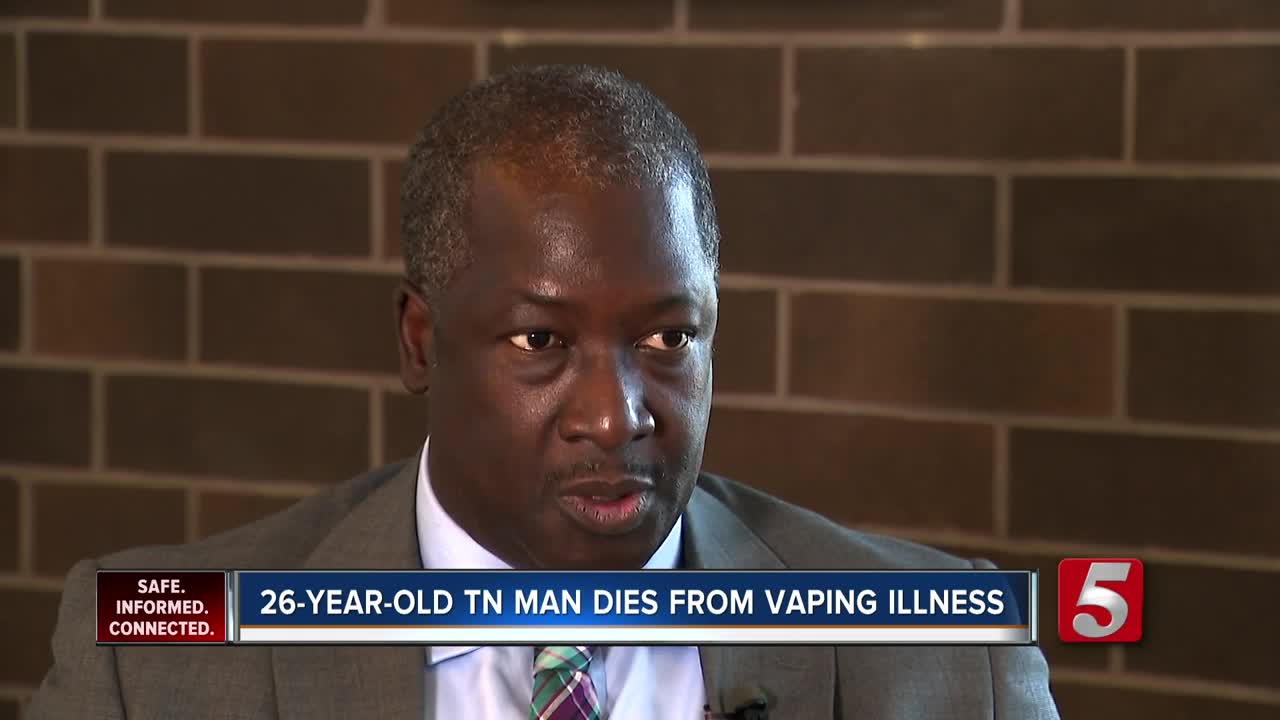 NASHVILLE, Tenn. (WTVF) — A 26-year-old man in Nashville has died with serious respiratory disease connected to e-cigarette or other vaping device use, the Tennessee Department of Health said. This is the first such death in the state.

Metro Public Health Department is working with TDH to investigate the death. It is not yet known if the man purchased his vaping device off the streets or in a store.

"Most of the cases that we have are associated with THC especially those that are purchased from the street. Whether it's some form of impurity or some component of it we can't tell for sure right now but we do know enough to send that caution to the public that vaping may cause harm to your health," said Sanmi Areola Ph.D., Interim Director of the Metro Public Health Department. "Make decisions that are good for your health. From what we know we are strongly, strongly recommending that people consider not vaping. We have a death but we also have non-fatal injuries that are associated with vaping,"

The CDC and FDA are investigating cases of severe pulmonary disease linked to e-cigarette or vape use across 49 states. THD said 1,299 cases have been reported as of October 8.

‘’We are extremely saddened by this loss of life and extend our sincere condolences to the patient’s family,‘’ said Tennessee Health Commissioner Lisa Piercey, MD, MBA, FAAP. ‘’We are working with partners across the country to investigate these cases of vaping-associated illness in Tennessee, and recommend Tennesseans consider refraining from using e-cigarettes or vaping while this investigation is underway.‘’

The state has seen 53 reports of vaping-associated respiratory illness as of October 17. Six of these cases were in Davidson County.

“Nashville’s first death and reports of severe pulmonary illnesses outbreaks associated with vaping nationwide should be a warning about the risks of severe lung injury from using these products” said Areola. “We will continue to monitor and investigate reports of illnesses and urge everyone to consider not using e-cigarettes and follow guidance from the CDC.”

According to TDH, patients involved in the outbreak had symptoms including cough, shortness of breath or chest pain growing worse over a period of days or weeks before they were treated in a hospital.