Man dies in hospital after falling from Broadway rooftop 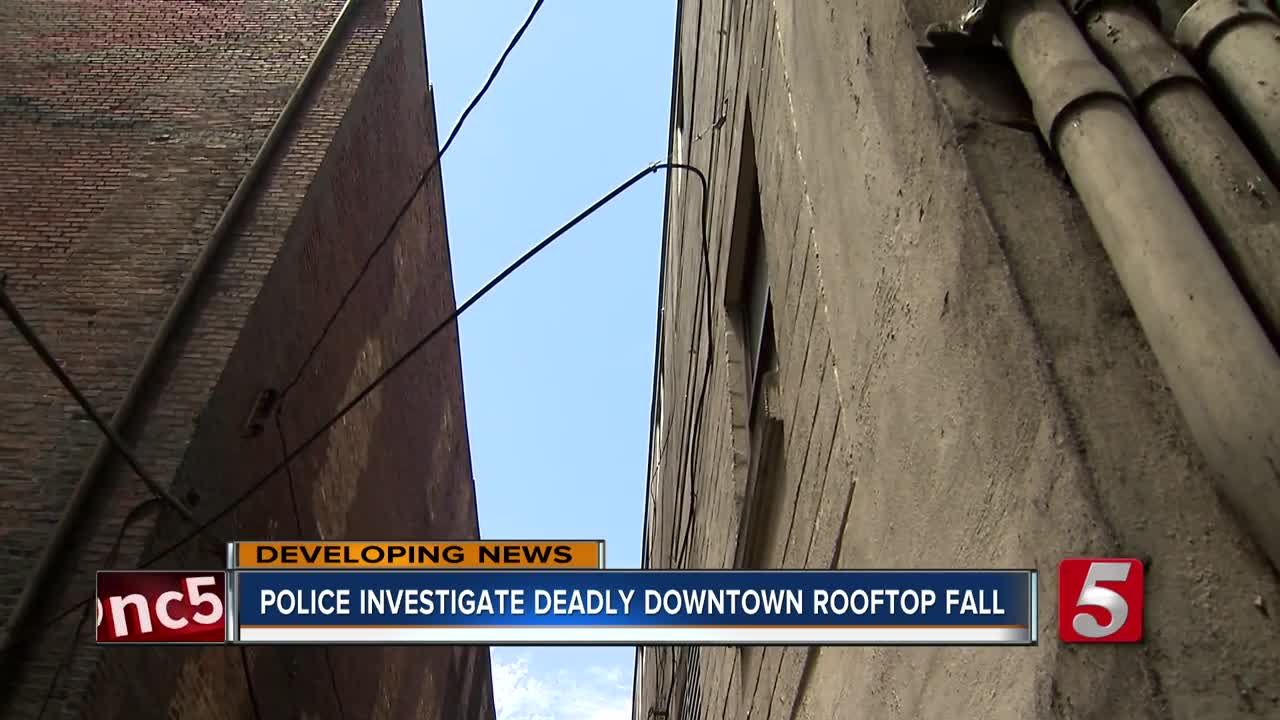 A man running from bouncers fell from a rooftop on Broadway to his death. 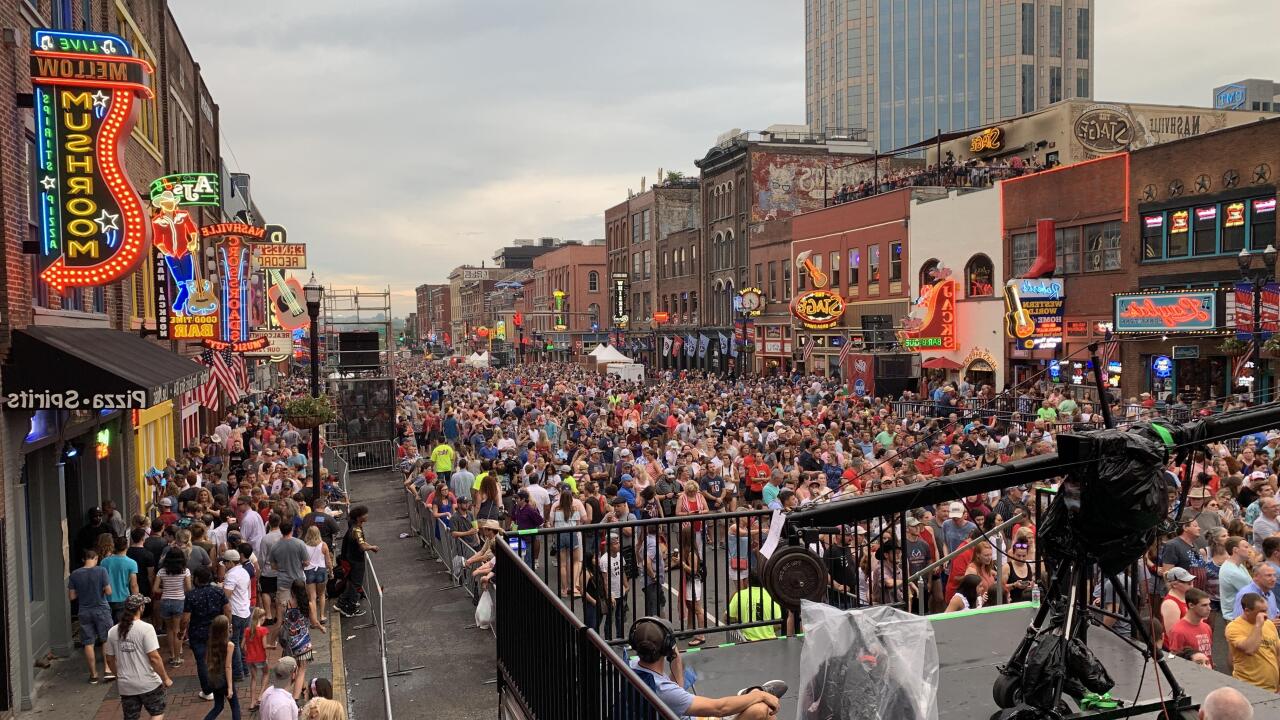 NASHVILLE, Tenn. (WTVF) — A man fell from a Broadway business's rooftop to his death as he attempted to jump from one roof to another.

Metro Police said around 5:15 p.m., Gage Schrantz, 22, of Tempe, Arizona was by himself when he ran into the entrance of Mellow Mushroom, 423 Broadway, up three flights of stairs, past security and onto the roof. He then jumped to the roof of AJ’s Good Time Bar at 421 Broadway, and from there to the roof of the Ernest Tubb Record Shop. Witnesses said he got a running start and jumped toward the roof of the Downtown Sporting Club.

"We see this man walking on the rooftop. The next thing we see him jump from that roof to the roof that's on our building and the next minute I look out the window again and I see him falling between the buildings," Melissa Diffenderfer said.

Melissa and her husband, John, had checked into the Downtown Sporting Club with their children to enjoy the Fourth of July festivities.

"The guy himself seeing him on the roof was unusual but other than that he was just like any other guy downtown. It didn't seem premeditated, it didn't seem like it was something he did intentionally," John Diffenderfer said.

The separation between the two buildings was 14 feet. Schrantz fell some 50 feet to the pavement.

An earlier version of this story said an employee of a downtown Nashville bar told NewsChannel 5 the man was trying to get away from bar bouncers; however, police said they don't have any information to indicate the man was being chased or that he was running from anything.