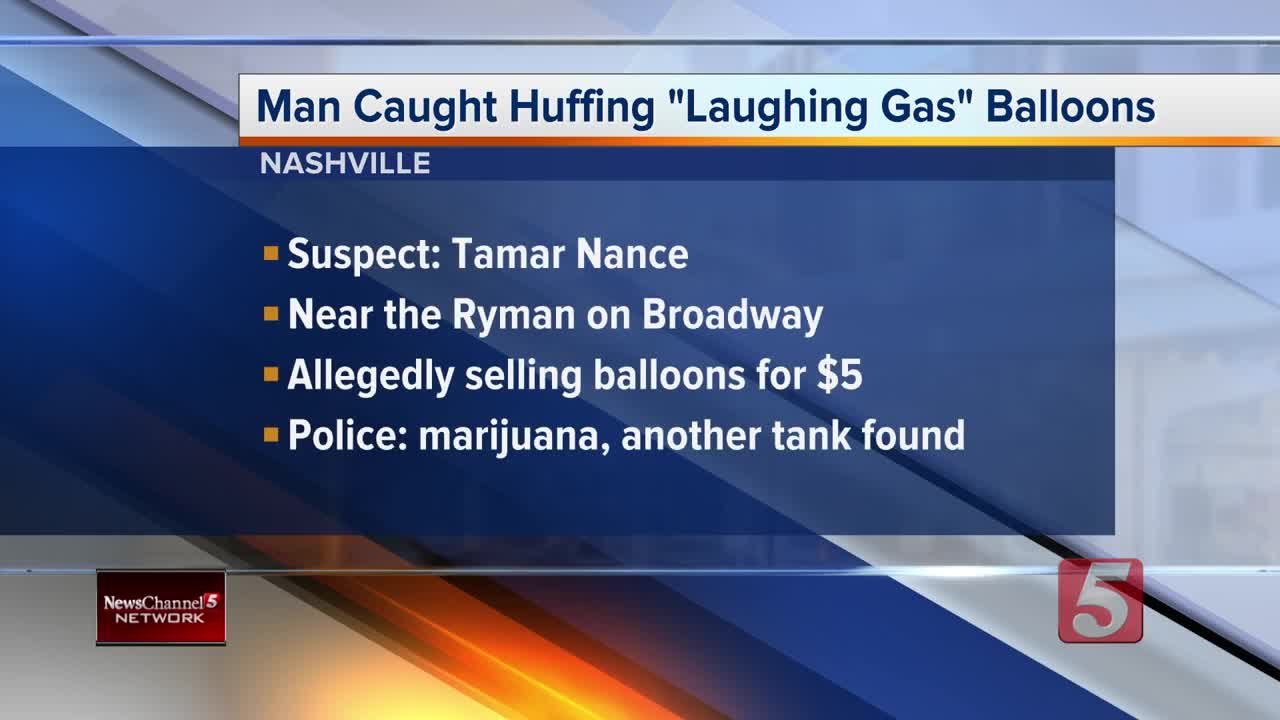 A man has been arrested after allegedly selling balloons filled with nitrous oxide in downtown Nashville.

NASHVILLE, Tenn. (WTVF) — A man has been arrested after allegedly selling balloons filled with nitrous oxide in downtown Nashville.

According to an affidavit from Metro Nashville police, Tamar Nance was caught huffing balloons containing what most people call "laughing gas.”

The incident happened last Thursday near the Ryman Auditorium on Broadway.

Nance and others were reportedly spotted huffing by an off-duty Metro police officer. He was eventually detained when an offer noticed a tank of nitrous oxide in the back of a car.

Police said Nance admitted to selling the balloons for $5.

Officers also found nearly 4 grams of marijuana and another tank of nitrous oxide in the car.

At this time, it’s not known where they got the nitrous oxide. According to the FDA, a person can have it but can get in trouble for selling it for recreational use.