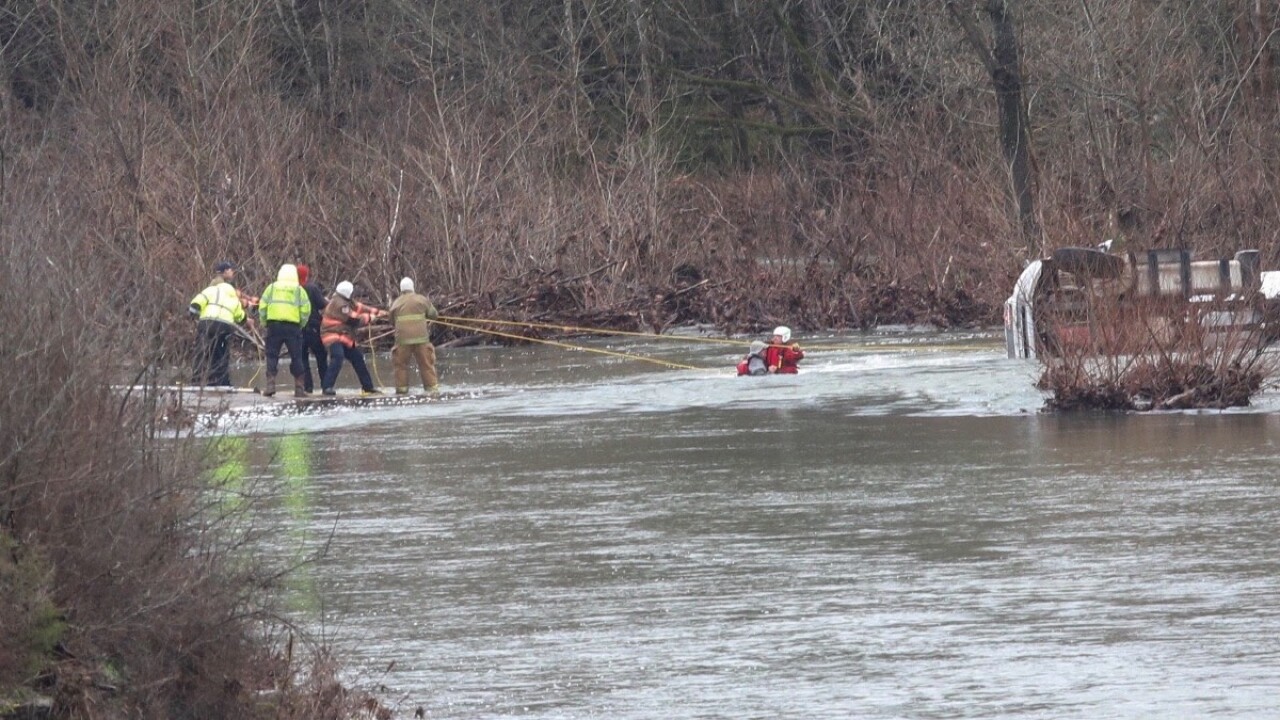 WILSON COUNTY, Tenn. (WTVF) -- — A man was saved Friday afternoon after the tractor-trailer he was driving rolled over into a creek in Wilson County.

The driver was found standing on top of the truck and stayed there for about an hour before he was rescued by the Wilson County EMA swift water rescue team.

The truck driver's name has not been released.