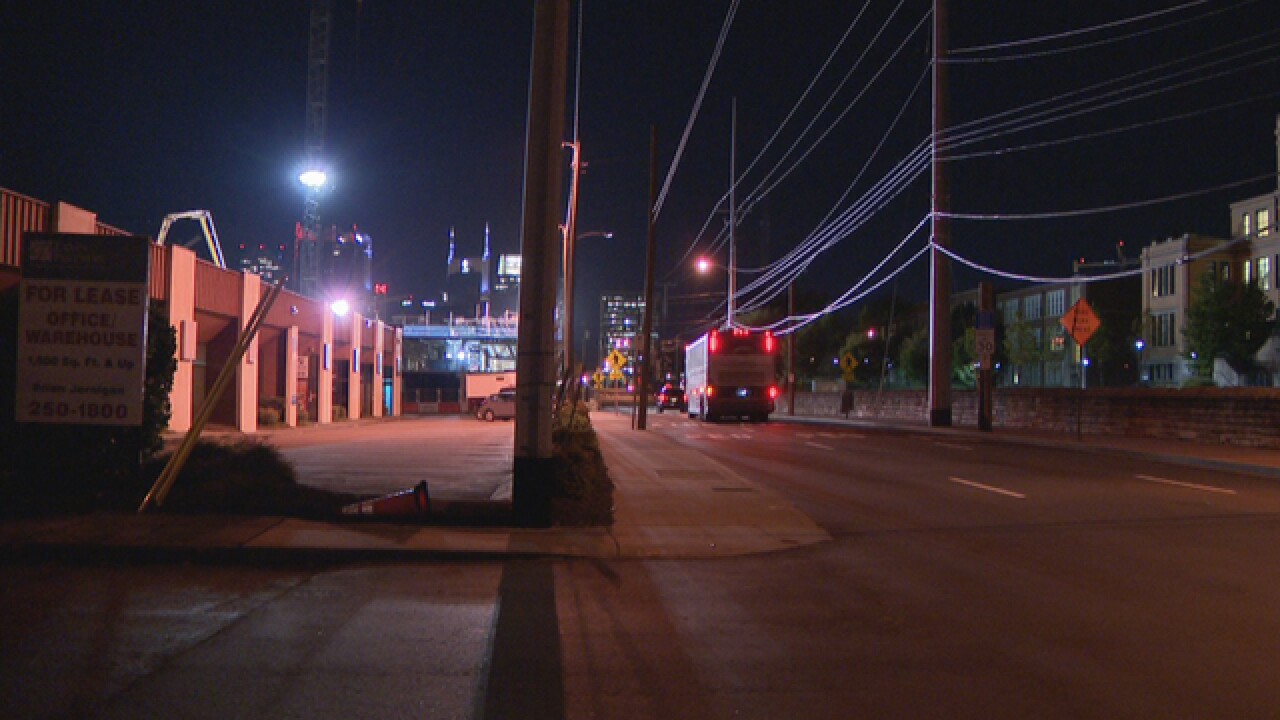 A man was taken to the hospital late Sunday night after he was stabbed a man near downtown Nashville.

The incident happened at about 10:50 p.m. at 3rd Avenue South and Lindsley Avenue.

The victim told Metro Police he was walking and asked a stranger if he could use his phone after his cell phone battery died.

The victim said he was walking away, when he was stabbed by the man in his side.

The victim was taken to Vanderbilt University Medical Center and is expected to survive his injuries.