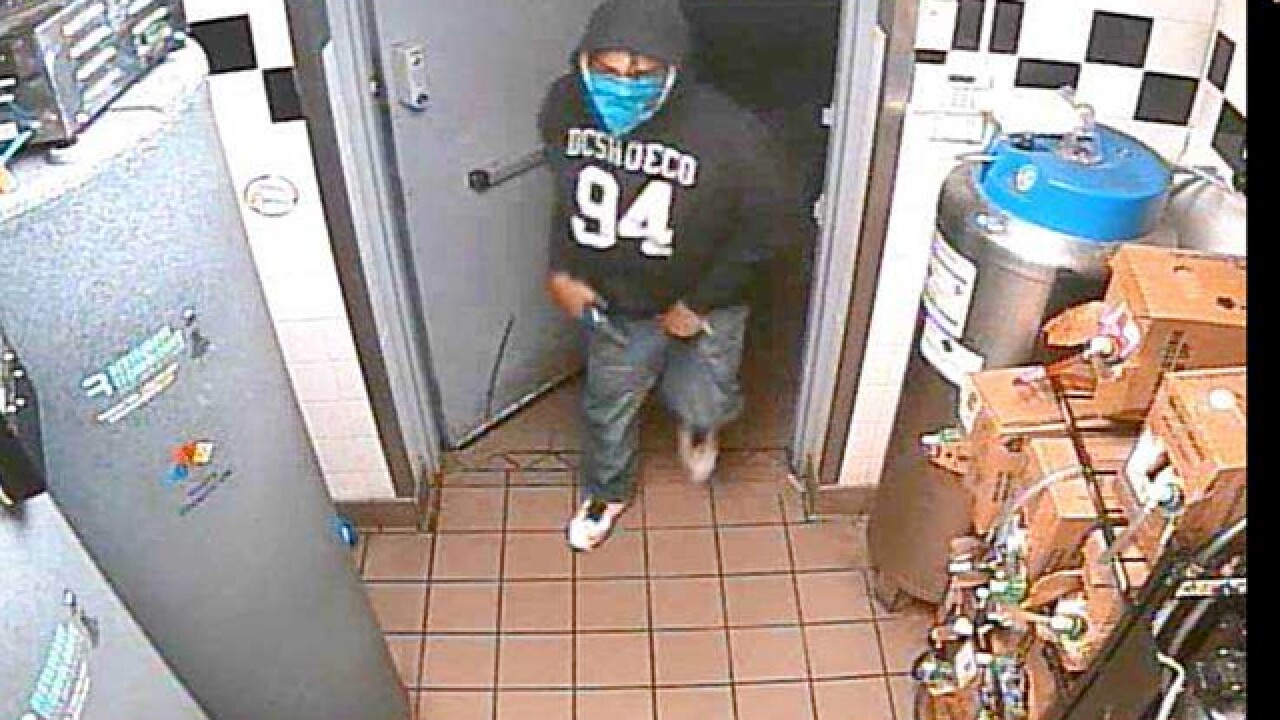 Police have been searching for an armed man who robbed a local Kentucky Fried Chicken.

The incident happened at the KFC in the 5300 block of Hickory Hollow Lane on July 17.

According to reports, the gunman, armed with a semi-automatic handgun, went in through the back door of the restaurant, entered through the kitchen, and demanded cash from the manager.

The manager complied, and the gunman fled from the scene on foot.

The suspect, possibly in his early 20s, was described as standing around 5’8’’ tall with a thin, muscular build. He was wearing a black hooded sweatshirt with DCSHOECO 94 on the front in white letters.

Anyone with information on the suspect’s identity has been urged to call Crime Stoppers at 615-742-7463.