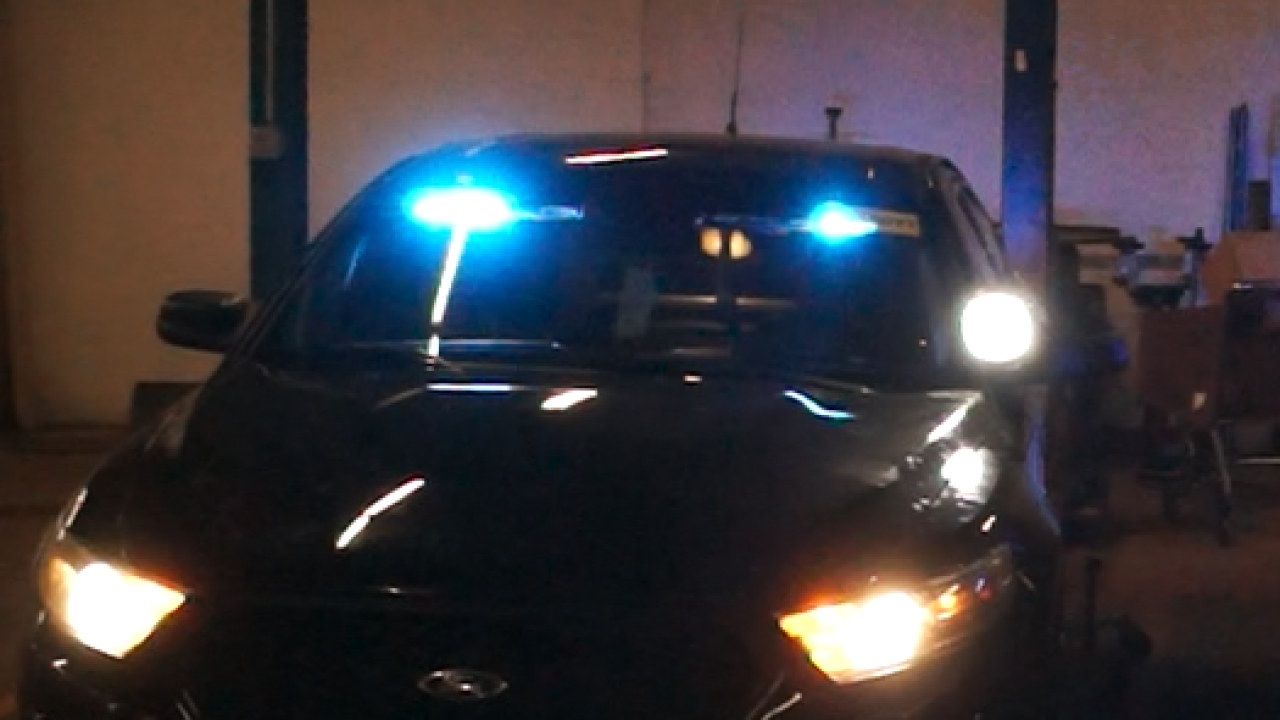 NASHVILLE, Tenn. (WTVF) — Police say a man with a history of impersonating officers in Kentucky is now doing so in Nashville.

Moon is also accused of having a Ford Taurus outfitted to look like an undercover MNPD car. Officers say they found a stolen police car license plate and a jacket with MNPD insignias, which is believed to have been stolen from a uniform store. The vehicle was impounded.

The items were found when officers searched his home as part of a month-long investigation. Moon was not home at the time of the search. When he got home, police say he climbed on top of the roof rather than surrendering to officers as they demanded.

The Nashville Fire Department brought in a ladder truck to get him down. He was charged with unlawful gun possession by a convicted felon, falsely reporting that one of his cars had been stolen, and evading arrest. Moon posted bond but remained under investigation by both the Specialized Investigations Division and the FBI.

On July 15 he was arrested and charged with unlawful gun possession by a convicted felon.

Moon was arrested in Warren County, Kentucky on January 31, 2019 for impersonating a police officer and receiving stolen property, after carelessly driving a white Chevrolet Tahoe with emergency lights on.

Moon entered into an agreement for five years of pre-trial diversion to resolve those charges on February 17, 2020. The agreement prohibits access to a handgun or firearm during the pendency of the diversionary period.

In October 2019, MNPD recovered from Moon’s vehicle, a government license plate stolen from a police vehicle the week before and in June 2020, Moon was implicated in the theft of other license plates from MNPD vehicles.

On July 4, 2020, Moon’s vehicle was reported as driving recklessly with blue lights and siren activated on Interstate 24 in Davidson County. His driving caused a vehicle collision.

Officers asked anyone who may have been pulled over by Moon as he impersonated law enforcement to call Crime Stoppers at 615-742-7463.