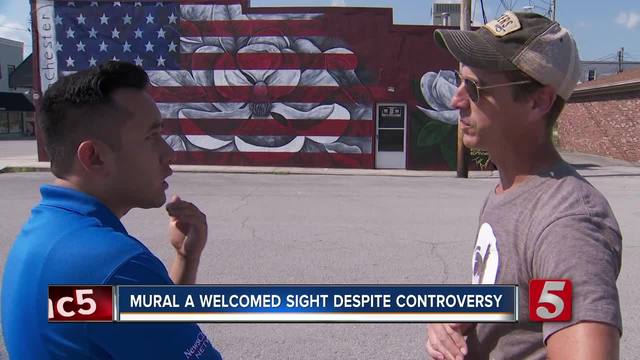 Many residents and visitors of Manchester said they are pleased to see a large mural in downtown despite initial controversy. 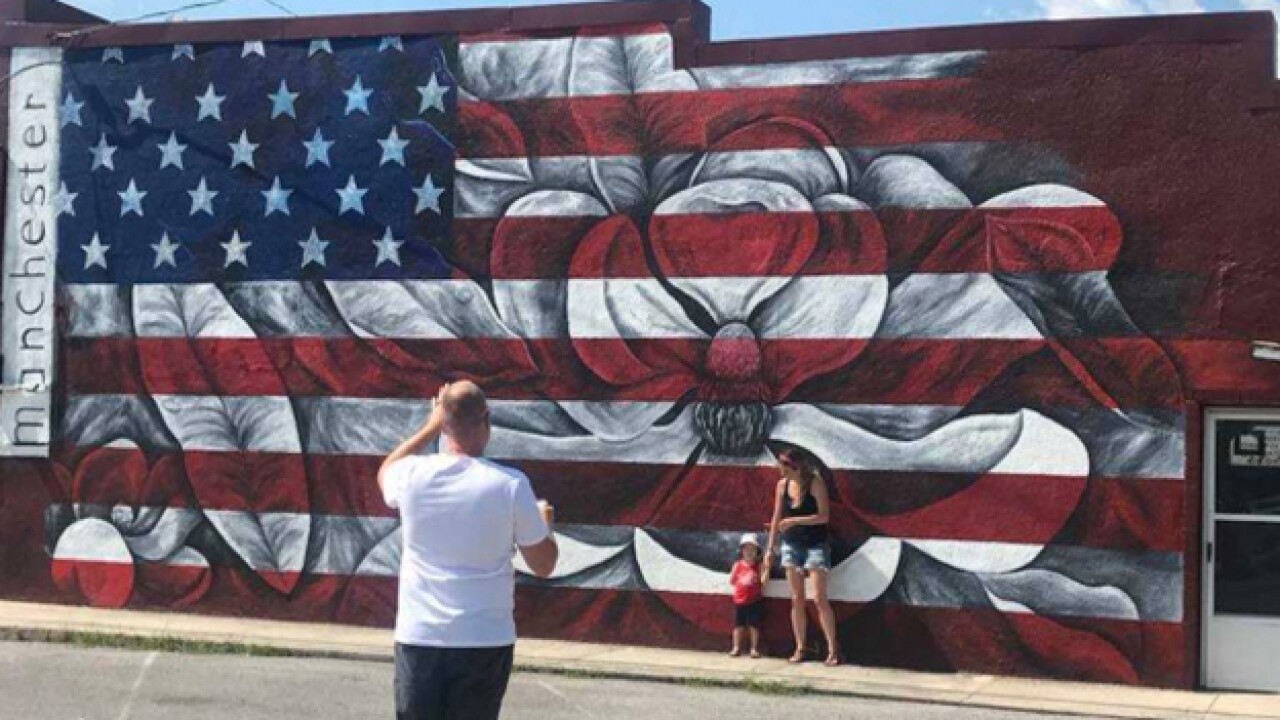 Many residents and visitors of Manchester said they are pleased to see a large mural in downtown despite initial controversy.

It has been several weeks since artist Tara Aversa completed a mural on the side of Wheeler’s Construction and Restoration, Inc. on Spring Street.

She painted an American flag with a magnolia flower and the word 'Manchester' on the side. The mural replaced a smaller and faded painting of the American flag.

"I love it. I think it's beautiful," Coffee County resident Jim Payne said.

NewsChannel 5 spoke to several other people who stopped to take pictures of the mural on Fourth of July. They all shared the same feeling that the artwork is a welcomed addition to the small town.

"I think it's gorgeous, and I think it gives downtown a facelift for sure," Manchester native Susan White said.

However, the mural was not completed without some opposition. Historic Zoning Commission member and local businessman Scott van Velsor said the same commission he is a part of tried to stop the mural because of "control issue."

In partnership with the building owner, van Velsor had approval from the commission to paint the building and add an awning since it is in an historic zone.

The commission has been set in place for several years to preserve the historical content of the buildings.

Members apparently wanted the project the wait until city officials could create guidelines on painting murals in the historic downtown area.

"I'm just philosophically against regulated art. It's not art if it's regulated and it ceases to become art if you have a committee to decide what goes where," van Velsor said.

Since there were no rules and received permission, van Velsor continued with the mural, which is a part of his bigger project to draw tourism and revitalize the small community.

The artist started the mural on Mother's Day and while painting, van Velsor claimed a commission member tried to get her to stop. When she continued, police were called on her but could not do anything since her actions were not illegal.

It was mentioned that some of the members were not pleased that the painting was not a traditional representation of the American flag nor had anything representing the city.

"They thought they had the right to control what went on and outside the private property's business. What it all comes down to is that they wanted to put regulations in place and we did it anyway," van Velsor added.

In the last meeting, van Velsor said some members even wanted him to step down. Officials started creating guidelines, some of which did not go through because of the First Amendment.

Other points that were not disapproved included prohibiting murals that were obscene or pornographic.

Now that the mural is finished, the drama has somewhat tapered off.

There have been more requests from other building owners to have paint murals on the side, according to van Velsor.