Thousands rally through downtown Nashville in 'March for Justice' 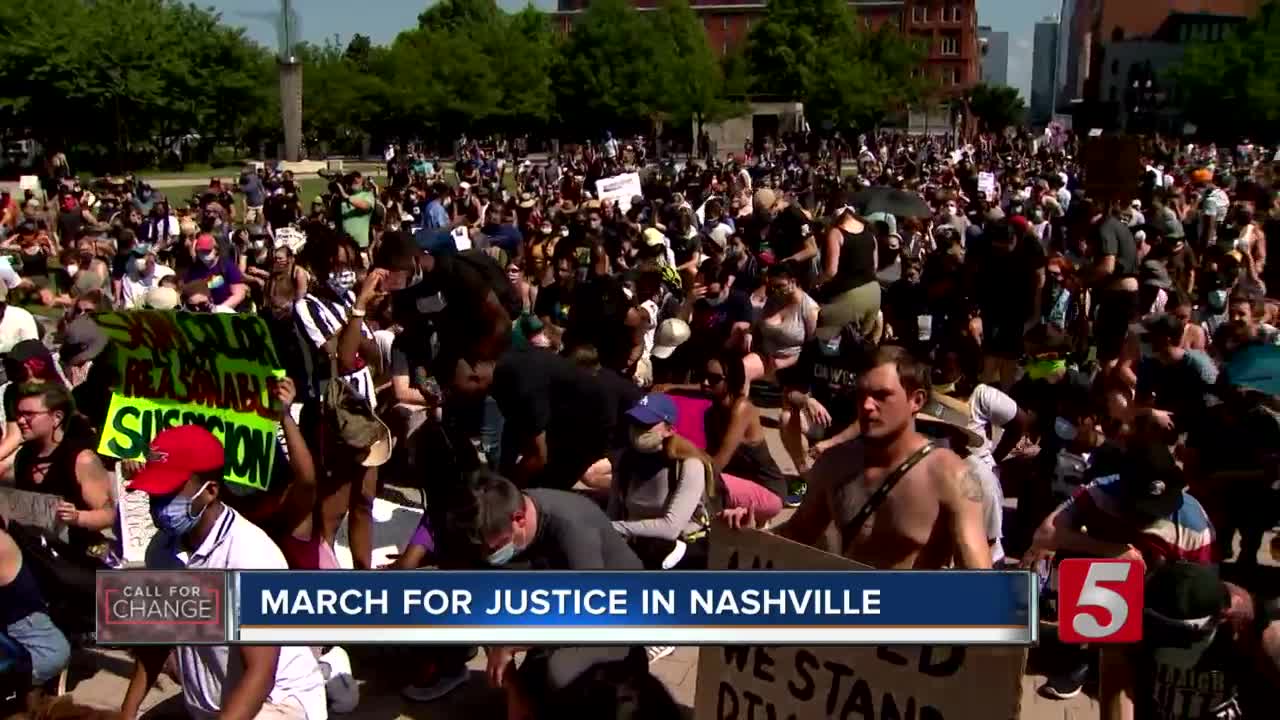 Thousands show up for the march for justice rally Saturday 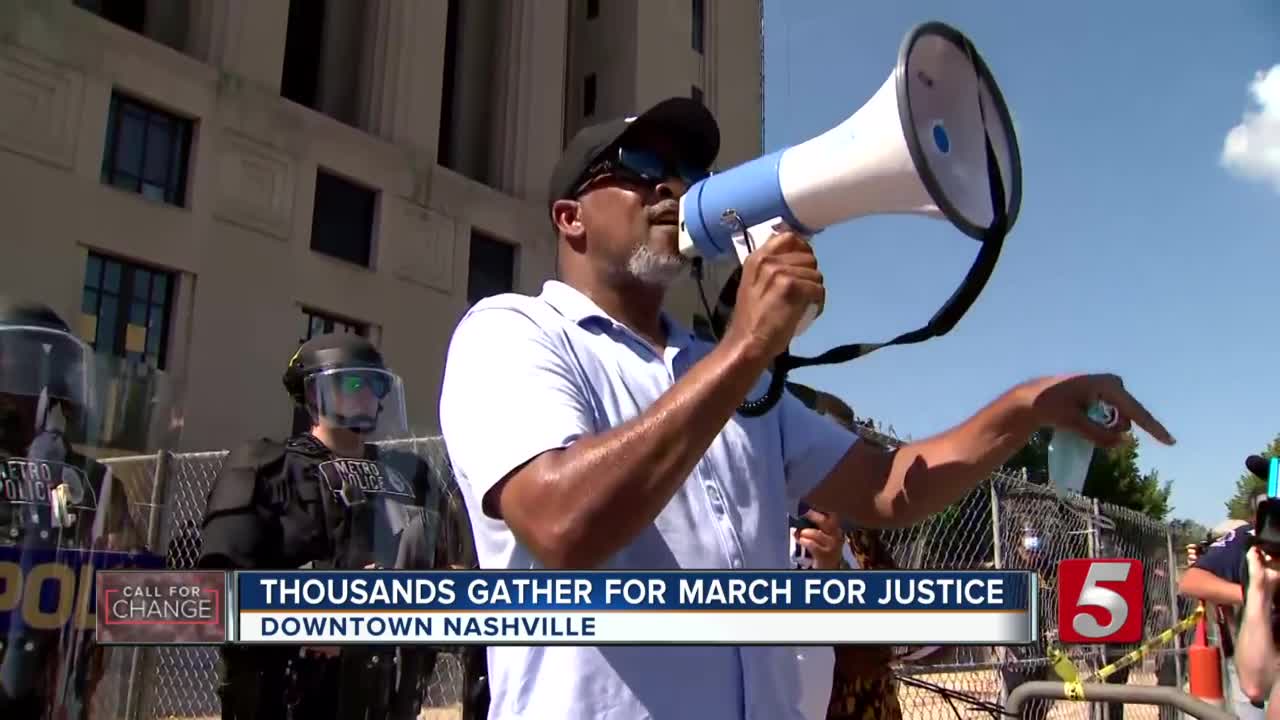 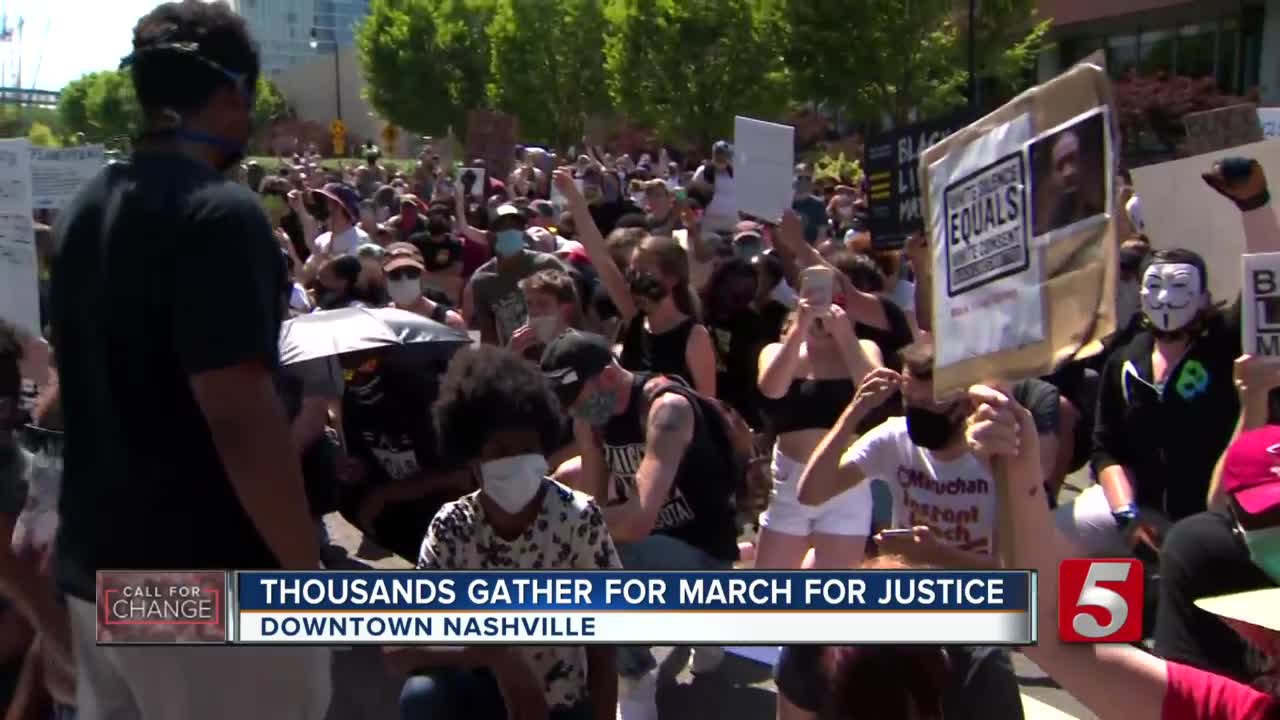 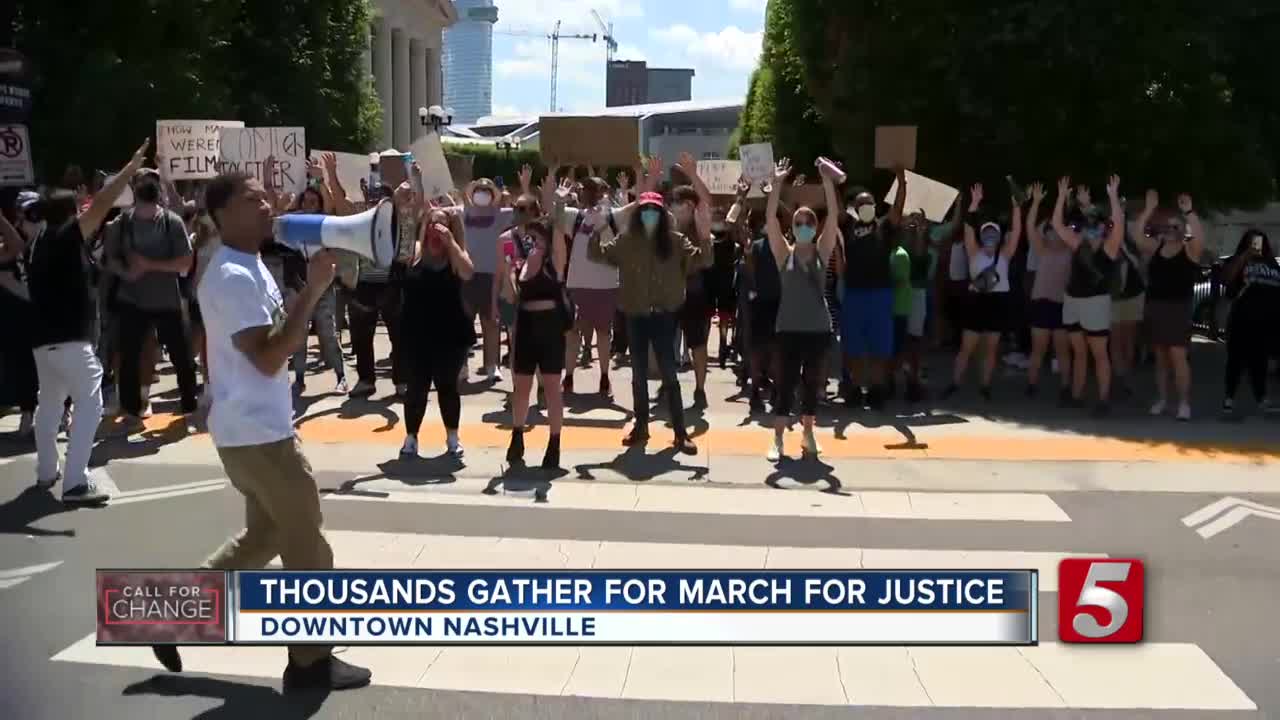 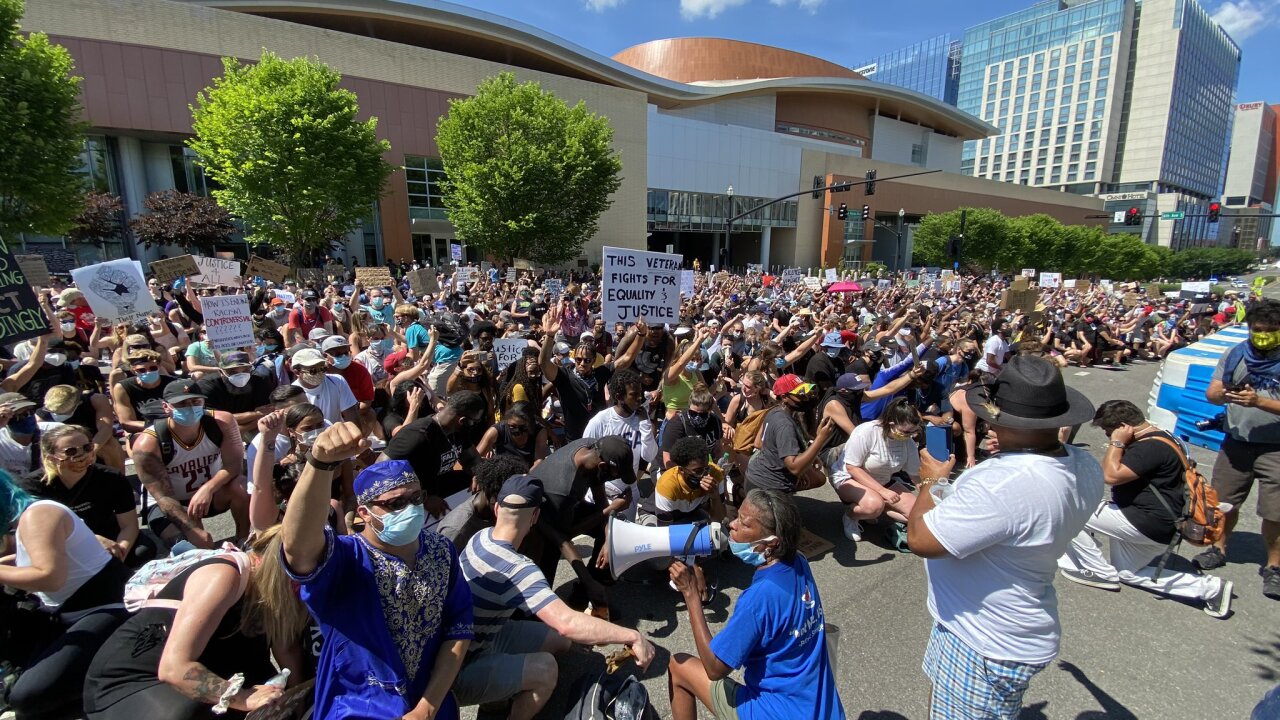 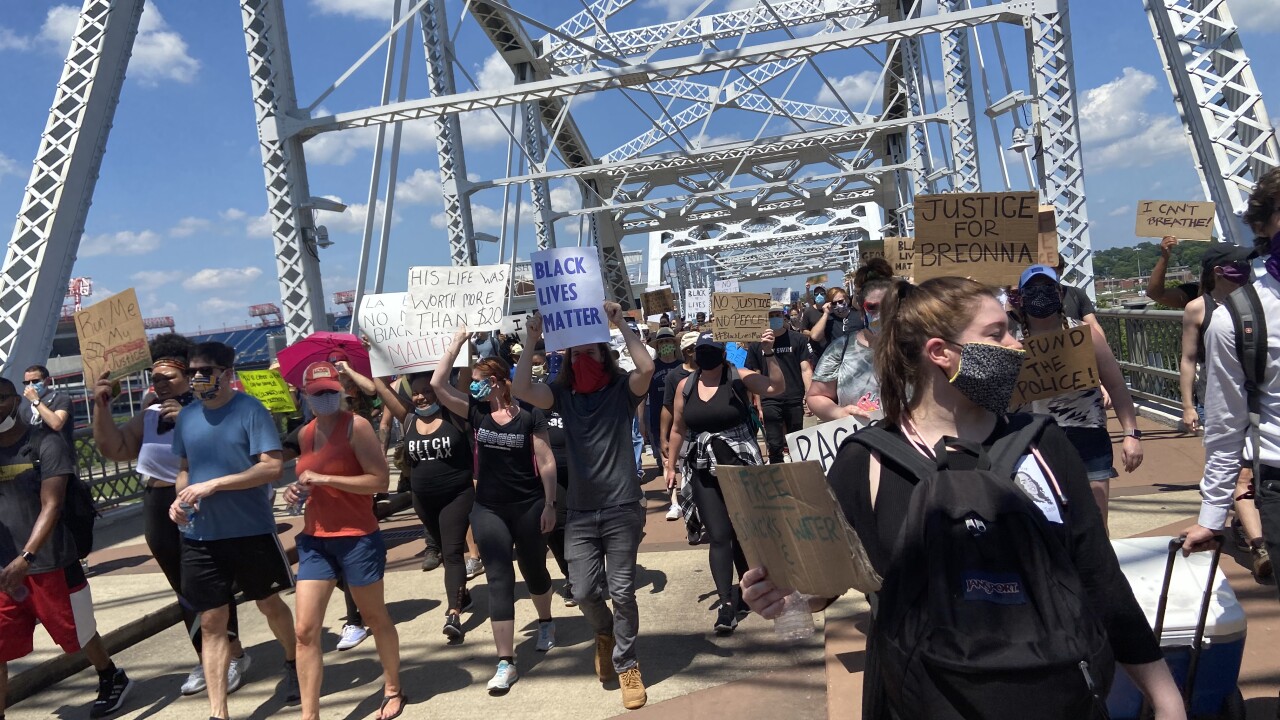 NASHVILLE, Tenn. (WTVF) — Thousands of people came to downtown Nashville on Saturday for a rally to honor the life of George Floyd and Breonna Taylor.

Called the March for Justice, the rally began at 2 p.m. at the John Seigenthaler Pedestrian Bridge.

With temperatures in the 90s the heat was brutal for demonstrators. At one point, medics were called to Broadway for one person who had passed out.

The Nashville Fire Department said four people were treated at the peaceful protest for heat-related illnesses and one person was taken to the hospital.

A tent was set up at the meeting area, and masks will be passed out to any who did not have one.

Shortly after the meet-up time, those in attendance marched through the bridge to the Central Police Precinct, where activists gave speeches and a moment of silence has held

The crowd takes a knee in the middle of the Korean Veterans Blvd pic.twitter.com/QvmaKt99EL

They briefly stopped on Broadway then moved to Public Square Park at the Metro Nashville Courthouse. There, activists again gave emotional speeches, and held a moment of silence.

While at the courthouse, activist Jeneisha Harris led the demonstrators in a libation ceremony to remember the lives of George Floyd, Breonna Taylor, Sandra Bland and Tamir Rice.

Following a closing statement, the march moved back to John Seigenthaler Pedestrian Bridge. It concluded around 5 p.m.

Metro Police tweeted a 'Thank You' to those who attended. They confirmed no businesses or property were damaged during the rally. They said one person was arrested, for flying a drone too lower over a Broadway crowd.

The March for Justice rally was organized by Middle Tennessee State University students who are part of the Somali and Muslim communities. They are not part of a larger organization.