Marine Gets Promotion 73 Years In The Making 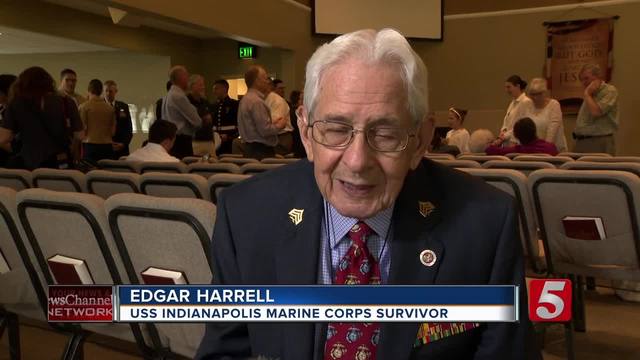 Edgar Harrell is the last living survivor of Marine Corps members who were on the USS Indianapolis during World War II, and on Thursday, 73 years after the ship was sunk by two torpedoes, Harrell was given a promotion that he was promised all those years ago. 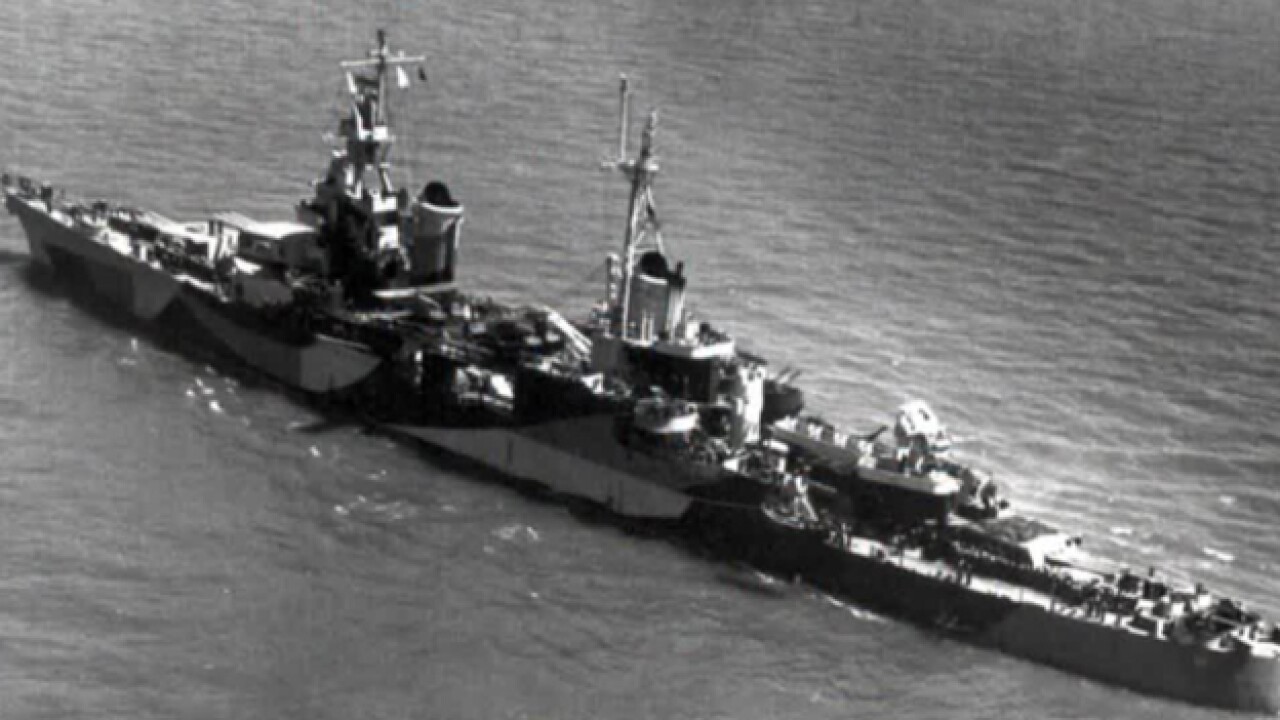 Edgar Harrell is the last living survivor of Marine Corps members who were on the USS Indianapolis during World War II, and on Thursday, 73 years after the ship was sunk by two torpedoes, Harrell was given a promotion that he was promised all those years ago.

The USS Indianapolis became one of the most important ships of WWII, delivering important components of the atomic bomb that was dropped on Hiroshima, and being sunk in the middle of the ocean after being hit by two Japanese Torpedoes.

"It was the largest causality at sea in the history of the U.S. Navy," Harrell said. "Our ship went down in 12 minutes."

In those 12 minutes, the crew of the Indianapolis wasn't able to communicate what was happening to the outside world out of fear that their message would be detected by enemy forces.

In the time they were hit to the time they sunk, the Indianapolis was able to send out 3 SOS signals, all of which were largely ignored by U.S. forces.

About 300 Americans went down with the ship, and more than 800 were left swimming for their lives with no one looking for them. They didn't even have time to deploy life boats before the ship sunk.

Harrell was one of the more than 800 that was in the water, and along with his shipmates, he had to fight hypothermia, dehydration, hunger, and sharks.

Through it all, Harrell lived by three words: "Never give up."

"That's what we said when we were swimming those four and a half days with the sharks," Harrell said.

The shark attacks are one of the things that stuck out to survivors the most. At one moment, they'd see fins, then the next, those around them would disappear into the water, followed by a pool of blood.

The shark attacks following the sinking of the USS Indianapolis were even mentioned in the movie Jaws.

Through it all, Harrell helped keep his fellow Americans alive by instilling hope in them, and after four and a half days in the water, they were spotted by a plane, and they were later rescued.

For the past 73 years, Harrell has been telling the story of the USS Indianapolis, which was largely covered up by the Navy for years.

Last year, while attending a Veterans Day Parade, Harrell told U.S. Marine Corps Captain Scott Montefusco a story about how he was promoted the day before the ship sank from corporal to sergeant, but because the ship sank and he was discharged for his injuries, the paperwork never went through, and Harrell was never promoted.

That is until Captain Montefusco brought the story to the powers at be, and on Thursday, surrounded by fellow Marines and family in Joelton, Harrell was given his promotion to sergeant.

"All he has ever cared about is the sacrifices of the men, never letting the country forget what happened that night," Montefusco said.

And for Harrell, that has been his version of serving the Marines over the past 7 decades, and for him, it's something he'll continue to do as long as he's able.

"It needs to be told. Young people need to know something about what the serviceman goes through to pay for the freedom that we have in America today," Harrell said.