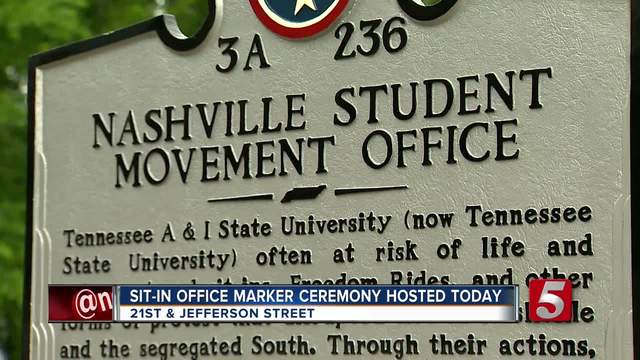 It was a historic day for the community of Nashville and Civil Rights activists. Thursday, the new "Nashville Student Movement Office" marker was officially unveiled at 21st Avenue North and Jefferson Street. 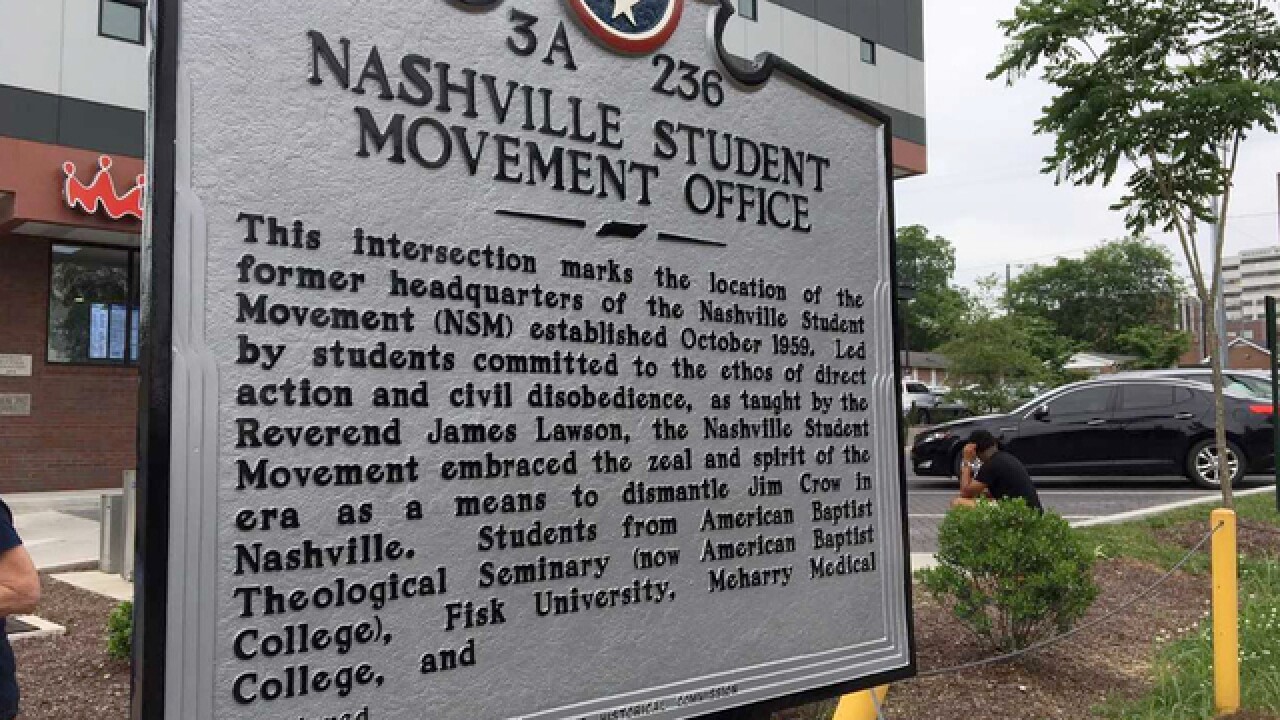 It was a historic day for the community of Nashville and Civil Rights activists.

The monument honors the historic Nashville sit-ins during the Civil Rights Movement.

Fredrick Leonard, who attended the event, said while having the marker is a big accomplishment, this is just the beginning.

“I think it's going to continue,” Leonard said. “I think we will have markers everywhere recognizing the fight that we did, the efforts that we did to change America.”

Some of the guests at the event included visitors from the African American Cultural Alliance, the Civil Rights Veterans Association, and the Nashville Historical Commission.