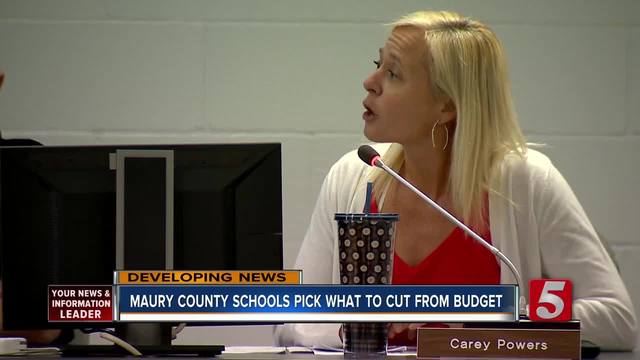 Less than two weeks ago the Maury County Commission voted to give the school district a little more than 99 million dollars. The school district was hoping for 107 million, it meant they had to make some cuts and we're now finding out what those cuts could be. 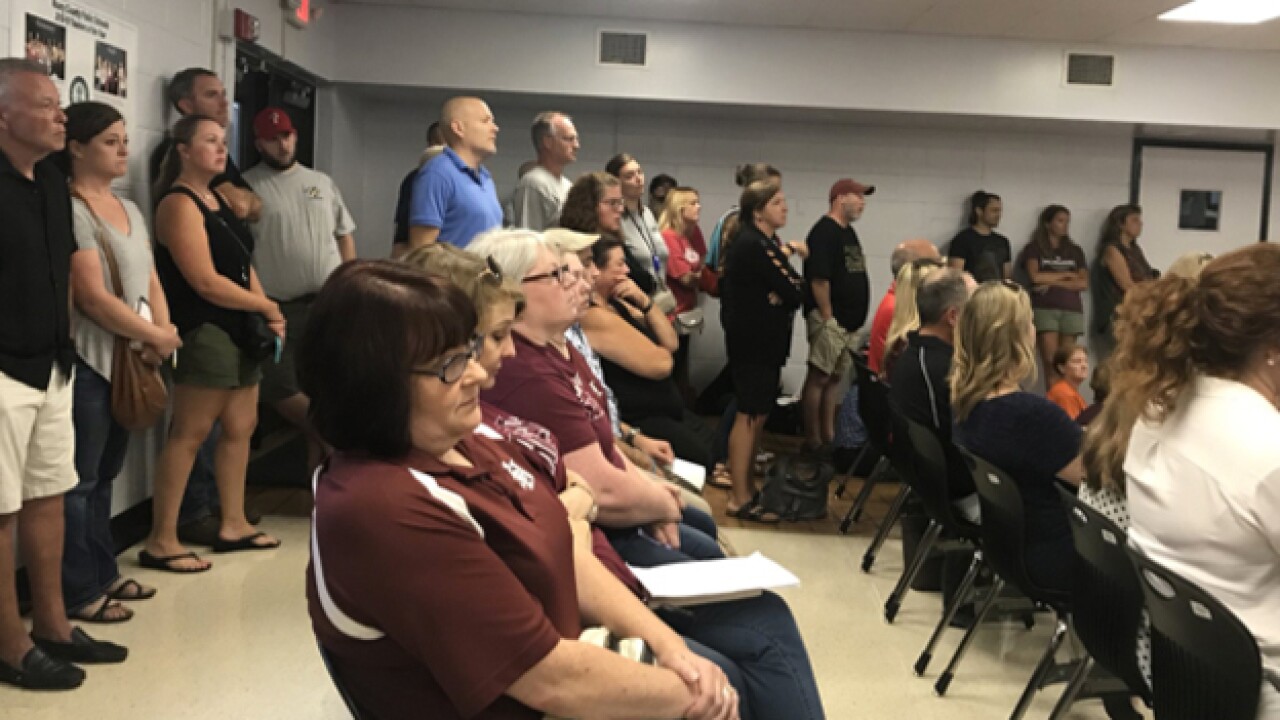 Less than two weeks ago the Maury County Commission voted to give the school district a little more than 99 million dollars. The school district was hoping for 107 million, it meant they had to make some cuts and we're now finding out what those cuts could be.

The night before classes begin, dozens of teachers crammed into a school board budget work session.

"For three years we've been on a spending spree in this county with the school system," Maury County teacher and union representative David Huebner said.

Budget woes have plagued the district for the last couple of years and now school officials and the school board are feeling the pinch to get a budget approved by August, 31. "We don't reach an agreement by the end of August we default to the budget last year and that's about a million dollars less, about 98 million then you're going to see some other things falter as well," Huebner explained.

To try and reach the 99 million dollar budget the county approved for the school district the central office proposed cutting the 2 percent raise for teachers, several instructor positions and family medical benefits for employees. However, several school board members were quick to respond, saying they would not approve any budget that hurts the teachers or the students.

For several hours board members debated on what and how to cut money from the budget. Some board members suggested cutting back on some of the high wages given to administrative staff. Huebner also spoke on the issue. "We have an excessive number of high salaries in the central office that are killing the budget, it's more than double there. I don't see the shared sacrifice," he explained.

As the night progressed it became clear the board wanted to cut certain programs, not teacher benefits. Possibly on the chopping block, the one to one digital initiative that would give every student a lap top.

As of 9:50 p.m. Thursday the work session was still in progress. It began at 6 p.m. Stay with News Channel 5 as this story develops.