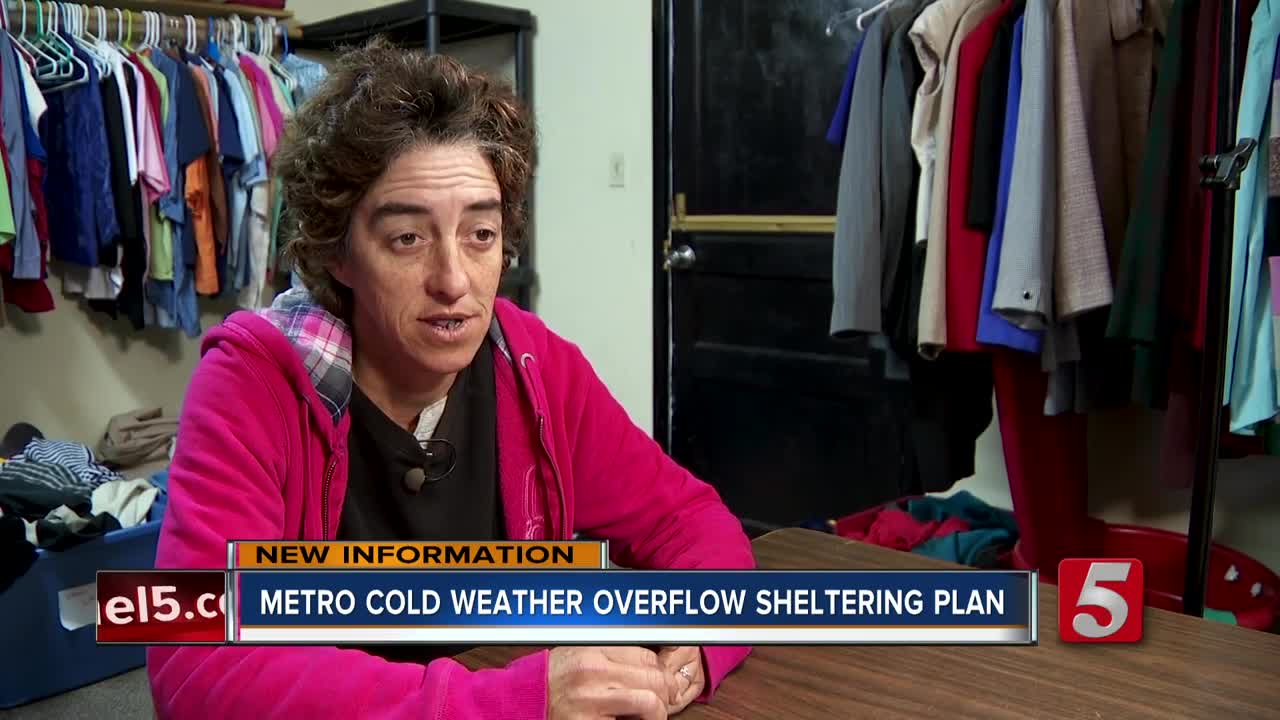 Nashville Mayor John Cooper released the city's cold weather plan for the homeless community following news of a budget issue that briefly left Metro with no funds to operate warming shelters this winter. 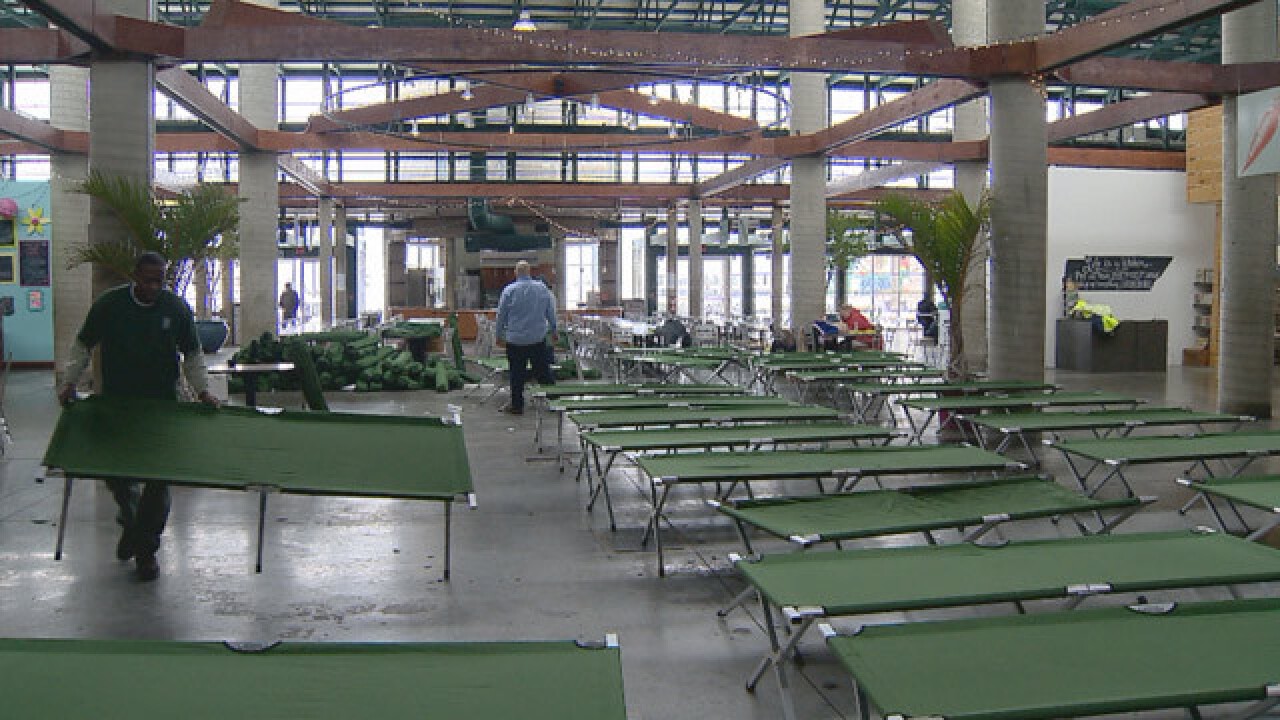 Mayor Cooper released the Metro Cold Weather Overflow Sheltering Plan Thursday as a cold front moved into the region, which is expected to bring temps into the 30s and possibly create a wintry mix by next week.

“The Cold Weather Task Force has been working expeditiously with stakeholders and our non-profit partners to ensure that we have a plan in place to help provide access to a warm, safe bed for anyone experiencing homelessness in Nashville during cold winter nights,” said Mayor John Cooper. “From guest transportation and meal service to pet sheltering and facility safety, this season’s Metro Cold Weather Overflow Sheltering Plan has been carefully thought out to ensure that Metro helps unhoused and unsheltered individuals and families off the streets when outdoor temperatures become unsafe while, first and foremost, providing the support that our community partners need in fulfilling their missions.”

Last month, news broke that a budgeting issue meant overflow and warming shelters would not be able to open this winter. Homeless advocates voiced their concern over the hundreds of homeless that would be left in the brutal winter conditions.

The press release from Cooper's office said the plan was the result of an intensive multi-agency effort including Metro Social Services, the Office of Emergency Management, Metro Public Works, and the Davidson County Sheriff’s Office.

“Our number one priority this winter is to make sure that anyone in Nashville experiencing homelessness knows they don’t need to choose to try and tough it out in the cold,” said Renee Pratt, Executive Director of Metro Social Services. “Room In the Inn and Nashville Rescue Mission have plenty of space as our city’s primary shelter providers, and the agencies running the overflow shelter will be keeping a careful eye on the weather and bed counts to make sure there’s more than enough space to keep everyone warm and safe.”

For those who are living on the streets they say having an emergency shelter is a matter of life and death. Chris Root known as Hillbilly found himself hitting some hard times. He's been homeless since he moved from Nashville to Ohio last year.

"It's rough living on the street, you never know when you're going to eat, take a shower," said Root.

Root says since the move finding a job and affordable housing has seemed merely impossible and he's not alone. Elisa Nippers has been homeless for 20 years after a tough divorce left her with no where to go.
However, they say that feeling gets even harder when the temperatures reach below freezing.

"I had like two friends of mine had die out here from the cold weather,' said Nippers.

Nippers and Root says if it wasn't for the help from organizations like Souls United they would be even more lost. Sheldon Diggs volunteers his time to make sure Nashville's homeless have what they need, even putting those he helps like Root and Nippers to work in feeding the homeless out of a church.

When Diggs found out there was no funding to operate an emergency weather shelter this year he was shocked.

"It bothered me, it definitely bothered me, and I talked to a couple of people about that. I’m glad to hear that they retracted that and got the funding and things that needed to start that," said Diggs.

That was until this week, when Mayor John Cooper announced the emergency shelter will be open just one day before temperatures we're going to be in the 20's at night. It's news those surviving on the streets want to hear.

"If you can't stand being out in the cold, I advise you to go because it's better to be inside when it's freezing temperatures than to be out here," said Nippers

Souls United is always in need of donations and volunteers. They're asking for blankets to help this winter, you can drop them off at True Friends Moving Company on 3606 Old Hickory Blvd.
Nashville, TN 37138 or Slow Burn Hot Chicken at 495 Myatt Dr, Madison, TN 37115.

Read the full plan released from the mayor's office below.

From November 7, 2019 through March 31, 2020, Metro’s overflow sheltering plan will activate when the National Weather Service’s official local forecast reaches 28 degrees Fahrenheit or below, and the overflow shelter will begin receiving guests when primary community partner shelters reach maximum capacity. Shelter activation status will be directly communicated to community partners, submitted to media outlets through the Office of Emergency Management’s public information officer, and can be accessed by calling the Extreme Weather Information Line, which is updated daily by 9:00 a.m., at 615-862-6391.

Metro’s overflow shelter is located at a vacant DCSO dormitory at 5131 Harding Place, Nashville, TN 37211. Standard hours of operation upon activation are 7:00 p.m. to 7:00 a.m. The overflow shelter site will include:

Metro’s overflow shelter site has a maximum capacity of 150 guests and was selected due to its operational features including a purpose-built design for housing individuals and couples, the availability of a commercial kitchen for preparing meals, adequate bathroom and shower facilities, access to laundry facilities for guest bedding, and ability to accommodate pets. Past overflow shelter sites were housed in multi-purpose facilities that were not adequately suited to provide overnight group housing services.