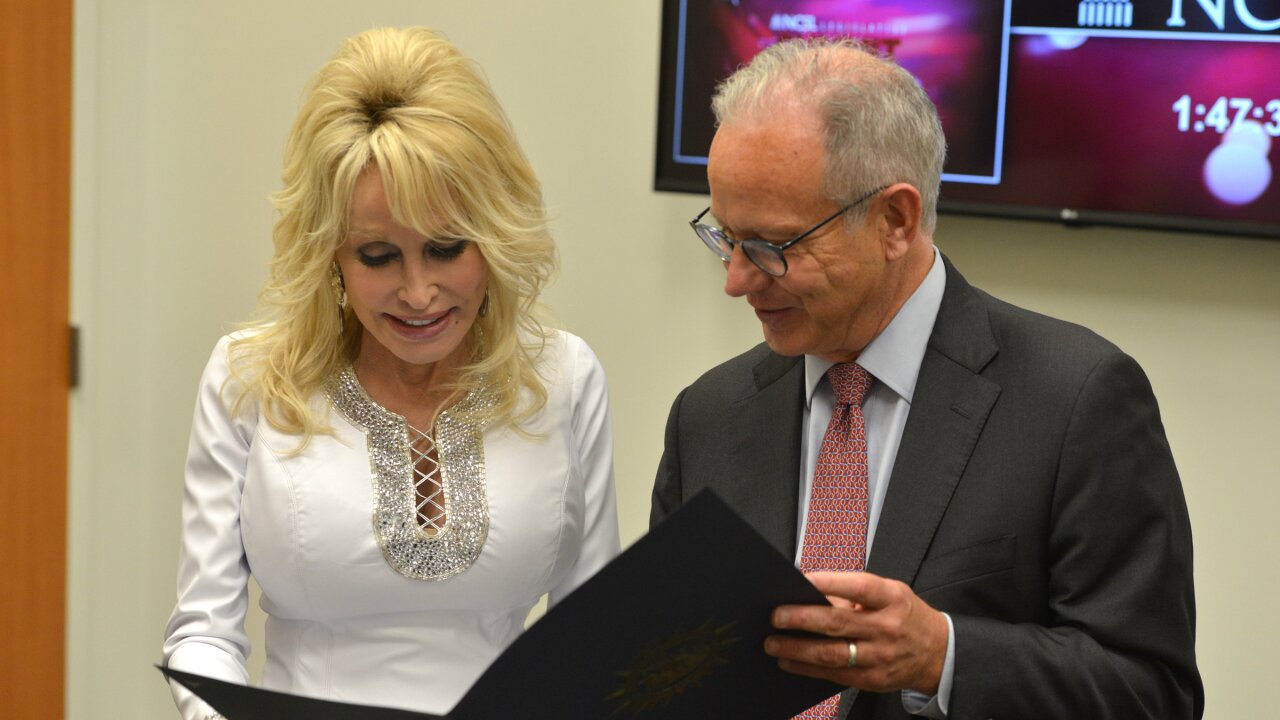 Briley was with Dolly when he signed the proclamation honoring the legendary singer and actress.

He called her one of "Tennessee's greatest education and literacy advocates." Her foundation has worked to equip students throughout the state with what they need to graduate and succeed since its creation in 1988.

She also founded the Imagination Library which sends books to children across the state and country.