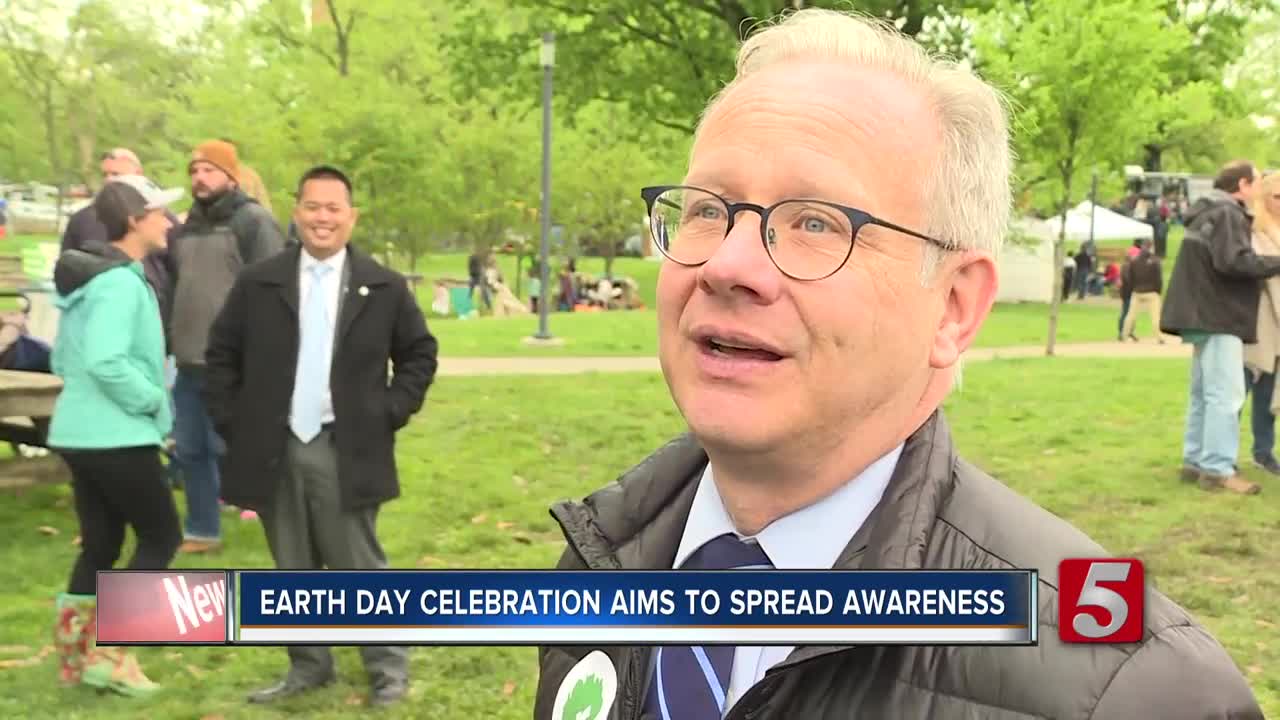 Hundreds of people celebrated Earth Day at Centennial Park on Saturday by listening to music and learning more about about Nashville's green initiatives.

NASHVILLE, Tenn (WTVF) — Hundreds of people celebrated Earth Day at Centennial Park on Saturday by listening to music and learning more about about Nashville's green initiatives.

In between bluegrass bands, Nashville Mayor David Briley addressed people in the crowd, who were walking booth to booth, listening to environmental advocates and doing arts and crafts. Briley talked about some of the projects across the city that work to make the area greener.

While on the subject of trees, Briley added that the cherry trees that were relocated to make room for the NFL draft stage are still doing well.

In addition to tree planting, Briley said the city has efforts that go past the treeline.

"We now have nine buildings with solar panels on the roof, and we just doubled that amount with panels on the new police headquarters we just opened," Briley said.

But despite those efforts, a recent study from Wallet Hub placed Nashville at 70th in its ranking of greenest cities in America, showing there's plenty of room for improvement for Music City.

"Our biggest effort is vehicular traffic, so we have to figure out how to get more people out of their cars," Briley said. "There are other cities doing more and we have to do more here in Nashville."