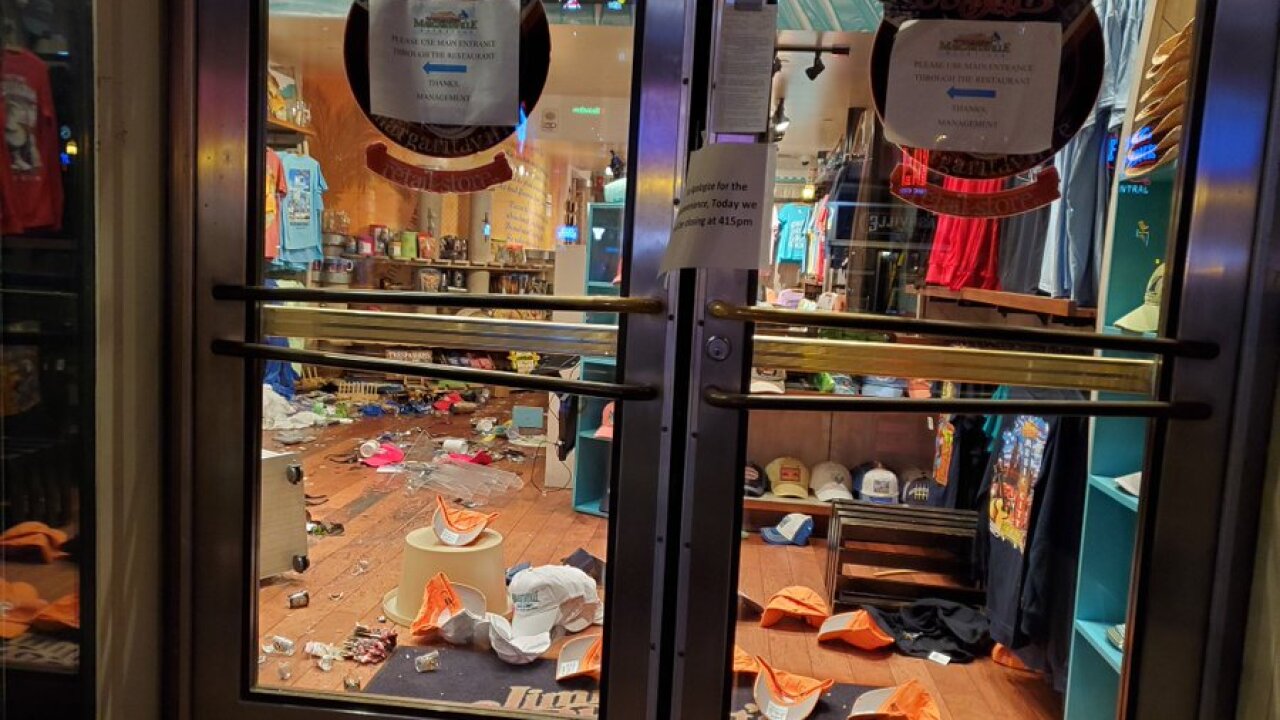 NASHVILLE, Tenn. (WTVF) — The curfew that was issued for Nashville following Saturday's destructive protests has expired.

Mayor John Cooper announced an 8 p.m. curfew for Davidson County on Sunday night, which was in effect until 6 a.m. Monday. The mayor spoke with NewsChannel 5 following a violent and destructive night in Nashville.

Watch the full interview below:

Thirty businesses and buildings in downtown were damaged, including Nashville's historic courthouse. Twenty-eight people have been arrested so far, with only three being from out-of-state.

The mayor called the violence and destruction that followed Saturday afternoon's peaceful rally an act of "hooliganism."

One of the items used to break the windows at the courthouse was a plaque honoring Diane Nash, a civil rights activist. The plaque was broke into pieces and thrown through various windows, including the office of Brenda Haywood, Nashville's first African American deputy mayor.

Mayor Cooper said Haywood's office was one of the worst damaged in the building.

The courthouse's sprinkler system helped diminish the damage by fires that were set, but Mayor Cooper said the sprinklers also caused further water damage to the building.

Late Saturday night, Mayor Cooper signed an executive order declaring a civil emergency for one week, allowing the mayor to set a curfew. It's currently unclear whether the curfew will be extended throughout the week.