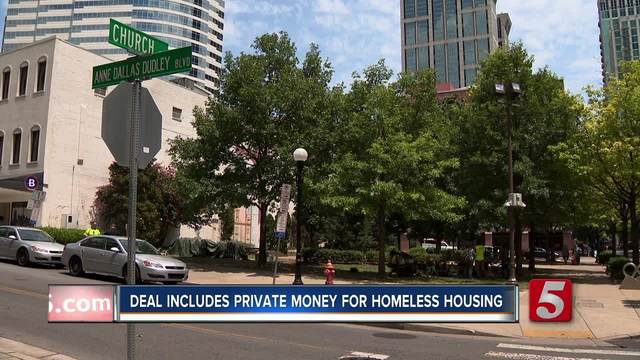 After years of inability to properly manage a Church Street park that sits directly behind the main library, city leaders have proposed a land swap deal that would redevelop the site entirely. 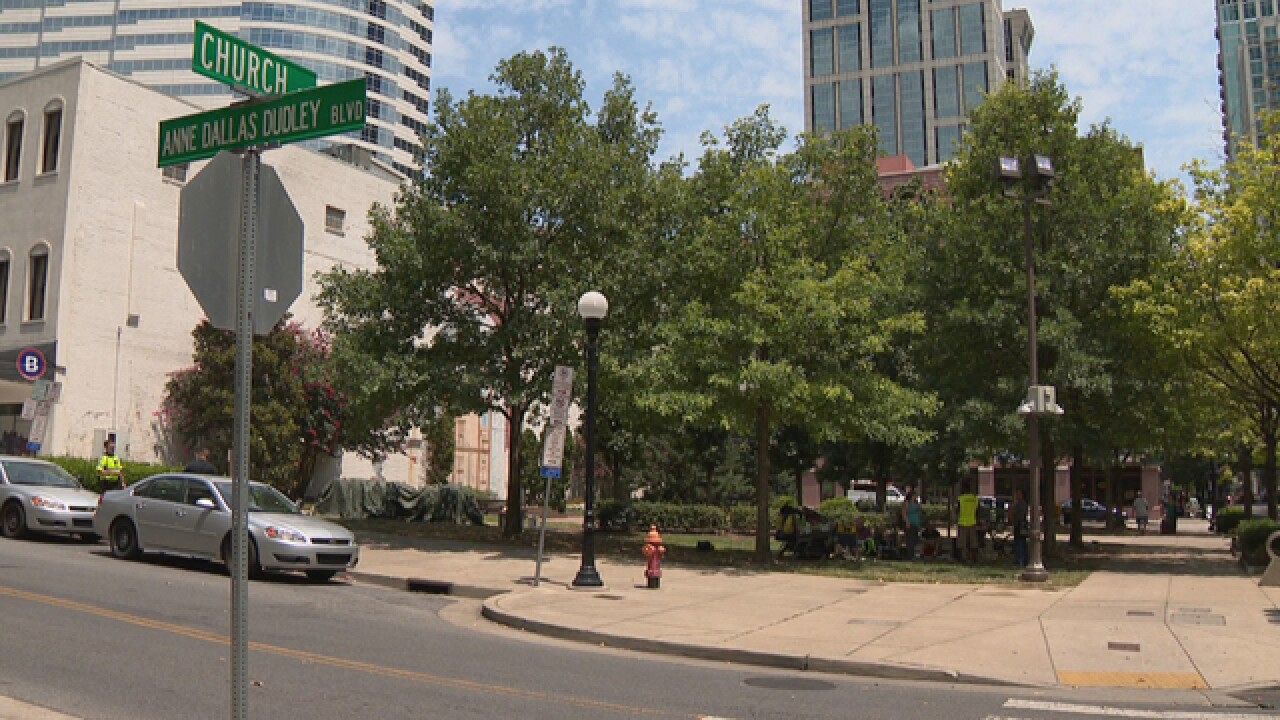 After years of inability to properly manage a Church Street park that sits directly behind the main library, city leaders have proposed a land swap deal that would redevelop the site entirely.

District 19 Council Representative Freddie O'Connell said he has fielded complaints about the park since he took office. Dozens of homeless congregate there daily. Various assaults and fights have forced Metro to post two police officers there around the clock.

On top of that, those who congregate there have taken to storing piles of personal belongings on benches. The city was forced to drain the fountain after people began using it as a shower and toilet.

That's why O'Connell calls Mayor Briley's proposal, which would give the land to a developer with plans to build a high rise, a win for the city as a whole.

There are several details that help him argue his case.

Under the proposal, developer Tony Giarratana would take ownership of the park. In exchange, he would gift the city with a piece of land he owns at 301 James Robertson Parkway. The property is currently a parking lot, but Giarratana would also give the city $2 million to turn the lot into a park.

Additionally, Giarratana would help the city as it plans and constructs a massive Homeless Services Center near the new jail. The center would include transitional services and 100 units of housing for those currently living on the streets.

O'Connell acknowledges some will say developer Giarratana is coming out of the deal with a prime piece of real estate worth much more, but O'Connell argues the city must seize any opportunity that helps solve its affordable housing crisis.

"I don’t have another way right now to build 100 units of permanent, supportive housing, create offices for the brand new homeless impact division, and deliver a full spectrum of services for people experiencing homelessness without the level of private investment that we’re getting," O'Connell said. "From an upside standpoint, there are some serious upsides to this proposal."

But for the people who congregate at the park with no other place to go, the proposal is another example of rapid growth leaving some even further behind.

"They don't need more condos for tourists to move into," said Kevin Hicks, who has been living on Nashville's streets since he was a teenager. "If you want us off the streets, house us."

Hicks argues the city's plan to build 100 units of housing is not near enough to help everyone. He knows some will be left to find a new place to stay.

The plan must be approved by Metro Council and the Parks Board. It also has go through a planning process before it can move forward. O'Connell believes it will take the rest of 2018 to complete that process.

If approved, construction could begin by 2019.