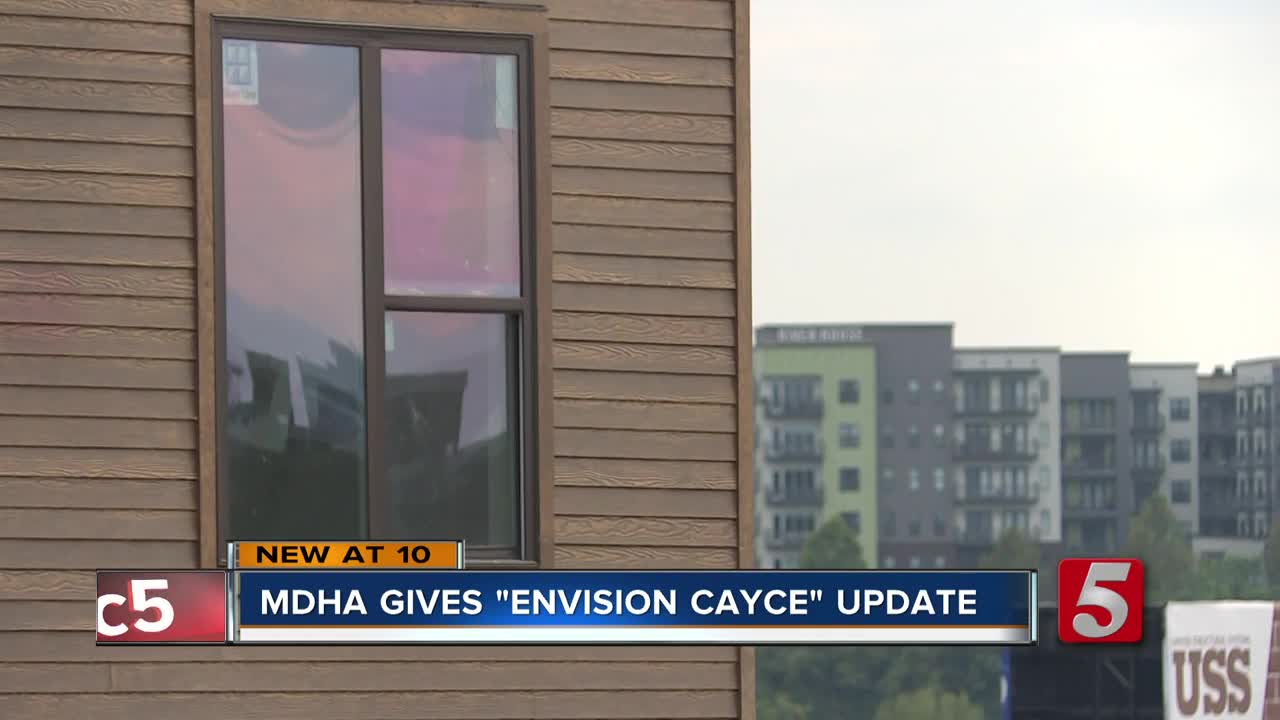 The Metropolitan Development and Housing Agency met with residents of the Cayce Homes on Thursday night to give updates on the ongoing Envision Cayce project.

NASHVILLE, Tenn. (WTVF) — The Metropolitan Development and Housing Agency (MDHA) met with residents of the Cayce Homes on Thursday night to give updates on the ongoing Envision Cayce project.

The multi-million dollar plan aims to renovate the MDHA property in East Nashville, turning it into a mixed-use and mixed-income development. The planning for the project started in 2013, and in 2017 the first residents moved into Envision buildings.

"It's such a great feeling, it truly is, just being with residents when they walk into their unit for the first time, it is truly overwhelming," MDHA Director of Communications Jamie Berry said.

Berry said there has been plenty of progress and dozens of residents have moved in. There are about six move-in dates scheduled in the coming weeks. Still, the department said the project's end is still far off.

"Envision Cayce is a marathon, not a race," Berry said.