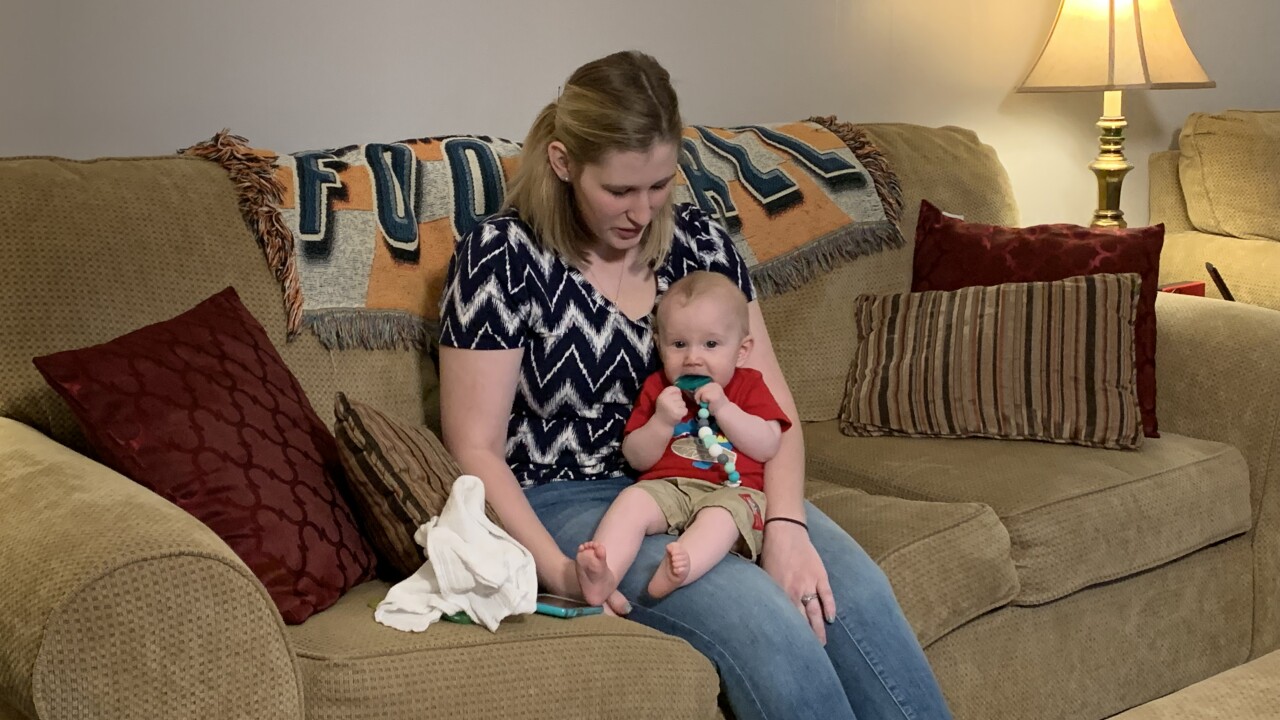 NASHVILLE, Tenn. (WTVF) — Uncertainty is perhaps the one constant in the daily life that has become Kelsey Ray's new routine after her son Dawson was born six months ago.

"He was six pounds, 14 ounces and he was pretty tiny, but now he’s just getting so big it’s kind of crazy!" she says smiling as she looks at Dawson who's holding on to a pacifier.

This six month old does not have his front teeth, what he does have though, is about two thousand dollars in medical debt.

"Luckily he doesn’t have to deal with a credit score it’s all on me," she adds.

Jokes aside, what Kelsey is facing is what countless other new moms are facing as well. She has insurance but her deductible is right around five thousand dollars. Meaning every trip with the doctor for Dawson is costing her. As a young mom raising Dawson on her own and working a full-time job, Kelsey doesn't have extra cash lying around for the medical bills that constantly keep coming.

"It’s something you could put off but in the long run it’s not going to make it easier, you just try to go with the minimum payments, sometimes you miss one because you have to worry about everything that is more important," she says.

Kelsey wouldn't trade anything in the world for Dawson, she just contemplates the current state of our medical billing system when she sees medical debt has no minimum age requirement.