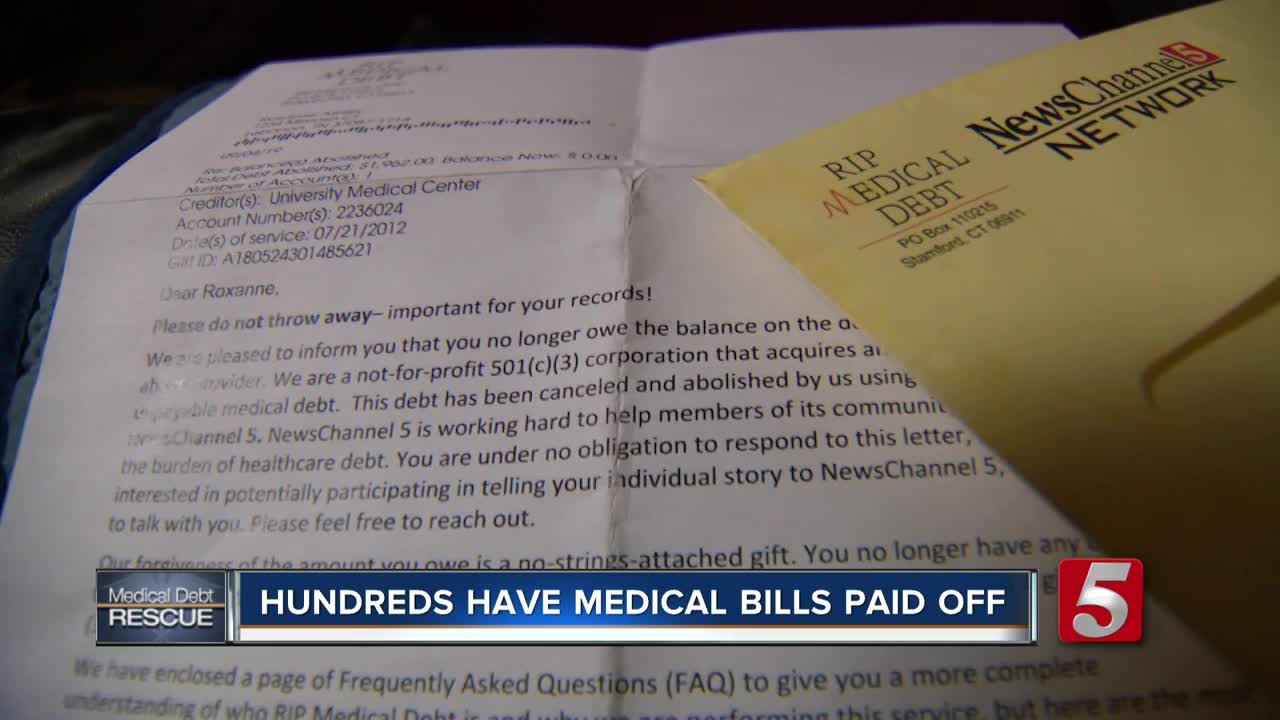 Rosanne Ashley received a yellow envelope in the mailing from NewsChannel 5, letting her know the remaining $1,900 she owed had been paid off. It was all possible because of a lopsided medical debt system. 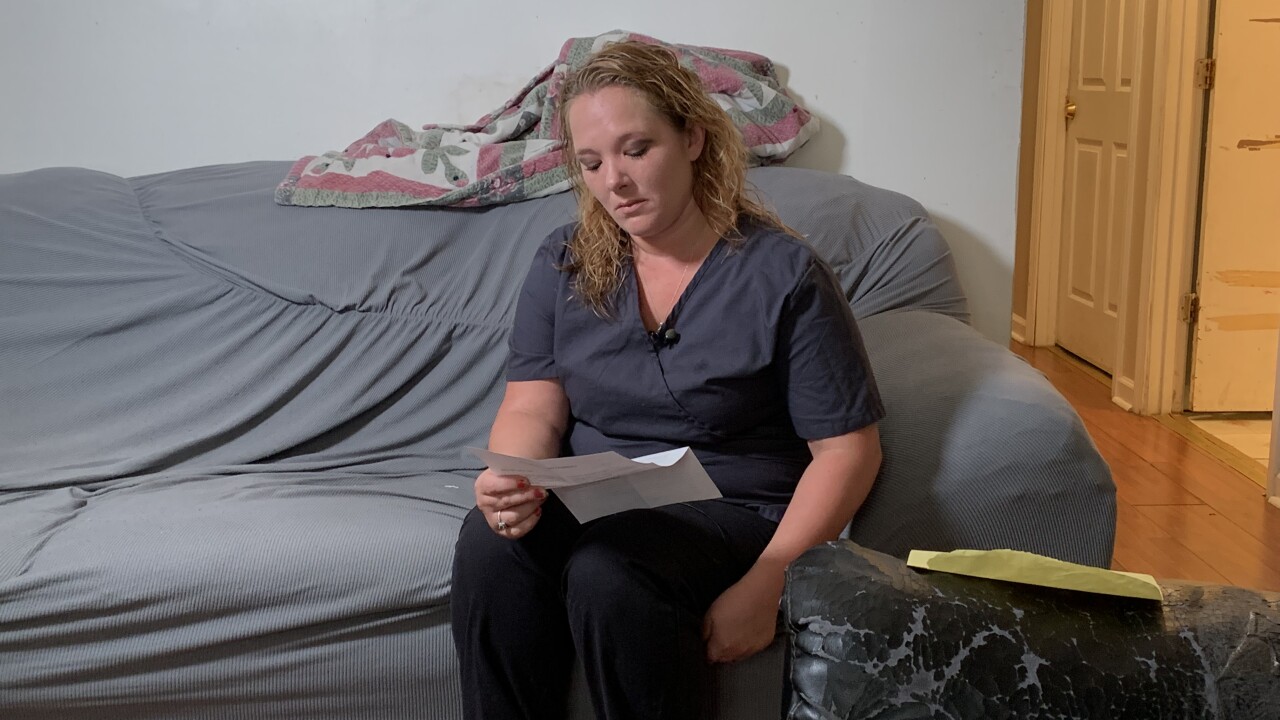 LEBANON, Tenn. (WTVF) — Every day 34-year-old Roxanne Ashley is terrified to check the mail, worried about the medical bills she knows she'll find.

"It's like a burden you can't get off your back," she said sitting inside the living room of her Lebanon home.

Ashley is a single mother of a little girl, the family typically lives paycheck to paycheck. A few years ago she needed kidney surgery and ended up with a nearly $3,000 bill for the procedure.

She did not have insurance at the time and is responsible for every penny.

"It's just stressful because you can't pay it," Ashley said.

On Friday though Ashley received a yellow envelope in the mailing from NewsChannel 5, letting her know the remaining $1,900 she owed had been paid off. It was all possible because of a lopsided medical debt system.

With a $20,000 donation, NewsChannel 5 wiped out $1.8 million in medical debt for 604 people across Middle Tennessee. There are no strings attached.

NewsChannel 5 had no control over whose debt was paid off. Because of HIPPA laws NewsChannel 5 is not allowed to know the names of those impacted. RIP Medical Debt took our $15,000 donation and purchased debt from debt buyers. The only stipulation is that those people must live in Middle Tennessee.

With her debt now gone, Ashley says she can focus on paying other bills.

"It just makes me so happy," Ashley said holding the yellow envelope.