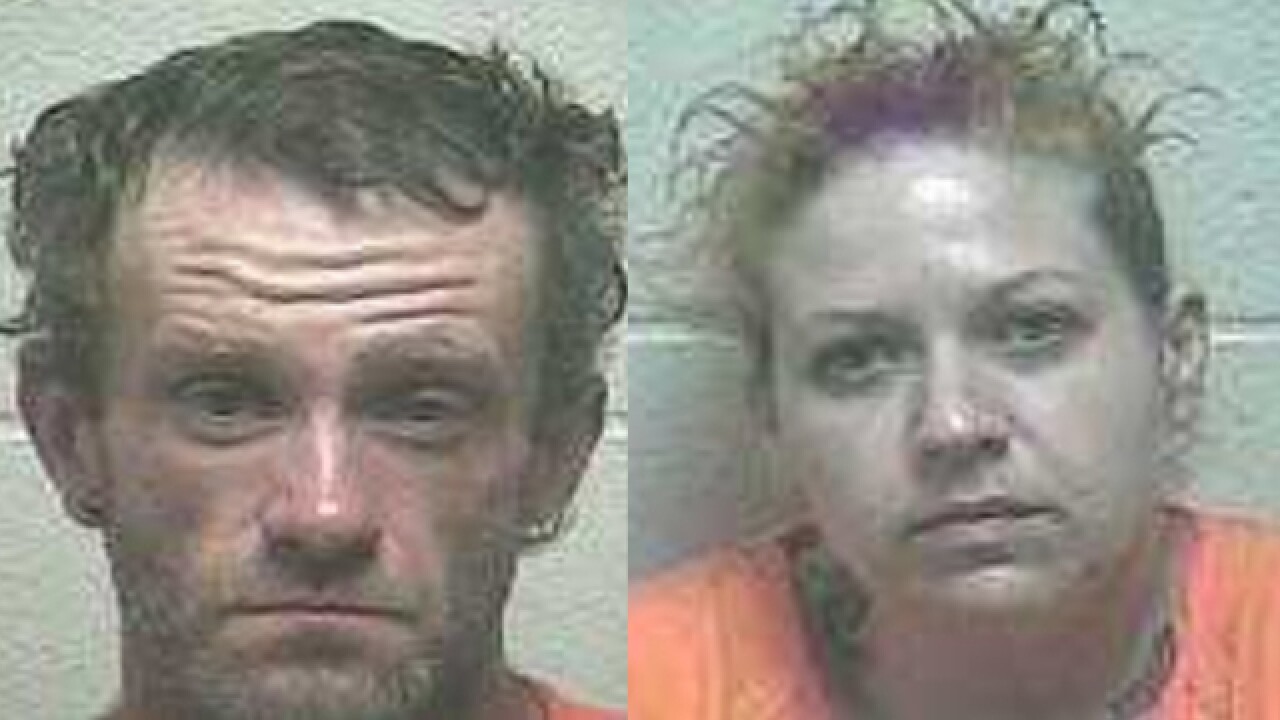 Authorities said a search warrant was executed at a home on Munro Road in the Rose Hill area on Wednesday.

Investigators had learned through various sources that 40-year-old David Scott Story was allegedly distributing methamphetamine from his home.

Authorities said they found Story and 34-year-old Melinda Shannon Sharma in a bedroom with numerous hypodermic syringes, marijuana, and small ziplock bags consistent with the packaging and selling of illegal narcotics.

They also found meth and glass pipes which are used to inhale meth.

They were booked into jail on a $122,000 bond each, and Sharma also had an additional hold for court on an outstanding probation violation warrant.

Officials said other suspects have been connected with this incident, and additional charges were expected.