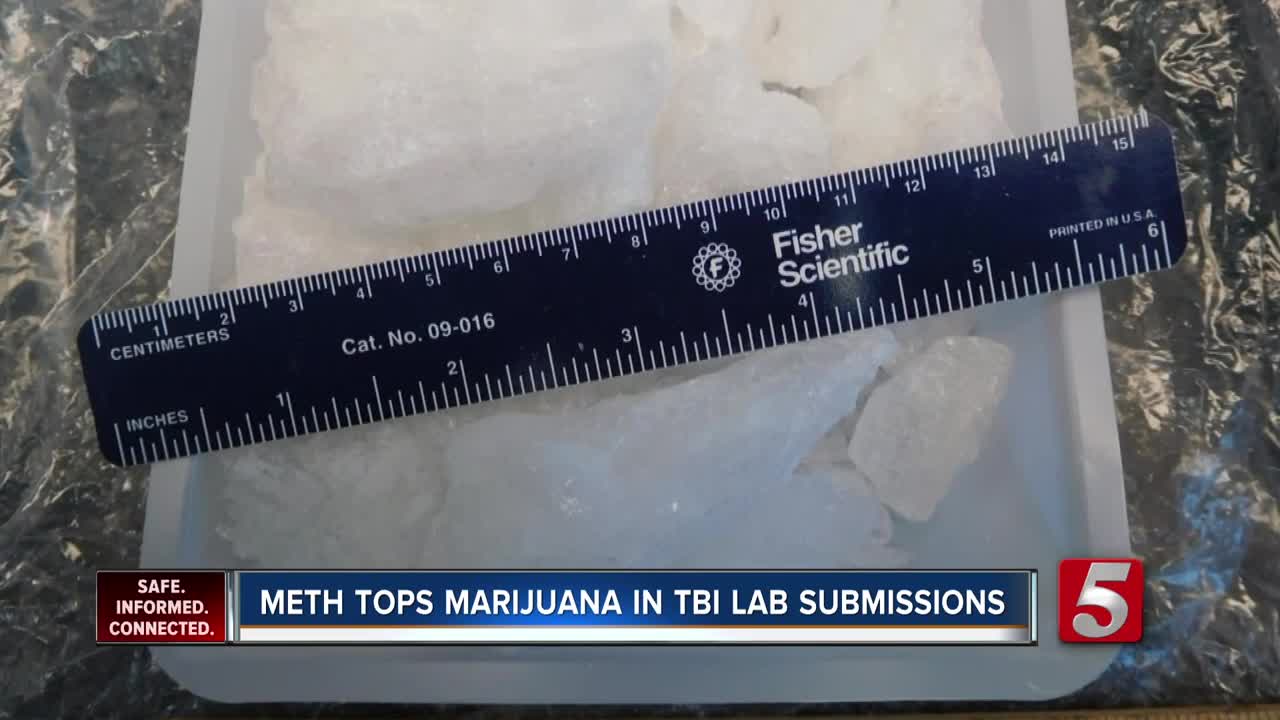 For the first time in the Tennessee Bureau of Investigation's history, methamphetamine surpassed marijuana as the "most-submitted" drug in the state in 2019. 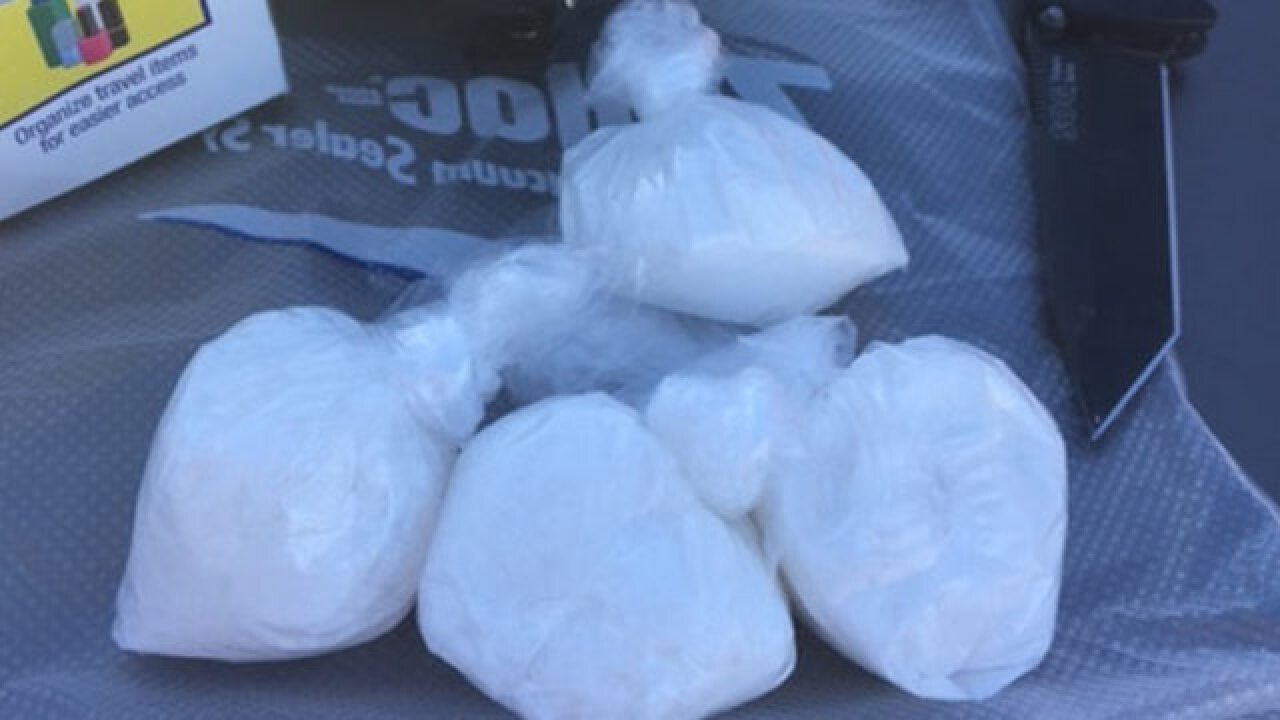 NASHVILLE, Tenn. (WTVF) — For the first time in the Tennessee Bureau of Investigation's history, methamphetamine surpassed marijuana as the "most-submitted" drug in the state in 2019.

Meaning, agents sent more meth to the TBI crime labs than marijuana last year. It's the first time that's happened since the TBI has been keeping detailed statistics.

According to TBI officials, laboratories in Memphis, Nashville, and Knoxville received a total of 9,795 submissions of marijuana in 2019, compared to 10,652 in 2018. Historically, the TBI analyzes approximately 10,000 submissions identified as marijuana every year.

“Drug addiction continues to be a major issue in Tennessee, and I believe this sharp increase in methamphetamine has a connection to our state’s ongoing opioid epidemic,” said TBI Director David Rausch in a press release. “Drug abusers often flow from depressants to stimulants and back again. As more people struggle with opioid addiction many of them will – with time – seek out stimulants like methamphetamine. Unfortunately, those who run drug operations, often based outside the United States, know there’s an increased demand here. Alongside our local, state, and federal partners, we’ll keep doing what we can to dismantle these operations, but we’d also urge anyone struggling with drug problems to get help before addiction costs you your life.”

Officials say use of Methamphetamine has continued to increase in recent years. In 2015 they had 3,748 submissions, which increased to 12,072 in 2019. At the same time, however, the state has seen a sharp decline in the number of meth labs over the past decade, indicating an influx in imported methamphetamine.

“The drug trade continues to evolve,” said Tommy Farmer, TBI Special Agent-in-Charge of the Tennessee Dangerous Drugs Task Force in a press release. “Though we’ve seen an increase, recently, in stimulants in our state’s illicit drug supply, I’m encouraged we’ve made progress in addressing other illicit drugs, like opioids. This data, however, proves we have more work to do. We will continue to do what it takes to address this problem from the law enforcement side and stand prepared to help law enforcement agencies across the state in this collective fight.”

“While our state’s addiction crisis continues to evolve, it’s important to remember that treatment for substance use disorder is effective, and people do recover,” said Marie Williams, LCSW, Commissioner of the Tennessee Department of Mental Health and Substance Abuse Services. “We want to encourage everyone, whether you’re living with an addiction or you love someone who’s struggling, there is hope for a new life in recovery.”

Both state agencies encourage those struggling with substance abuse issues to take advantage of free and confidential resources available through the Tennessee REDLINE. More information can be found online or by calling or texting 1-800-889-9789.