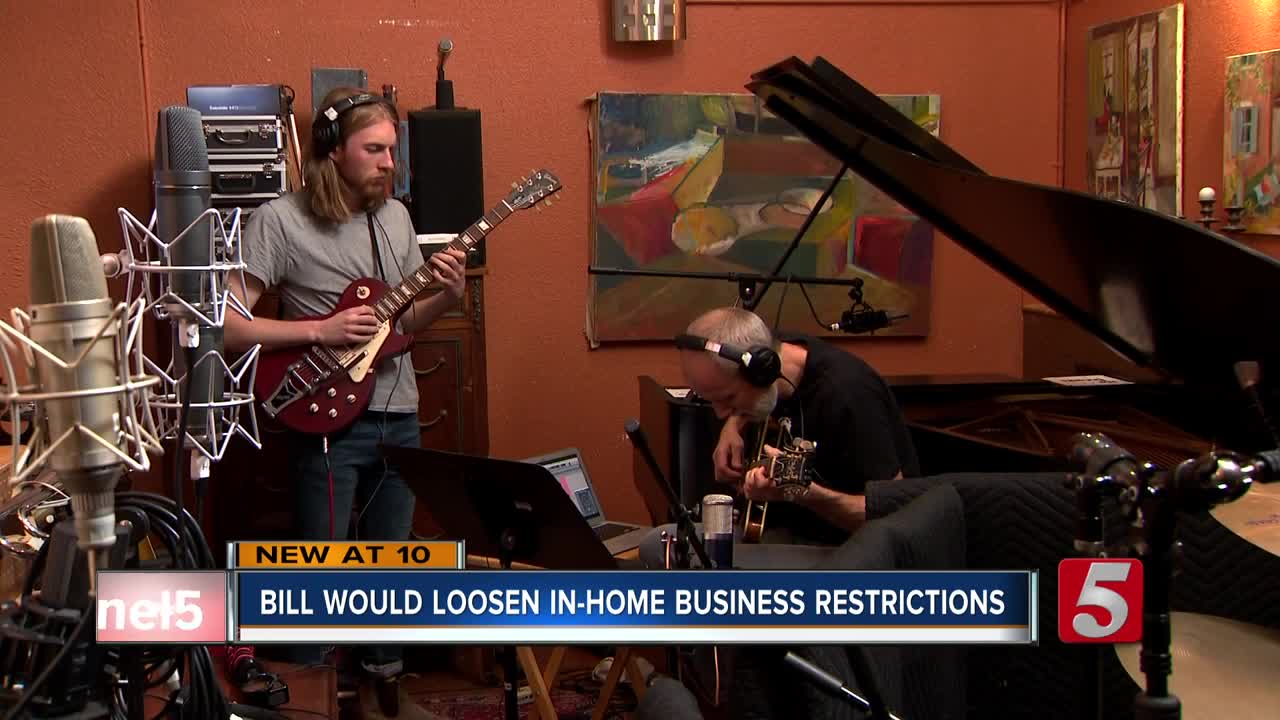 A bill introduced to the Metro Council this week would loosen restrictions on business run inside Nashville homes, allowing the business to host clients.

NASHVILLE, Tenn. (WTVF) — A bill introduced to the Metro Council this week would loosen restrictions on businesses run inside Nashville homes, allowing the business to host clients.

Right now, in-home businesses can operate in Davidson County, but they cannot host customers. For example, somebody giving music lessons for pay would not be able to have clients come to their home.

"I don't think anybody seems to remember how it got there in the first place," music producer Lij Shaw said. Shaw, who has a recording studio in his home, has first-hand experience with Metro's ordinances.

"I ran into trouble with metro in 2015, when I received, unexpectedly, a letter that says 'cease and desist operating a commercial studio out of a residence,'" Shaw said.

The problem? A line in the metro codes about home businesses that reads, "No clients or patrons may be served on the property." That line stretched beyond recording studios, impacting anybody running a business in their home.

"If its a sweet little old lady that wants to teach piano to kids in the neighborhood and has them come over to the house...that's not allowed," Shaw said.

The new proposal, introduced by Council Member Dave Rosenberg, would relax those restrictions. The bill, if passed, would allow customers to go to an in-home business, as long as the business follows certain rules. Rules include prohibiting signage on the house, restricting commercial traffic and deliveries, and only allowing customers during certain hours.

In a thread on twitter, Rosenberg said the current laws were restrictive because of Nashville's increasing cost of living, adding that the codes "create barriers" for kids seeking tutoring or lessons after school.

This is absurdly restrictive and causes an array of problems. Among them:

1. As our city’s cost of living continues to skyrocket, many residents need to make a few extra dollars to get by. Not being able to quietly do so out of one’s home makes this harder.

Rosenberg's proposal isn't the first time a change to the code has been suggested. A similar bill went before the Metro Council in 2011, and was voted down. During public comment at a meeting in July, 2011, several residents expressed concerns about traffic issues that could arise.

"That is just too much traffic on neighborhood streets that are not used to commercial traffic," one person said.