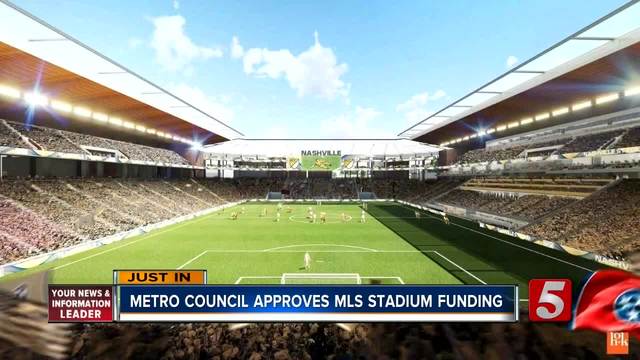 After months of build-up, Nashville is one step closer to landing a Major League Soccer franchise, after a vote by Metro Council Members. 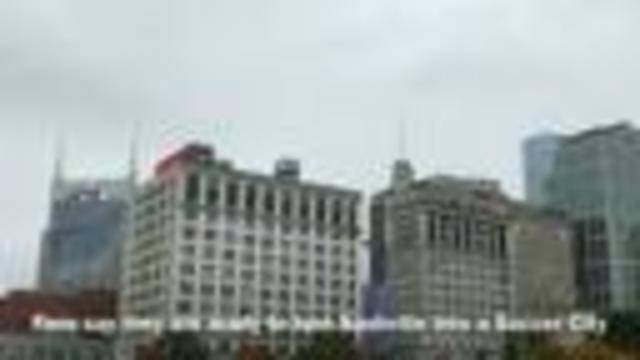 After months of build-up, Nashville is one step closer to landing a Major League Soccer franchise, after a vote by Metro Council Members.

Tuesday night, the council approved a resolution authorizing $225 million in revenue bonds to help pay for a proposed $275 million stadium.

Securing the financing means the city has met all the requirements set by MLS to land one of two expansion franchises, and the vote sends a message the city is serious about getting a team.

Under Mayor Megan Barry’s financing plan, the ownership team would pay $25 million up front and $9 million a year over 30 years to cover Metro’s annual $13 million debt for the $225 bond. Revenue from sales tax generated from the stadium, and a ticket tax would cover the remaining $4 million.  Metro would be on the hook if revenues fall short.

Throughout the process, critics have questioned a 10-acre private mixed-use development that’s part of the stadium plan. The plans call for a mix of affordable and market-rate housing, retail, restaurants, office and commercial space and a hotel.

Other critics have been long-time supporters of the Nashville Fairgrounds, and have expressed concerns about what the development will mean for the area. Mayor Barry has said the stadium plan preserves all existing uses of the fairgrounds.

Supporters spoke out at a public hearing held at the Fairgrounds on Oct. 24 and argued the team would be a good investment for the city, and soccer fans would be anxious to support the team.

Even though financing is in place, Nashville is not guaranteed to land a MLS franchise, however, the vote increases the city’s chances. Nashville is currently one of 12 teams vying for an expansion team.  MLS officials have said the final announcement will come in December.

If Nashville is awarded a MLS franchise, the council will still have to vote on two separate $25 million general obligation bond transactions to pay for fairgrounds improvements and infrastructure work.