Metro Council To Vote On New Location Of MLS Stadium 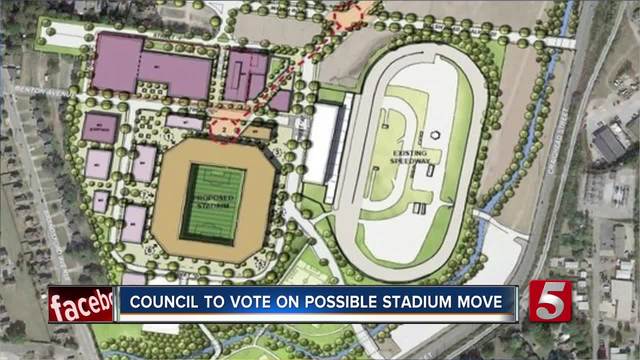 Metro Council will decide the fate of Nashville's Major League Soccer stadium after two council members drafted a resolution that would allow the stadium to move from its proposed home at the fairgrounds.

Metro Council will decide the fate of Nashville's Major League Soccer stadium after two council members drafted a resolution that would allow the stadium to move from its proposed home at the fairgrounds.

"I think it's absolutely ludicrous that we're going to give away ten free acres to somebody who has millions and millions of dollars. They can afford to buy it, but yet we're going to do it at the tax payers expense," said Steve Glover, Metro Council member.

Monday night, the measure was defeated at a budget and finance committee meeting. Many are concerned that moving the proposed location of the stadium will cause Nashville to lose its MLS team.

Glover said he is concerned the current deal isn't good for taxpayers.

"They say it's so we don't renege on the deal. There's no deal yet. We haven't signed a deal yet," said Glover.

Though there is a vote Tuesday, Glover said he's not hopeful that the resolution will move forward, but he said he will continue to fight.

"I'm going to keep doing what I believe I should be doing," said Glover.

"We believe that most Metro Council members understand the stadium location is final. An effort in Council to derail Nashville’s Major League Soccer stadium failed badly last month, and this latest attempt failed 7-2 in committee today. Failing to support the approved stadium site at the Fairgrounds will cost Nashville its MLS team."

Council members deferred the measure until their next meeting May 15.