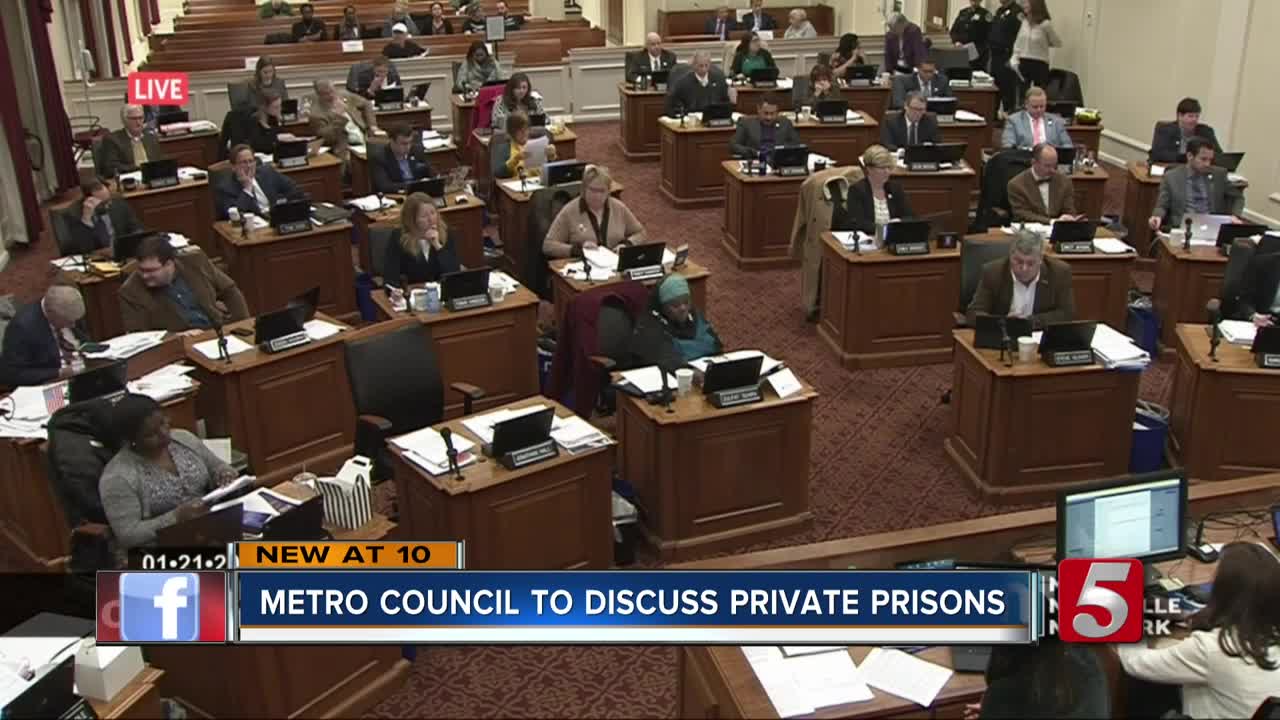 A bill introduced to the Metro Council this week would prevent the Metro Government from contracting private companies to run its detention centers.

NASHVILLE, Tenn. (WTVF) — A bill introduced to the Metro Council this week would prevent the Metro Government from contracting private companies to run its detention centers.

The Metro's contract with CoreCivic was slated to end on January 31. Officials say Metro entered into a six-month 'emergency contract' with the company as they figure out how to proceed in the future.

If the recently-introduced bill passes, the Metro government would be in charge of running the facilities.

"I think jailing people is one of the most basic functions that the government should do, should have, and it should not be in the hands of people making millions of dollars off of those inmates," Council Member Emily Benedict said. Benedict is sponsoring the bill introduced this week. She added that a government-run facility would be able to provide better services for employees and would be able to put more focus on rehabilitation of inmates.

But others, including Davidson County Sheriff Daron Hall, have expressed concerns about the cost of a move that puts the facilities in Metro's hands.

"This is potentially $10 million to $20 million dollars a year," Hall said. He added that he is neither for nor against private prisons.

A report released in 2018 said taking over the detention centers would leave a 16-million-dollar hole in the city's already strained budget.

"The reason why this bill is set to begin these operations in 2022 is because we can fund it by then, is the plan" Benedict said. "These things don't happen overnight. There's a lot of moving parts that need to be handled gently and correctly in order to make sure that when we pick this up, we do it...with the expectation that we can do it better."